League of Legends professional player Bae ‘Bang’ Jun-sik recently swapped Korea for North America, leaving fans questioning if the move was purely financially motivated, but one fan has a hilarious theory of their own.

Swapping Korea for North American isn’t exactly uncommon but in a post on the League of Legends subreddit, user Hey_its_Griff says they believe Bang has made the move to be close to Cloud9 player and cosplayer Zachary ‘Sneaky’ Scuderi. 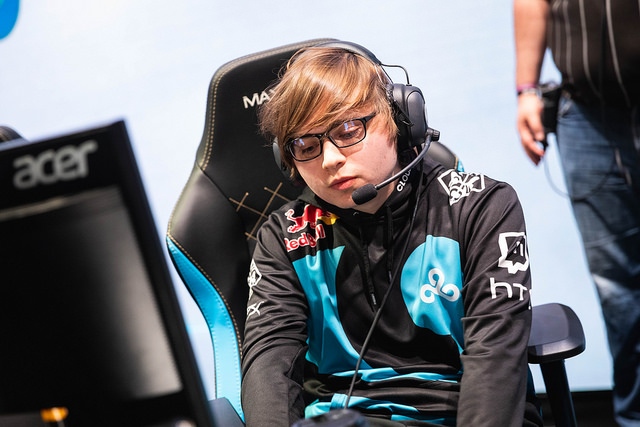 Despite being a top pro, Sneaky is also renowned for his cosplay of League of Legends characters

Picking up on a previous news article, Hey_its_Griff points out that Bang pledged to do a cosplay with Sneaky centred around the Xayah/Rakan characters if the pair made it to the All-Stars event.

The real reason Bang moved to NA to join 100 Thieves: Sneaky from r/leagueoflegends

Both Sneaky and Bang were voted to the All-Stars event by the fans, with the Korean confirming that he spoken to the C9 player but was still preparing his cosplay.

Hey_its_Griff goes on to state: “Bang clearly only came to NA to start his career as a professional cosplayer, and now that he and Sneaky live so close to each other everything is finally falling into place.”

It may not be a super serious post by Hey_its_Griff, but Bang and Sneaky are yet to fulfil their promise of a Cosplay from earlier in the year so fans will be hoping that the pair come through on that now seeing as they will be within close proximity to each other.