League of Legends to watch any of the players POV in-game at any time.

The current version of Pro View allows for fans to view everything that the pro players are doing on their screen, and G2 Esports star, Wunder, took advantage of this during their game against Vitality to send the fans a message. 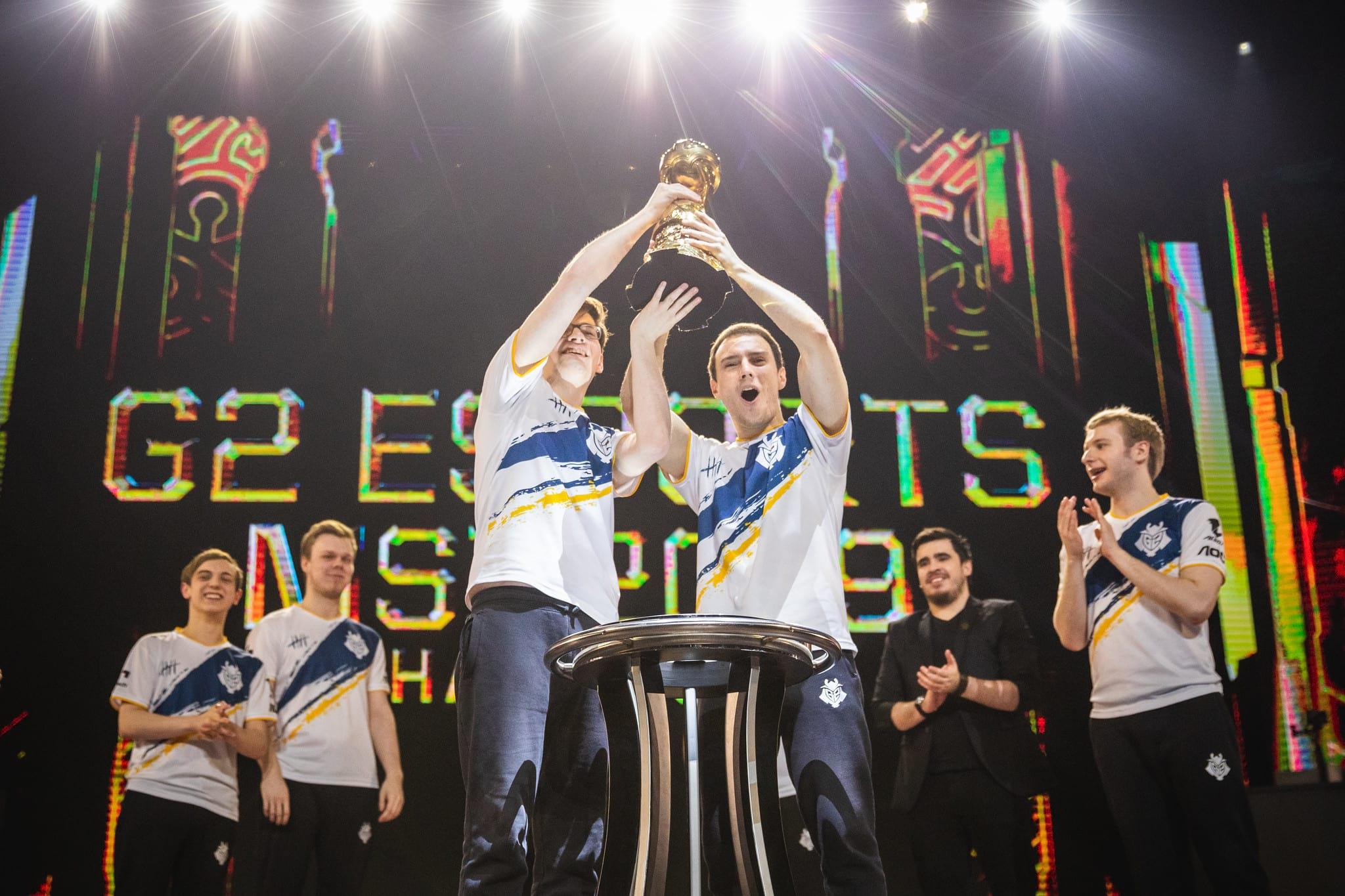 G2 Esports are widely regarded as the best team in the world after their win at MSI 2019.[ad name=”article2″]

During G2 Esports’ match against Vitatlity, they opted for a very unusual draft of champions which goes against the current meta of League of Legends and their success with the bizarre composition lead to Wunder’s confusion.

The MSI 2019 champion took the time to open up MS paint during a break in the action after they had picked up two quick kills and wrote out “What is going on?” for all of the fans with Pro View to see. 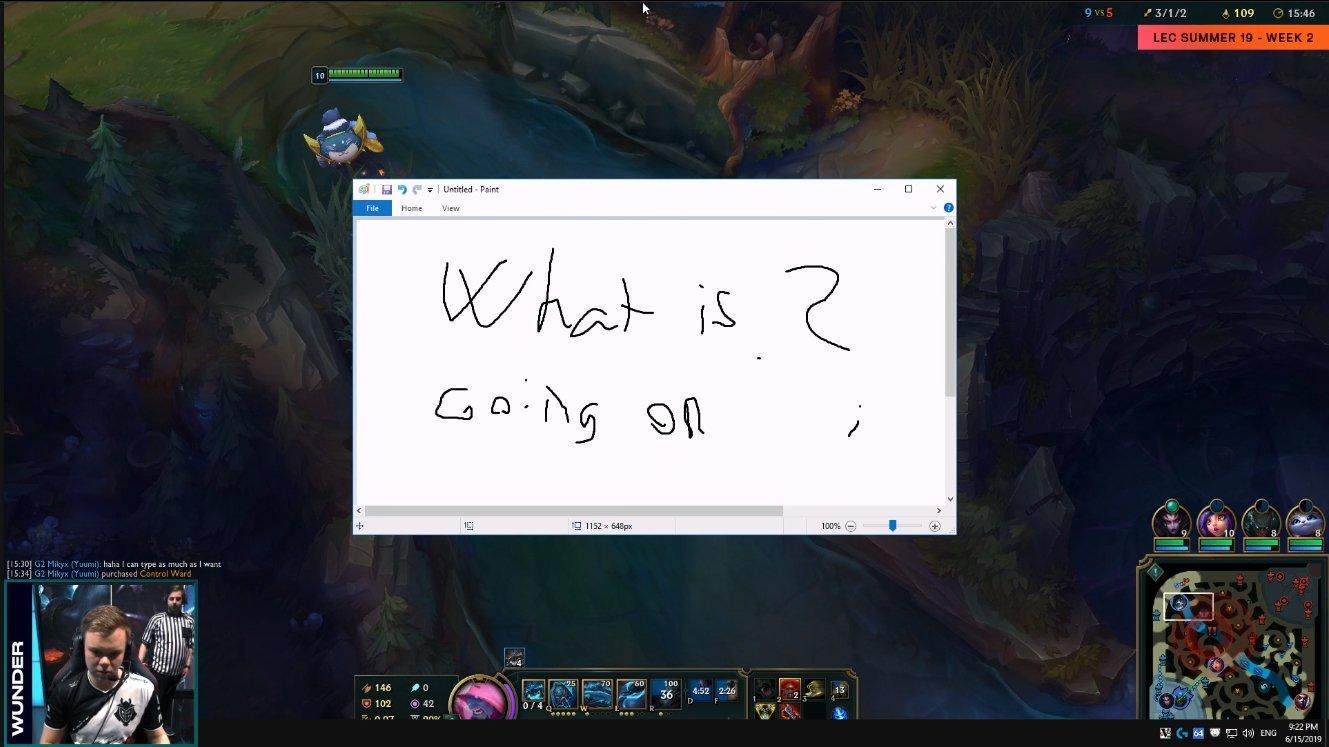 G2 Wunder opening up MS Paint during their match against Vitality.[ad name=”article3″]

The Dane later described the league match as a “clown fiesta” during his post game vlog due to their unusual picks and even revealed his reasoning for opening up MS paint, saying, “Honestly the game was like, so boring […] I decided to have some fun with the people watching my pro view stream.”

What was that whole Paint thing about? :thinking_face:@G2Wunder catches us up about everything from Week 2 of the #LEC Summer Split! pic.twitter.com/XuJ4wg0YRD

G2 Esports finished the game strongly only minutes after Wunder sent the message out to fans, as they racked up almost a kill per minute in what was a clear display of dominance from one of the best teams in the world.

The introduction of Pro View has seen some hilarious moments so far with pro players taking full advantage of the opportunity to even advertise their merch and social media channels using the POV streams and there will likely be more entertaining moments to come from it in future matches.