SK Telecom T1 were left stunned by European underdogs Splyce, as AD carry Kasper ‘Kobbe’ Kobberup pulled out all the stops — and all the watches — to keep his team in the game at Worlds 2019, with a miraculous last-second stopwatch to win a crucial teamfight.

Splyce were heavy underdogs heading into their matchup against Korea’s SKT. The third-seeded European team was touted to be no match to the three-time World champion heavyweights, with most people predicting a swift 3-0.

The series was headed on that trajectory after the European hopefuls were pummeled in games one and two of the series. However, with their backs against the rope, Splyce never stood down from the fight, and showed off their own skills to turn their fortunes around. 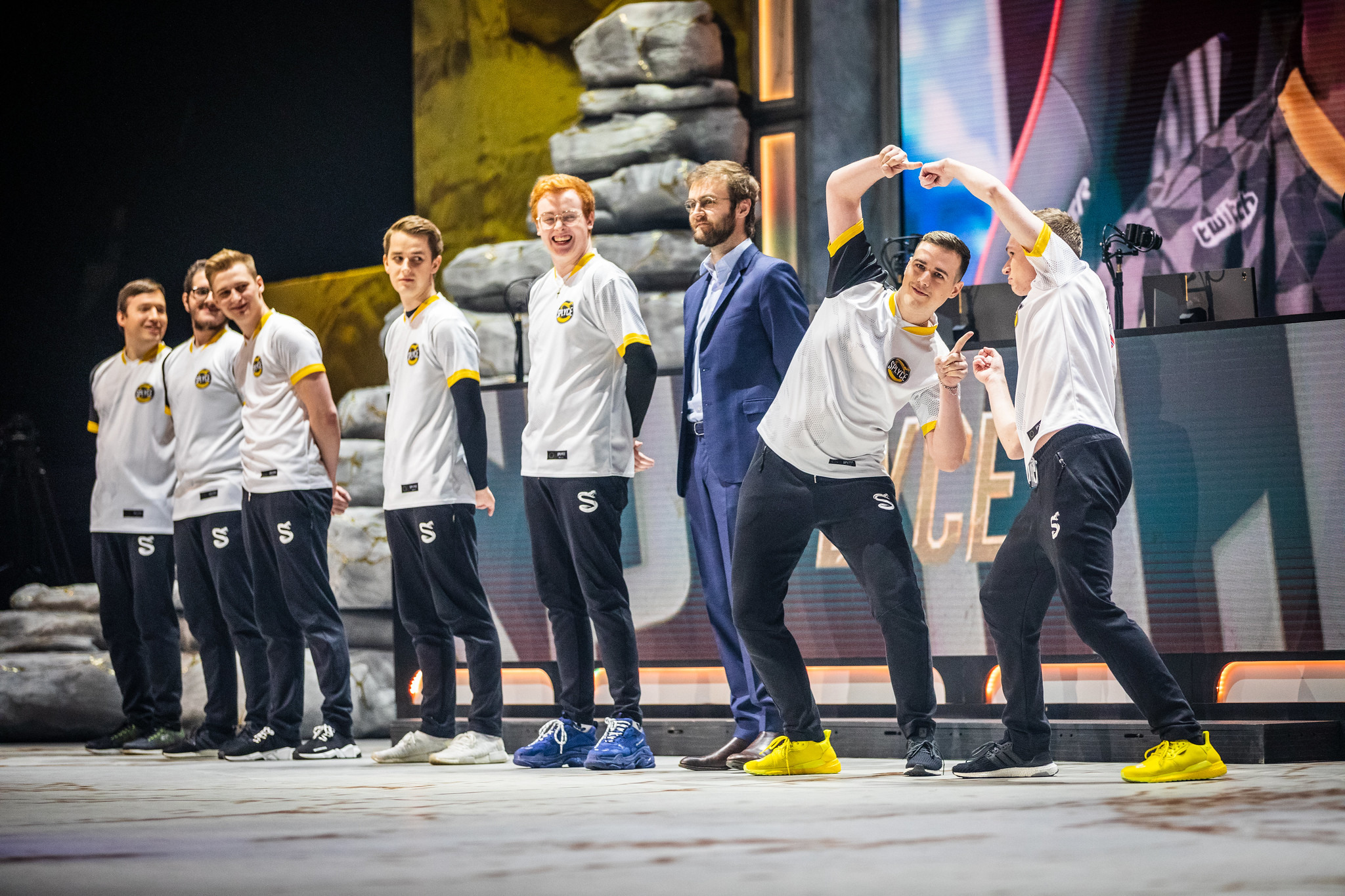 The game was on a knife’s edge with both teams dancing around the ever-powerful Baron buff to try and blow the game open. SKT’s jungler Kim ‘Clid’ Tae-min saw a window of opportunity to drag in Kobbe’s Kai’Sa with his Skarner Impale, gunning after the vulnerable carry.

However, with the press of one button, SKT were sent into shambles. Kobbe cast his stopwatch mid-way through the Impale cast, cancelling the ability and leaving Clid in no man’s land. With Cho ‘Mata’ Se-hyeong’s Thresh lantern on cooldown, Splyce pounced on Clid, taking him down and securing Baron control as a result.

From there, the game spiralled out of control. With the Baron buff in their hands, Splyce ran it down mid lane. The Europeans picked off Kim ‘Khan’ Dong-ha after an over-eager engage, before they stormed the game home after wiping SKT off the Rift.

Kobbe finished the game with a respectable 4/2/8 statline, although it was jungler Andrei ‘Xerxe’ Dragomir who put in a spectacular Rek’Sai performance that really propelled the team to the win. Finishing with a perfect 7/0/7 score, he constantly shut down Lee ‘Faker’ Sang-hyeok and Park ‘Teddy’ Do-hyeon in fights, rendering the carries of SKT useless.

But, people will be talking about Kobbe’s stopwatch for years to come. It was the crucial play that secured the underdogs the game win, and mounted the launchpad for a possible reverse sweep.

However, to the ire of Europe, Splyce fell victim to SKT less than an hour later, with the number one LCK seed closing out the series 3-1. The veterans were too strong for the rookies to handle, no matter how valiant the effort. 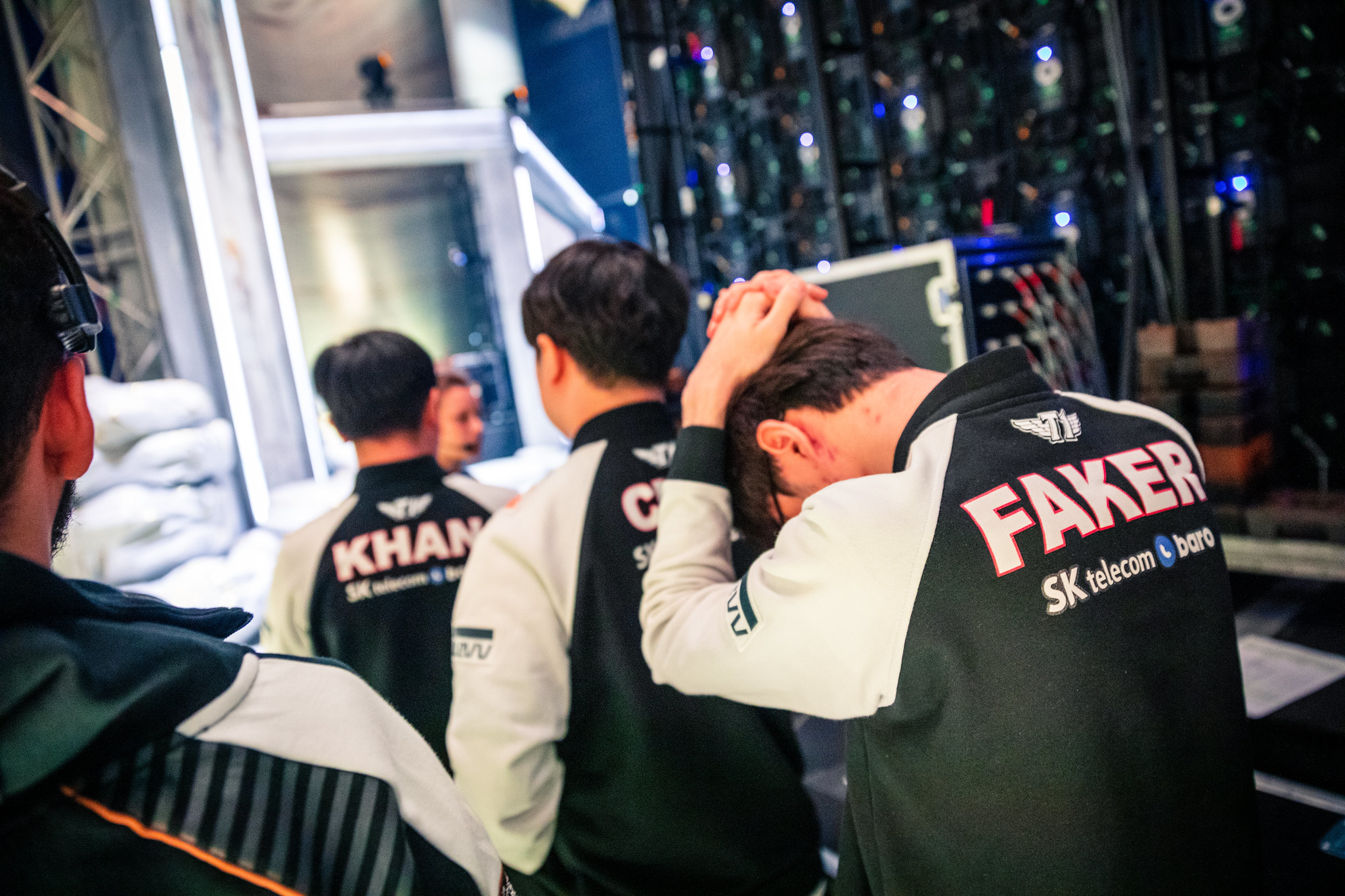 While SKT ended up winning the war, they were left a little embarrassed by this outplay by Splyce.
[ad name=”article5″]

For their first Worlds appearance though, Splyce can hold their heads high after climbing from the play-in stage to knockouts, a feat few teams before them have achieved.

SKT will now face off against Europe’s last hope, G2 Esports, in the semifinals on November 3 at 3am PST. You can keep up with all of the latest results via our Worlds coverage hub.