Team Liquid ADC, Yilliang ‘League of Legends match up between Team Liquid and TeamSoloMid at the LCS Spring Finals had a lot at stake, even with the owners of both of the organizations, as they placed a $100,000 bet on the match.

It resulted in a nail biting game five, where Team Liquid took the win after pulling off the reverse sweep comeback and winning the series 3-2, qualifying for the Mid Season Invitational 2019 in the process. 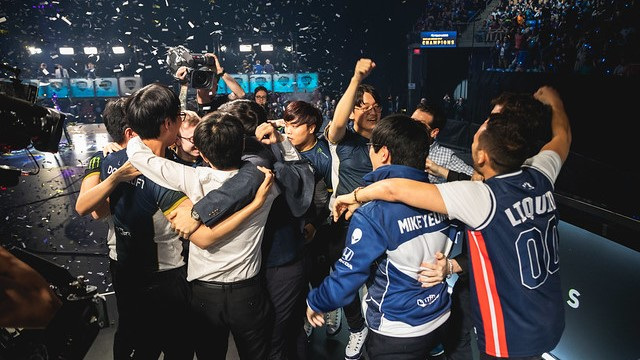 While watching the latest installment of TSM’s documentary series “Legends,” which covered the LCS Spring Finals, Doublelift took the time to explain to his fans why he feels that TSM talking about what went wrong post series does not help much overall saying, “It’s one of the worst things you can do.”

Doublelift then went on to detail what he feels is the best way to react to big losses by saying ”the best thing you can do is to say, this is really shit but we can learn from this, we can hang onto each other, lean into each other and support one another”

He also explained that you can never change the result after a big defeat and that it would be best for TSM’s League of Legends roster to just look forward to the next split instead of dwelling on the loss “you’re never going to be able to change it.”

Team Liquid will be competing alongside other League of Legends regional champions such as Sk Telecom T1, Invictus Gaming and G2 Esports in Vietnam on May 1 at the Mid Season Invitational event.

Team Liquid will be looking to improve on North America’s record at international League of Legends events with a great result at the invitational event.