League of Legends pro Zachary ‘Sneaky’ Scuderi was able to escape a dangerous in-game situation thanks to some incredibly fortunate timing.

Sneaky is one of the most famous LoL players in the competitive scene, having played at the top of North America since 2013 as a member of Cloud9.

He quickly gained a large following thanks to his incredible skills, entertaining League streams, and numerous mind-blowing cosplays of LoL champions.

In one of his recent streams, the American was able to escape a team gank thanks to some of the, possibly, luckiest timing ever seen. 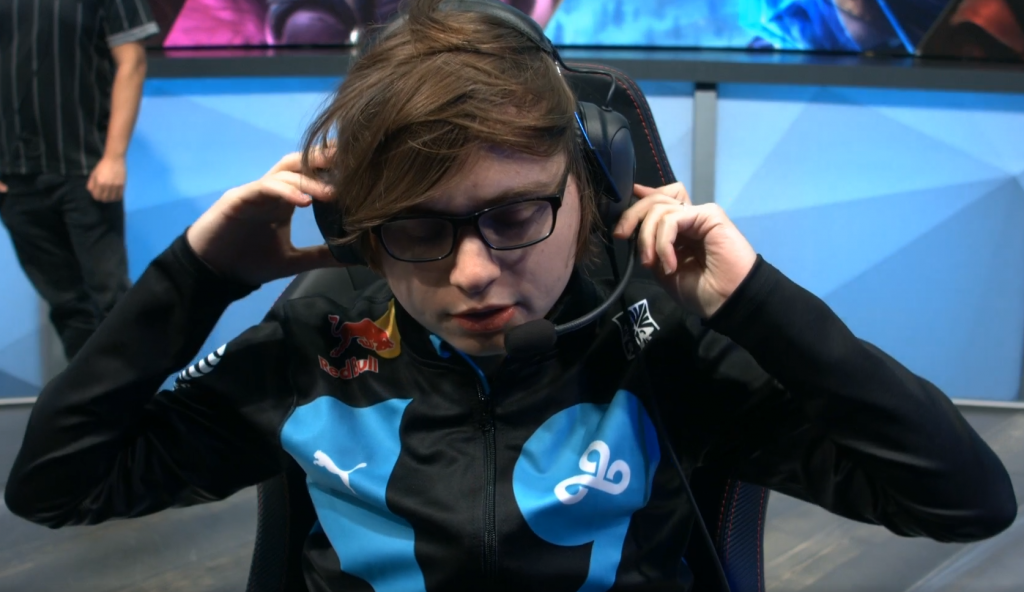 Sneaky has represented Cloud9 LoL since 2013.

On November 15, the popular pro was doing his usual League of Legends solo queue stream and stepped away from the game to grab a drink. He stood in what he assumed as a safe area, however, it was anything but.

Four enemies turned the corner only seconds later and opened fire on the AFK champion, only for Sneaky to return at the perfect time and move out of the way. If he returned even half a second later he would have died.

The incredibly fortunate, split-second, timing not only let him live but also revealed the position of the majority of his opponents. The American couldn’t help but enjoy the situation, letting out a quick “pfft” and a flashing a cheeky smile.

However, Sneaky’s luck didn’t last long, as he was the victim of many other ganks throughout the game and ended up losing fairly convincingly.

This was one of the American’s first streams after a tough World Championship event, where Cloud9 fell in the group stage.

He will likely continue streaming throughout 2019 as the year’s competitive season has come to an end. In addition to LoL content, Sneaky will no doubt be showing off more cosplays, and perhaps even trying out Riot’s card game, Legends of Runeterra.