No different from any other competitive card game on the market, Hearthstone incorporates a great deal of luck into the core gameplay loop. When you manipulate the situation at hand and perfectly guess the outcome, it can lead to some hilarious and satisfying moments.

When you’ve crafted a powerful deck in Blizzard’s collectible card game, luck will play a large role in determining success as you’ll want to draw the right cards at the right moments.

Professional player and Twitch streamer Dima ‘Rdu’ Radu knows all too well how the effects of Random Number Generator (RNG) mechanics can impact gameplay, yet he proved absolutely mystical when predicting his luck in a recent match.

Throughout an October 21 broadcast, the pro player demonstrated not only his deck-building prowess but also his immense experience of how to manipulate RNG in his favor.

With the board stacked against him in a highly-ranked Legend matchup, it seemed almost impossible to rebound. With one free card at his disposal to open his turn, Rdu set forth a perfectly predicted chain of events that would drastically alter the outcome of the game.

“Tortollan [and] Flamestrike?” He questioned, before reaffirming that relying on luck was indeed his best move in the given scenario. Tortollan Pilgrim is a 5/5 Mage card that allows for one random spell in your deck to be cast on a random target at no mana cost.

As Flamestrike is an area-of-effect spell that deals four damage to all enemy minions, praying that it popped up after activating Tortollan was all the streamer could do. Starting his accurate shot-calling streak, low and behold the Flamestrike appeared and subsequently wiped all but two minions from the board.

“Do we completely obliterate him? The streamer pondered, as though he had already seen the outcome of a future play.

Using Frostbolt to effortlessly help clear the board, Rdu then followed up by playing Zephrys the Great, another highly luck-dependant minion that can draw a ‘perfect card’ if a deck is free from duplicates. Calling it yet again with precision in tact, he wished for a Hungry Crab to clear the final Murloc on the board and the RNG gods delivered. 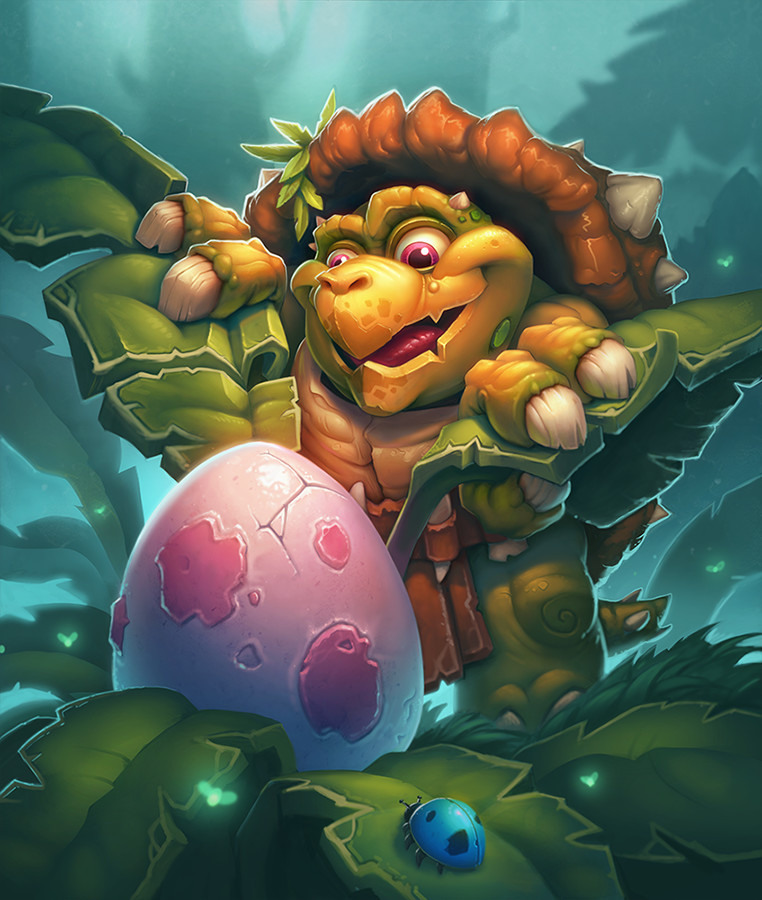 The Tortollan race was first introduced in the Journey to Un’Goro expansion.
600[ad name=”article5″]

“How do you like them apples,” he joked as the play came to an amusing end. A flawless streak of predictions eventually led to the victory as his opponent quit the match shortly after being schooled by some crazy luck.