New cards can let your turn last forever in Hearthstone

Hearthstone’s new “Saviors of Uldun” expansion released on August 6, and players have discovered that a certain combination of cards and a little help from the RNG gods can make your turn last basically forever.

Saviors of Uldun is Hearthstone’s latest expansion and brought 135 new cards for players to collect and use in games.

Creative Hearthstone enthusiasts have now found that by using a certain combination of a few of the new Uldun cards, they can make their turns last virtually forever. 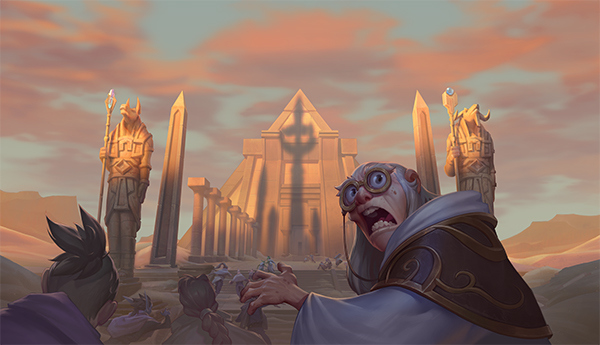 An endless Hearthstone turn is just as terrifying as it sounds to go up against.
[ad name=”article2″]

Hearthstone YouTuber Shiju was able to pull off the right combo to make their turn last for over 20 minutes in a new video that’s just as hilarious as it is impressive.

Without going into the fine print of the strategy – Shiju first reduces the cost of all the cards in their hand after burning through their deck, then summons a “Generous Mummy”, who makes opponent’s deck cards cost one less.

After this, they play “Shadow of Death” on the Mummy, which makes three copies of the card and places it into their empty deck slot, so it’s the only card in the deck. Then the King Togwaggle card is used to switch Shiju’s and their opponent’s decks. 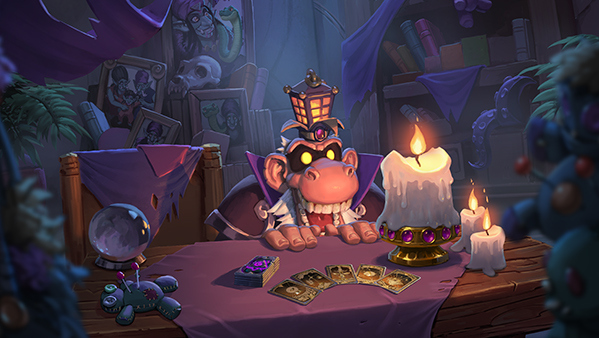 That look when the Hearthstone RNG lets you pull off the endless turn.
[ad name=”article3″]

Dancing Swords is then played and destroyed by Shiju, which forces their opponent to draw a card which summon the mummies, thanks to Shadow of Death, and depletes their deck.

Once all that is done, the loop begins when Shiju played “Sonya Shadowdancer”, which adds a 1/1 copy of a minion to your hand after it’s destroyed at a cost of 1 mana – which reduced to 0 with all their active buffs.

After that, Shiju summons Zephrys the Great, which lets players choose from a selection of three cards, based on what is best for the current game state for the player, determined by an internal algorithm.

At this point, Shiju is running out of time for their turn, which is where Nozdormu – who makes each turn reset to 15 seconds – comes in.

By repeatedly summoning, destroying, then resummoning both Zephrys and Nozdormu, Shiju is able to keep their turn going indefinitely and get all the cards they need to finish off the round without having to draw from the deck or end turn.

How do we make our own Hearthstone infinity loop?

All this strategy really requires is the right cards placed into a deck with no duplicates, since Zephrys won’t grant cards with duplicates in the player’s deck.

Once you have all the cards and the right deck, all that’s left to do is pray to the RNG gods that you get the right combination in your hand to pull this ridiculous move off. 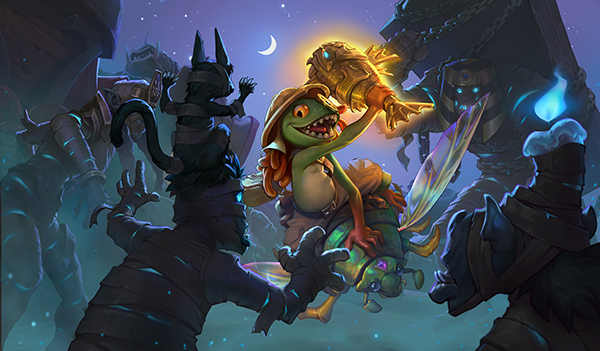 With a little luck, your opponents won’t know what hit them.
[ad name=”article5″]

This strategy is definitely one your opponents won’t see coming, but like everything in Hearthstone, being able to pull it off all comes down to the luck of the draw – once you have all the cards, of course.