A deck combo making the rounds in the Hearthstone community shows just how crazy the game’s Wild mode can get.

In Hearthstone’s Standard multiplayer matchmaking mode, only cards from the last two calendar years along with the standard base cards can be used.

But in Wild mode, any Hearthstone cards that have ever come out can be placed into a deck together, which can allow you to dominate the course of play, with a little help from the RNG gods of course.

Wild lets players use any Hearthstone cards that have ever been introduced.
[ad name=”article2″]

So what makes this deck so special?

Reddit user GamerDNA720 posted a video of the deck in action, which allowed them to completely wipe their opponent’s side of the board on the six-mana turn.

First, GamerDNA played two Counterfit Coins from the Mean Streets of Gadgetzan set, which give the player one additional mana crystal each. 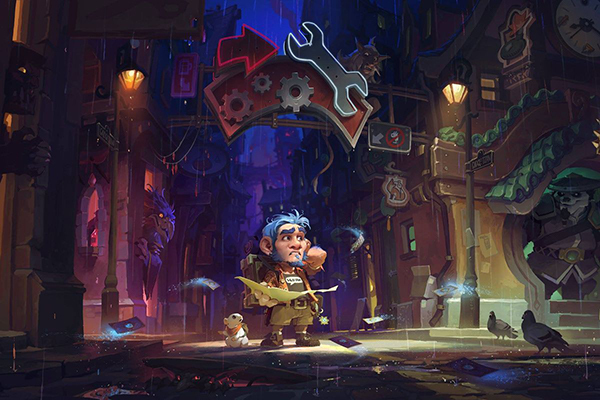 The Mean Streets of Gadgetzan expansion was released back in 2016.
[ad name=”article3″]

After that, they use their newfound eight mana to summon Sneed’s Old Shredder from Goblins vs, Gnomes  – which summons a random Legendary minion from their deck.

This is where the luck part of things comes into play, because the random minion summoned was Y’Shaarj, Rage Unbound, from Whispers of the Old Gods, that puts a random minion from the player’s deck onto the battlefield at the end of their turn.

After attacking, GamerDNA ends their turn which activates Y’Sharrj and brings a Kobold Illusionist (Kobolds and Catacombs) onto the field, which summons a 1/1 copy of any minion in a player’s hand.

They use this to summon Sylvanas Windrunner, who can take control of one enemy minion – and clear the opponent’s side of the board before their turn even starts.

How do we pull this off for ourselves?

As we said before, it’s the deck (and some help from the RNG gods) that makes this combo possible, and GamerDNA was nice enough to provide the deck list for the combo.

The deck is built under the Rogue class and features a wide variety of cards from different expansions, as seen below:

The total cost of all the cards in the deck comes out to 12,000 dust, which can be a pretty penny for some players, if they don’t have the cards already.

As with any Hearthstone strategy, this one takes some luck to pull off, but if you can build the deck, you’re already halfway there.