Hearthstone gave players a look at a new group of cards for the upcoming “Descent of Dragons” expansion, including a couple of legendaries.

The Descent of Dragons expansion was announced at BlizzCon 2019 and is set to be released on December 10, 2019, with new cards slowly revealed before then.

Hearthstone streamer Jeffrey ‘Trump’ Shih said in a video that Descent of Dragons would be “the strongest expansion to ever hit” the game.

“There have been some insane cards revealed, some of which would have easily made the top ten list in previous expansions. Now I’m wondering if the rest of the spoilers that we get will continue to be this powerful.”

It seems Trump may have been on to something after all, especially after players saw the new cards revealed on November 26. 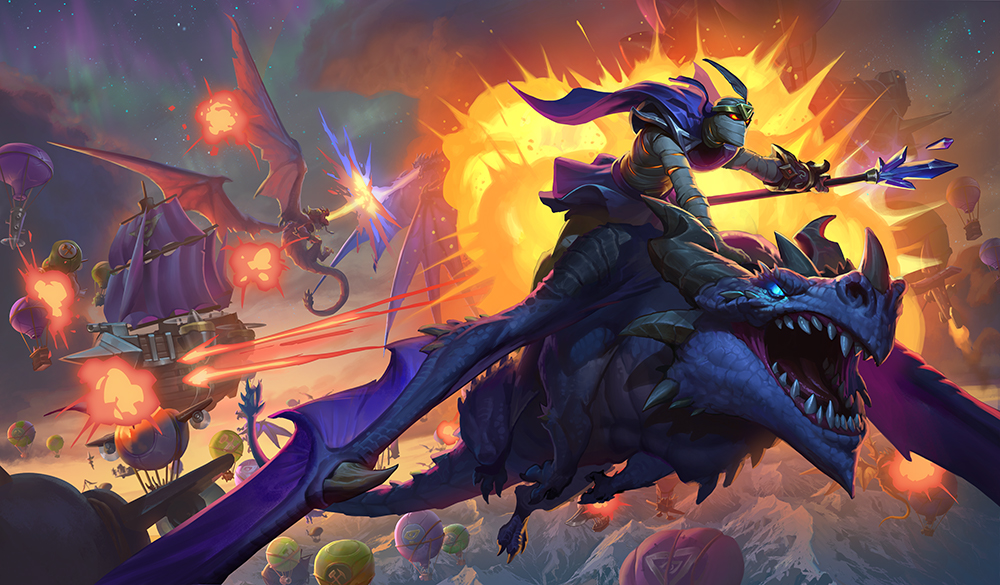 Descent of Dragons is the latest expansion for Hearthstone.

The new Rogue legendary “Flik Skyshiv” was first revealed by Hearthstone YouTuber Firebat with a skit describing the card’s effect.

Skyshiv comes with a Battlecry that allow a player to select a card to be destroyed, along with all of the copies of it no matter where they are. 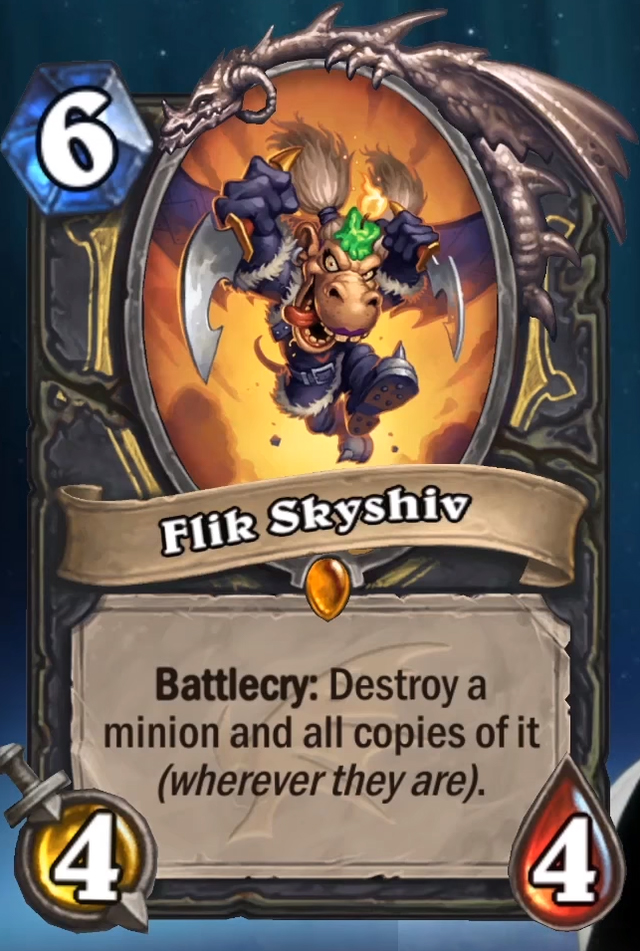 The new Warlock legendary card is called Valdris Felgorge and it comes with a battlecry that’s almost perfect for the class.

Felgorge makes it possible for a player’s hand to hold 12 cards total and allows them to draw four cards from their deck immediately to help fill it out. 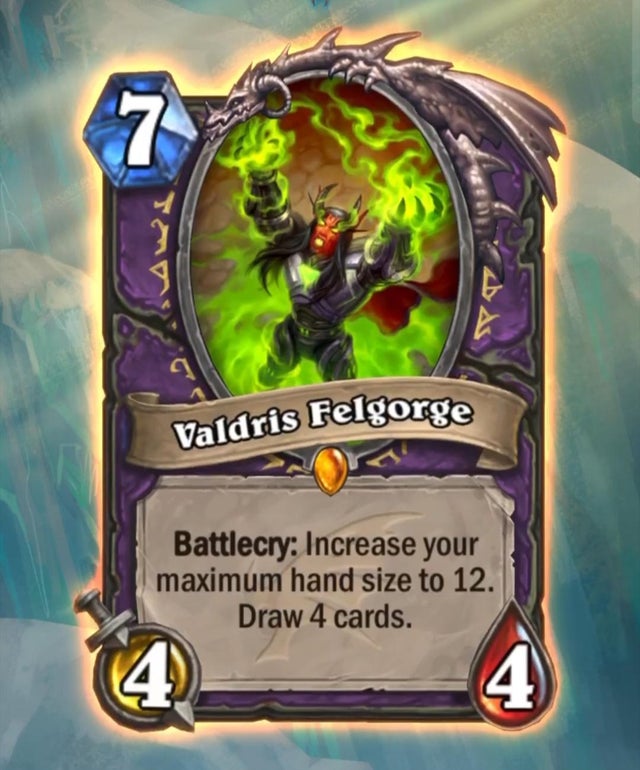 In addition to the two new legendaries, there was also a common Warlock card named “Abyssal Summoner” revealed as well.

Abyssal Summoner’s Battlecry, appropriately enough, summons a demon with Taunt and attack/defense equal to the number of cards in the player’s hand.

There are still a few weeks before Descent of Dragons is released on December 10, plenty of time for more expansion cards to be revealed and for players to find out if this really is the most OP expansion set yet.