Battlegrounds is the newest mode coming to Hearthstone but some players who don’t have early access aren’t thrilled with quests for the mode popping up in the main game.

Blizzard surprised fans at Blizzcon 2019 with the announcement of Hearthstone Battlegrounds, the publisher’s take on the popular Auto-Battler genre.

The mode is currently in closed beta for all BlizzCon attendees and Virtual Ticket holders, but quests for Battlegrounds are already popping up in the main game.

What’s the issue with Battlegrounds quests in Hearthstone?

Reddit user SoggyBreadCrust posted a picture of their daily quests, which included one requiring them to play two Battlegrounds games.

Players also pointed out that the Hearthstone feature giving players the option to get rid of one quest a day, for whatever reason, was now gone as well.

Battleground’s early access is currently available to everyone who was at BlizzCon or purchased a Virtual Ticket, but those who didn’t have to purchase access to the new mode.

Forcing me to get early access for battlegrounds? from r/hearthstone

For players who rely on daily quests to get gold, which is used to buy Hearthstone packs, it can definitely be frustrating to have a quest you can’t complete, and can’t get rid of.

But there’s good news, no matter how annoying the early access may be for some players, they won’t have to wait very long at all for the Battlegrounds open beta to begin.

The open beta for Battlegrounds is set to begin on November 12, giving all Hearthstone players the chance to try the new mode out and finally complete their quests. 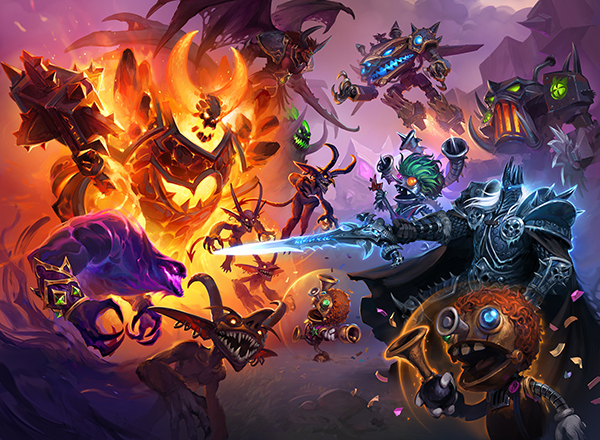 The Battlegrounds open beta is set to start on November 12.
[ad name=”article4″]

What else is coming to Hearthstone?

Battlegrounds was only part of the upcoming Hearthstone content announced at Blizzcon 2019, along with a brand new expansion.

The expansion will launch on December 10, and it is likely to bring something new to Battlegrounds, as well as the base game.