Success in Hearthstone is heavily dependent on luck and this play showcased some of the most unbelievable luck you’ll ever see in Blizzard’s collectible card game.

Composing a powerful deck is one thing, but actually drawing the right cards in the right moments is what will determine the success rate of said deck.

Sometimes, it doesn’t matter how far down you are on the board or how little HP you have left, the Random Number Generator (RNG) gods can bless you and change your luck for the better as this recent highlight proved.

In an October 29 clip, a mobile Rogue player was met with some remarkable luck in a matchup against a Priest. With a deck molded around stealing cards, the Rogue had already played his three mana 3/3 minion, Blink Fox.

This unique Beast adds a random card to your hand from your opponent’s class-type. With luck on their side, Blink Fox miraculously generated Bwonsamdi, the Dead, a Legendary Priest card. 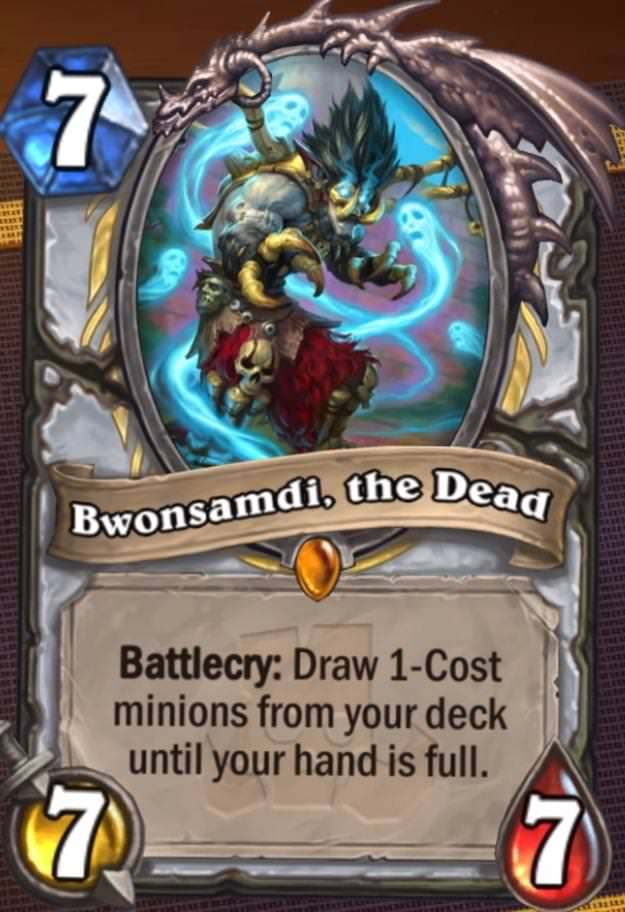 This powerful Legendary should not have ended up in the hands of a Rogue.
600[ad name=”article3″]

Playing entirely into the favor of a patient, mech-based Rogue build, this Priest card filled their hand with one-cost minions and the results were devastating.

Having drawn eight Pogo-Hopper’s, for the low cost of just two mana, the Rogue was able to drop 20/20 worth of attacking power and health onto the board. With absolutely no way to predict and counter such an absurd stroke of luck, it’s safe to say that the Priest was left befuddled.

With a total of six powerful minions now on the board, and a mere five cards in the opponent’s hand for the next turn, it seemed only a matter of time until the match was wrapped up.

While Priest players do have access to a good amount of board clearing spells, with six additional Pogo-Hoppers in hand for the Rogue, all absurdly buffed, the Priest would have needed some crazy luck of his own to regain momentum.

Blink fox did well this time! from r/hearthstone

Not the only insane showcase of luck, recently a Hearthstone professional called his shots with impeccable accuracy to sweep his opponent in a single turn.

With BlizzCon 2019 just around the corner, you can use our Ultimate Guide to keep on top of all things Hearthstone related.