There’s not much information out about Halo: Infinite right now, but we do know there won’t be any paid loot boxes after a tweet by 343 Industries Studio Head Chris Lee on September 19.

Lee denied there would be loot boxes in the game on Twitter, in response to Halo Youtuber HiddenXperia retweeting a report that said Halo: Infinite would include a microtransaction system.

“Can’t say I’m even remotely surprised, but I’m still extremely disappointed,” HiddenXperia tweeted before adding that he hoped if there were microtransactions, that they wouldn’t be invasive. 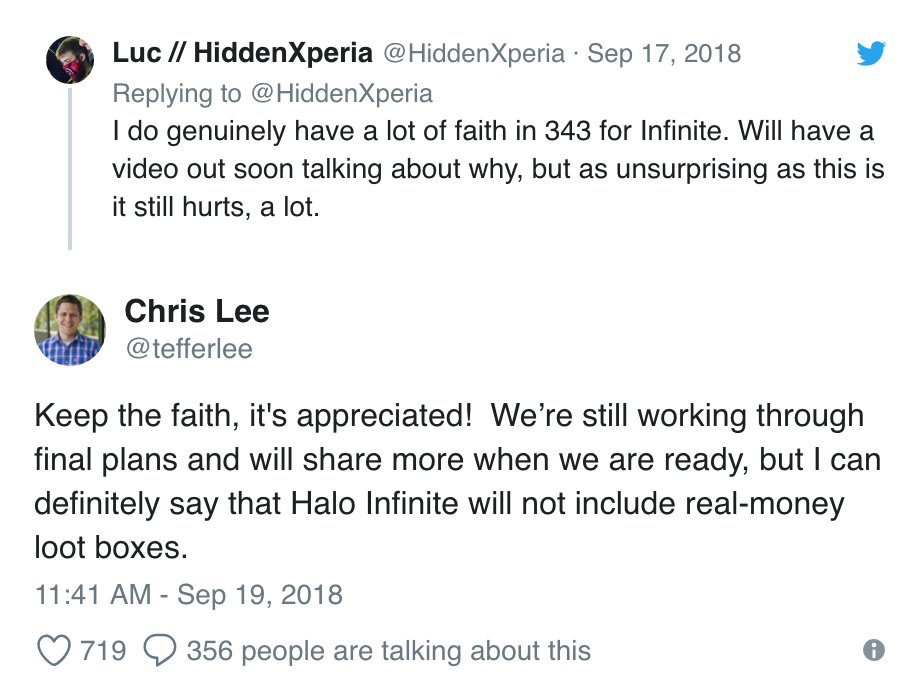 “We’re still working through final plans and will share more when we are ready,” Lee Tweeted.

So although it looks like there will be microtransactions of some kind in Halo: Infinite, what those will look like or how much they will affect gameplay remains to be seen.

Halo: Infinite was announced at E3 2018 and will be run on the Sllipspace engine, an entirely new engine developed by 343 Industries for the game.

It’s also been confirmed that Halo: Infinite’s story will pick up where Halo 5 left off, other then that details have been scarce, but the news that there won’t be lootboxes has been welcome to many in the Halo community.