Following rumors from a supposed ‘insider’ that the upcoming Halo Infinite will feature its own, unique battle royale mode, 343 Industries’ own Frank O’Connor has replied.

There have plenty been rumors about the upcoming Halo installment, as long time fans speculate about what will be included in the game. A battle royale mode would follow recent gaming community trends, as FPS giants Call of Duty and Battlefield have both incorporated battle royale modes off the back of Fortnite’s incredible success.

These rumors were sent into overdrive on April 19, after Brad Sims made a YouTube video stating that a unique battle royale mode will be included, as well as the game being made on an enormous $500 million budget. 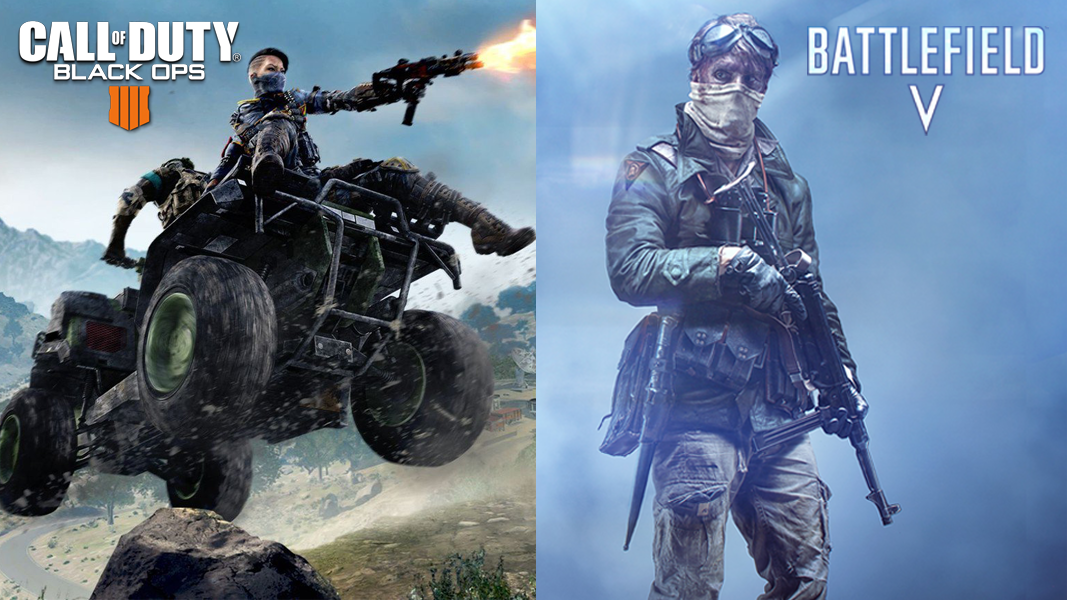 What have Halo developers said in response?

Given the understandable attention this video drew from Halo fans, 343 Industries employee and Halo Infinite developer took it upon himself to reply. The reply, on popular video game internet forum ‘ResetERA’, states that they [343] will not discuss the game’s content in detail “until they are ready”.

“I haven’t watched the video so if I am misinterpreting the headline as “‘Halo Infinite is launching with/as a Halo Battle Royale mode” that is still not the case,” O’Connor continues. “You can probably make your own Battle Royale mode in Forge even right now though. It’s a mode not a genre.” 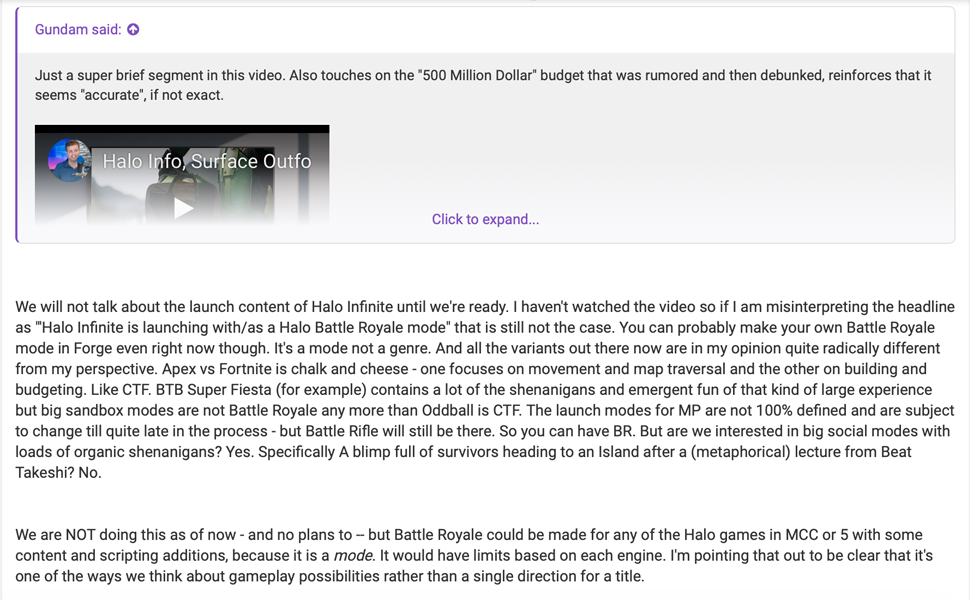 The post goes on to compare Apex Legends and Fortnite, pointing out the incredible variety that is already on offer in regards to battle royale games.

It finishes by stating that they are not currently working on a specific battle royale mode in the same way Call of Duty incorporated Blackout. However, Halo’s customisation possibilities make a battle royale mode potentially plausible, particularly given the fact that launch modes are “subject to change till quite late in the process”.