The Rock would be the perfect GTA V protagonist - Dexerto
GTA

The Rock would be the perfect GTA V protagonist

A talented artist reimagined what Dwayne ‘The Rock’ Johnson would look like in Grand Theft Auto, using the series’ infamous art style to depict the popular action star.

Rockstar Games has long been praised for the art style featured on their video game boxes, as well as the loading screens for their titles. So much so, that the style has now become synonymous with the iconic developer.

A talented artist decided to show fans of the series what the iconic action star The Rock would look like in GTA V, and it’s awesome.

The Rock in GTA

Reddit user ‘rnphoto‘ designed The Rock in the GTA V art style, with a backdrop that closely resembles but isn’t Vice City. The neon glow and palm trees swaying in the background work together to capture a true Miami spirit, making the movie star look like he’s a protagonist from the game.

The car the actor is standing in front of is actually a real model: the Koenigsegg Agera. He looks extra menacing when you notice the pistol he’s holding in his hand too. 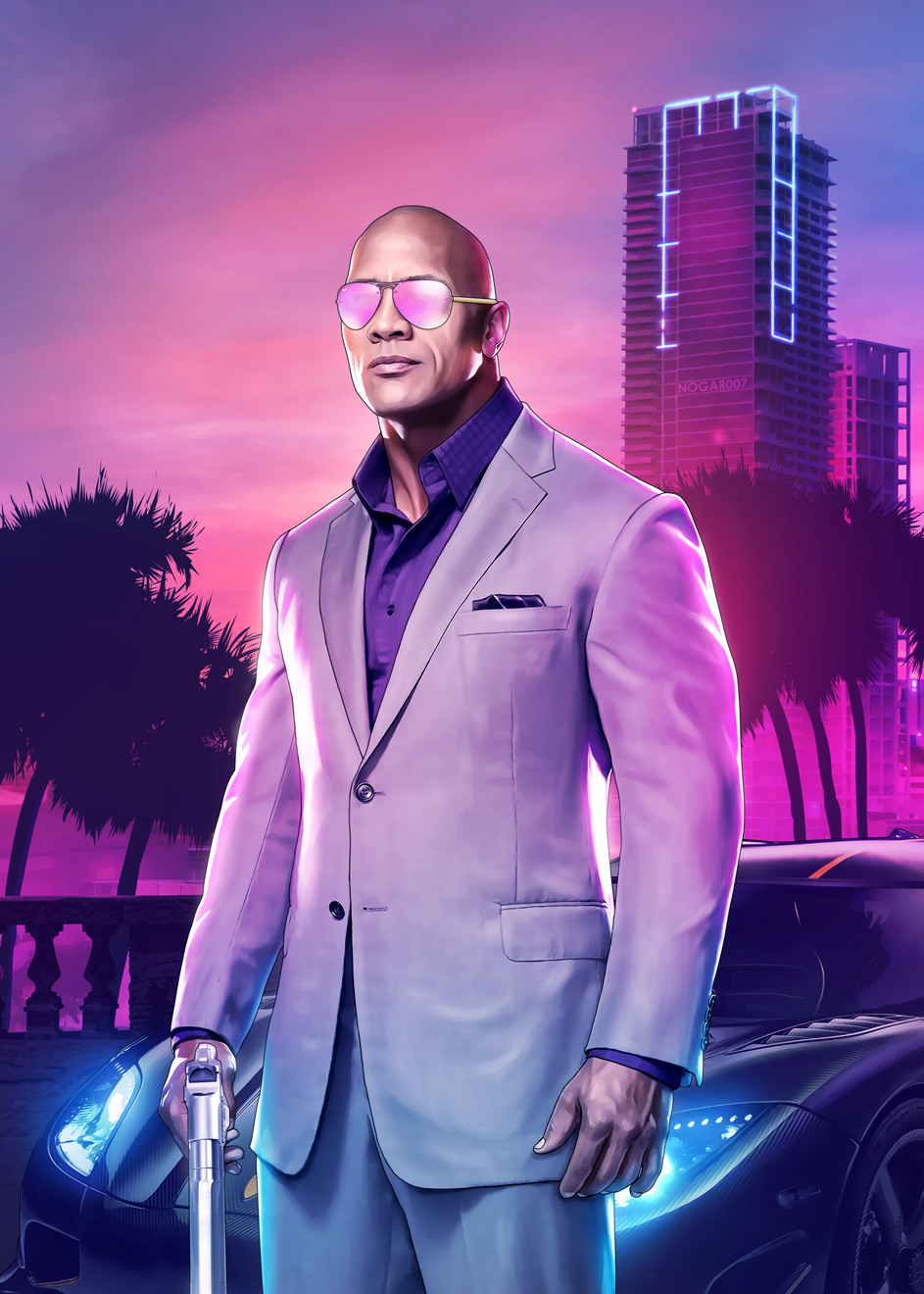 The artist has actually drawn The Rock before in the same art style a year prior, except this time, he looks much more friendly as he leans against a car in front of Los Santos.

The drawing gives off some serious Fast and Furious vibes, and could double as a poster for a game set in the movie series’ universe. 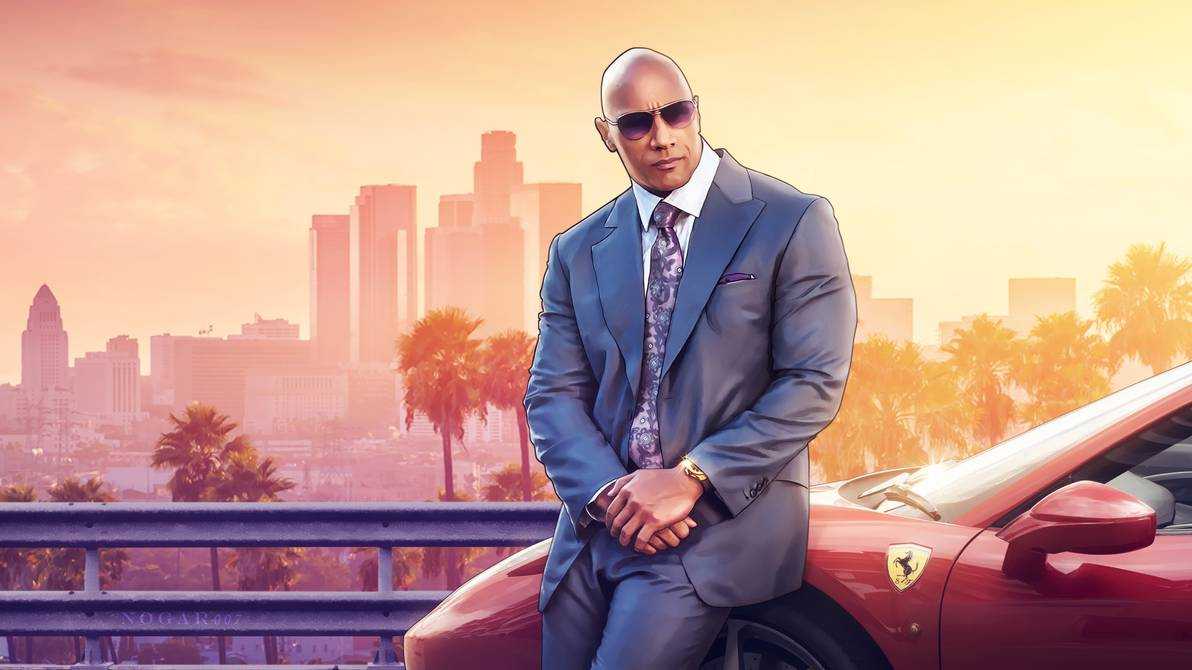 The artist’s previous work is just as detailed.
https://www.deviantart.com/thenoga/art/The-Rock-Gta-Style-4k-735345469[ad name=”article4″]

The iconic GTA art style was made popular by Stephen Bliss, who was a senior artist at Rockstar Games from 2001 to 2016.

Bliss was responsible for making box art for games such as LA Noire and Red Dead Redemption, and also designed many of their other games’ loading screens and promotional art.

The Rock is the perfect candidate for a GTA protagonist, or a lead movie role if Rockstar decided to make the franchise into a film.