Jaryd ‘Grand Theft Auto RP for months with his involvement in crime, but finally the cops have something to laugh about.

The popular Twitch streamer had plotted a bank heist at the GTA Pacific Standard Public Deposit Bank in Downtown Vinewood, Los Santos, where his character held a woman hostage for a few moments inside the building.

While the bank robbers might have expected to get away with their crimes, though, driving off on motorbikes, it didn’t quite go to plan for summit1g. 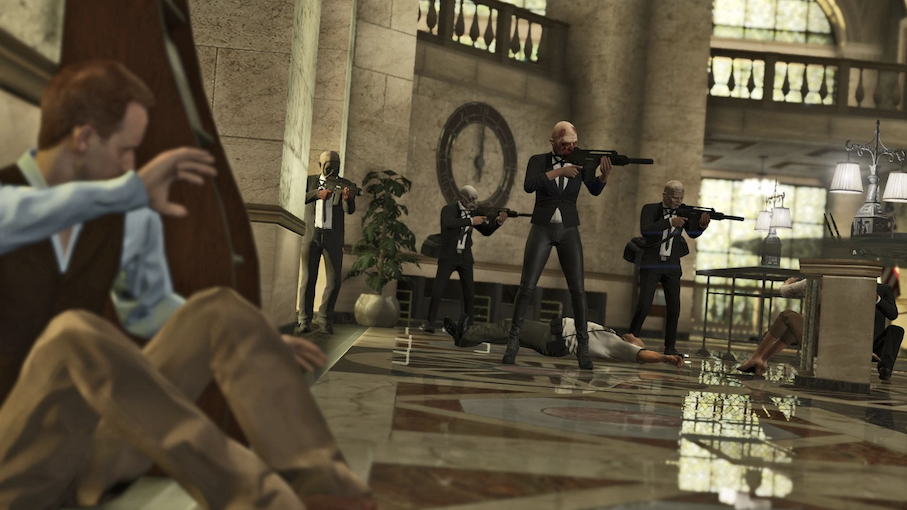 Pacific Standard Public Deposit Bank is a popular heist on GTA Online, but summit1g’s wasn’t exactly a heist in the end.
[ad name=”article2″]

The former CS:GO player and his teammates were kitted out in face masks outside the bank, before they heard some sirens in the distance and decided to run inside.

When things started to turn sour, they used a lady as leverage to get themselves out of there, with summit1g leaving the bank threatening to hurt her before darting away on a motorcycle and being chased by a group of cops.

However, just when he thought he’d got away, the worst possible ending to the chase occurred as the game experienced an error and closed off.

“Nooo! My head explode bruh,” the streamer screamed as the screen just went completely dark. “Ah man, that sucks. We waited that whole time in that fucking place and you’re telling me I crash right there?”

His face soon returned with an error message on his share screen. Not the ideal way to end what was proving to be an exciting car chase.

Summit gave it a few moment moments as he interacted with his viewers before closing the stream.

His fans will be hoping next time he jumps in GTA RP and organizes another hilarious plot, it will go down a bit more smoothly that this one. Not exactly his ideal way to finish off the broadcast.