The most believable GTA 6 leaks so far - Dexerto
GTA

The most believable GTA 6 leaks so far

While Sony have announced that the PS5 is coming in 2020, there is still no word from Rockstar on what is already one of the most eagerly anticipated games ever: GTA 6. However, there has been plenty of supposed Grand Theft Auto 6 leaks from numerous sources, some more believable than others.

It’s been over six years since GTA 5 came out in 2013, but the first leaked information about the sequel came in late 2018, and there have been more in 2019 and beyond, all claiming to reveal exciting details about the game.

These leaks have ranged from the protagonists to the story, the map location, the release date and more. It should come as no surprise that any GTA news, be it rumors or official, grabs headlines and only adds to the ever-building hype.

Leaks, of course, are dubious by their nature. Unless they come from the most credible of sources, they are often dubbed fakes. A lot of them will be just that, with people trying to grab attention or simply being misinformed.

Even the three examples below contradict each other in ways, proving that they should be looked with scepticism. Nevertheless, here are the four most believable GTA 6 leaks so far.

Let’s start with the leak that appears to be the most realistic. Surprisingly, it came all the way back in December 2018 and focused mostly on details surrounding the now confirmed PlayStation 5. 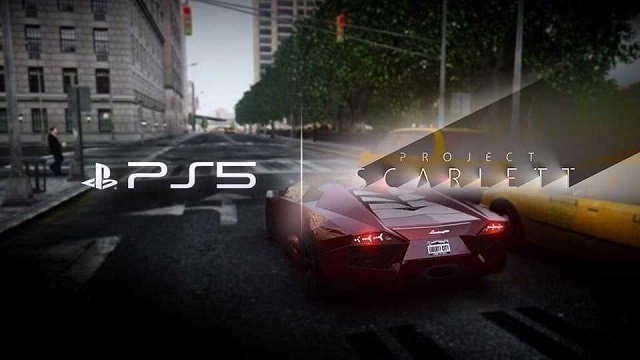 GTA 6 being exclusive to the PS5, even for a little bit, would be monumental news…

At the time there had been nothing confirmed about Sony’s next-generation console. More than a year has passed and everything the leaker said has, so far, come true.

The details they shared weren’t simple things such as the console’s name, its color, etc – they were detailed specs and features. The post, from Pastebin, covered more than just the PS5, though.

There were also details about potential game releases, too, one of those being Grand Theft Auto 6. The leak simply stated: “GTA 6 Holiday 2020 most probably, not hearing anything PS4 related (hearing that Sony is paying huge money to secure one month time exclusive for PS5).”

Given that we are already in 2020, a release date of this year for GTA 6 is becoming less and less likely. After all, GTA 4 was released more than a year after the first trailer emerged and Rockstar announced GTA 5 more than two years before it came out. So if history is anything to go by, we might have to wait a little longer than the leaker suggests.

However, just because GTA games have always had a relatively long lead time after being announced, that doesn’t mean it will always be this way, and this leak will at least give fans some optimism that we could see Grand Theft Auto 6 released alongside the PS5. The post went on to discuss where the game will be set: “Been hearing rumors about Miami and New York, so two big cities but I’m not sure if that’s 100% true.” This coincides with a December 2019 GTA 6 leak which also states there will be two big cities.

This “PS5 leak” is interesting for two reasons – firstly, the leaker admits that they aren’t 100% sure whether the locations are correct, which, if anything, suggests a degree of humility. That makes them stand out from from the traditional leaker who tends to say that they know something to be 100% true. This is certainly not proof that the leak is legitimate, but it’s certainly an interesting talking point when debating it.

Their claim of two big cities also corroborates with the third leak in this article. It does contradict the next leak though…

This is one of the more unique ways to leak information and given its subtlety, it does come across as authentic. However, it also contradicts the above leak, which based on the track record of the others is the most believable to date. 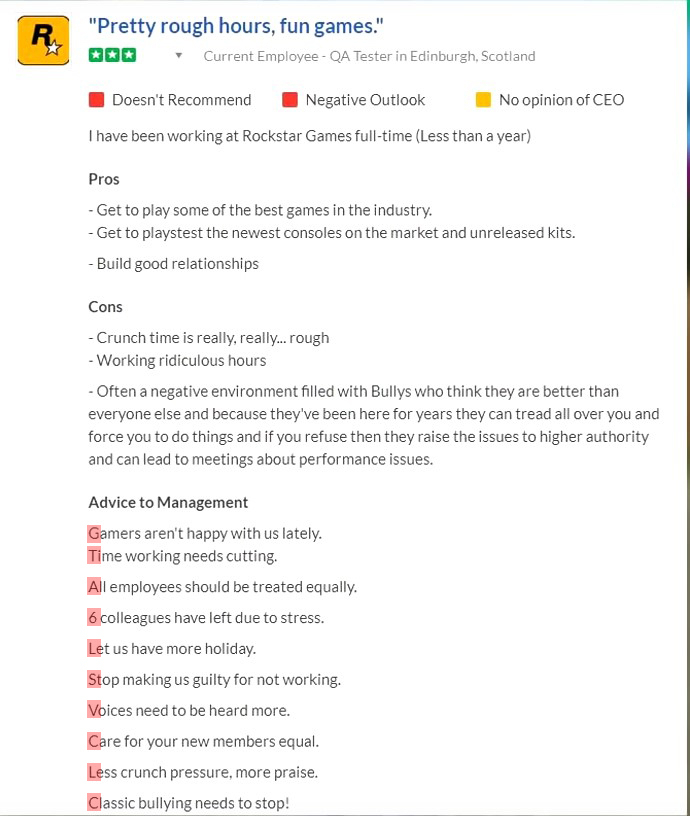 The most cryptic of GTA 6 leaks…

Glassdoor is a website that allows verified employees of a particular company to leave a review of their employment experience with them. In this case, an apparently disgruntled Rockstar employee left a rather scathing review of their time with the company.

Glossing over the employee’s apparent grievances, there is an acrostic message within the review that reveals some juicy information for GTA fans. It reads: “GTA 6 LS VC LC“.

This is undoubtedly intentional and has been interpreted as GTA 6, Los Santos, Vice City and Liberty City – meaning, according to this particular employee, that these three iconic Grand Theft Auto cities are set to feature in the next game.

We can only hope that this leak is true because the prospect of three of the biggest and arguably most iconic cities in one game would be incredible.

The final leak comes from September 2019 via Reddit. It is a strange one as the author of it has no track record that makes them credible. However, they do provide a lot of GTA 6 information that is so detailed it almost makes it believable. 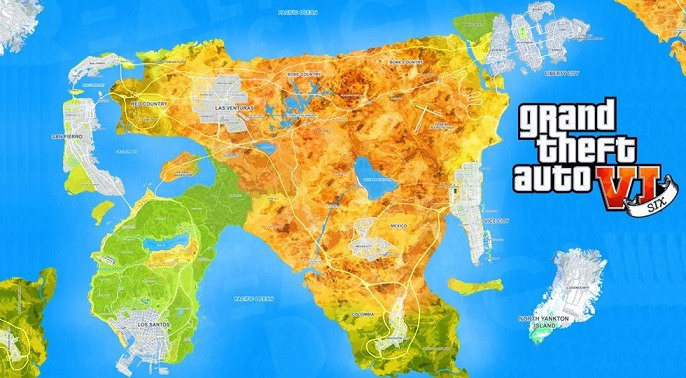 You can read all the full details from the September GTA 6 leak here, but the main takeaways are as follows:

The leaker also stuck around on the Reddit post they made and responded to an array of questions, which is something leakers don’t usually do. Whether this can be interpreted as making it more credible or less so is down to opinion.

Usually this would be overlooked as nothing more than a placeholder for a game that is inevitably coming. However, the release date is worth nothing considering Gameware have leaked other games such as Need for Speed Heat and Devil May Cry 5 before they were officially announced.

Of course, it could be a speculative post on behalf of Gameware as there is a fair chance GTA 6 will indeed release alongside the PlayStation 5 and Xbox Series X. A specific D1 version of the game was also listed, as well as the caption “100% uncut.” Without any context though, it would pure speculation to discuss what this could entail.

It may be a small leak, or even guesswork, but whether they know it or not, it’s probably true.

Fans are growing more desperate by the day for some form of official GTA 6 news, and when it finally comes, it will be interesting to see which of these leaks, if any, are true when the details are finally revealed. Rockstar Games are certainly making us wait…