GTA Online: Popular trick to get more casino chips has been removed

Rockstar Games have acted fast to remove a GTA Online exploit that might have caused millions of chips to leave the Diamond Casino in the wrong hands.

Cheaters are always looking for ways to get more cash in Grand Theft Auto V’s online mode and it didn’t take long for the new gambling games to be targeted by players who don’t fancy splashing out on some Shark Cards.

Two game-breaking exploits have been unearthed by members of the game’s online community since the casino first opened its doors on July 23, one involving the Lucky Wheel and another much simpler cheat for the Inside Track horse racing game. 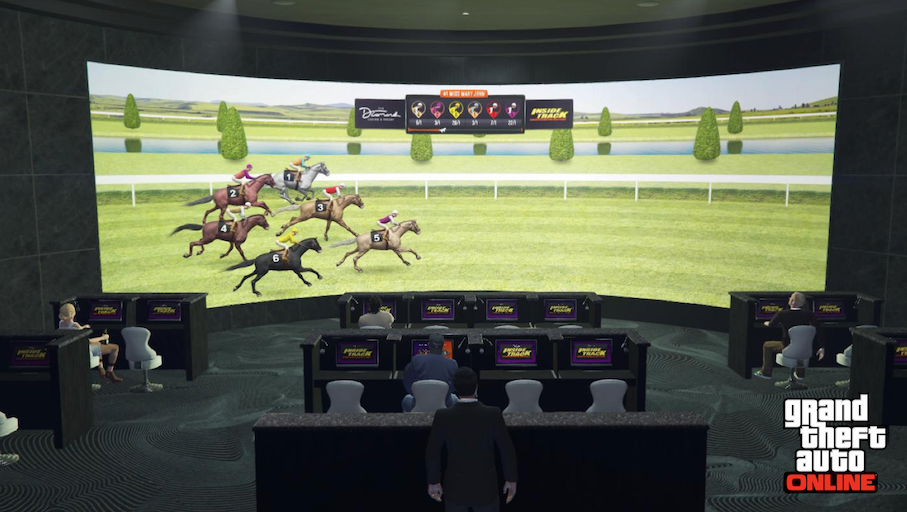 GTA Online’s casino has been losing some major chips since the Track Horse glitch was found.
[ad name=”article2″]

The latter appears to have been removed, however, by a hotfix, preventing people from using the method to earn cash easily by betting on the horses.

Previously, with just a few simple steps, players could get their hands on vast sums of money playing Inside Track. All they had to do was select a horse to bet on, then press and hold X or A depending on what console you’re playing GTA on. 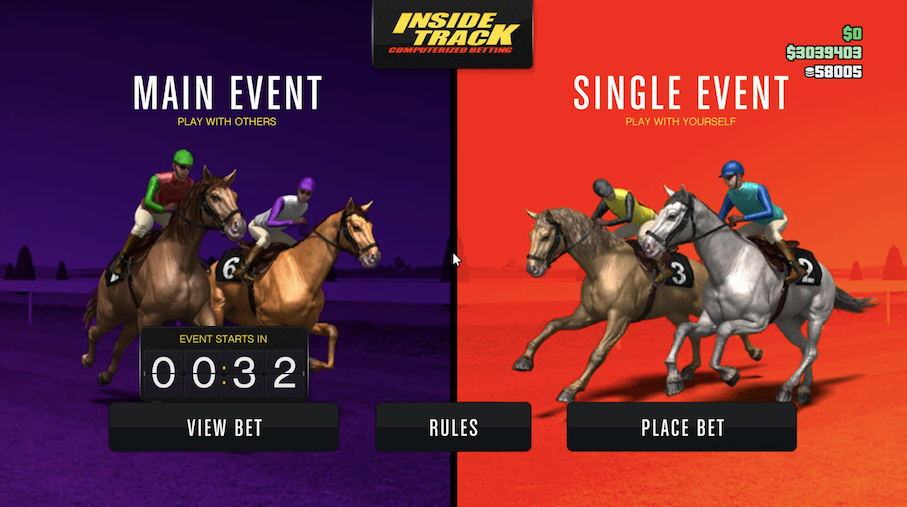 The GTA Online exploit worked on the Single Event mode, as seen on Inside Track.
[ad name=”article3″]

From there, quickly click the d-pad down as the race starts up and the amount staked – which appears to be 200 chips at a time – will actually increase in the background until they reach the finish line.

Each turn could have landed cheaters a minimum of 20,000 chips per try, which is more than many online missions and could be completed in a fraction of the time. 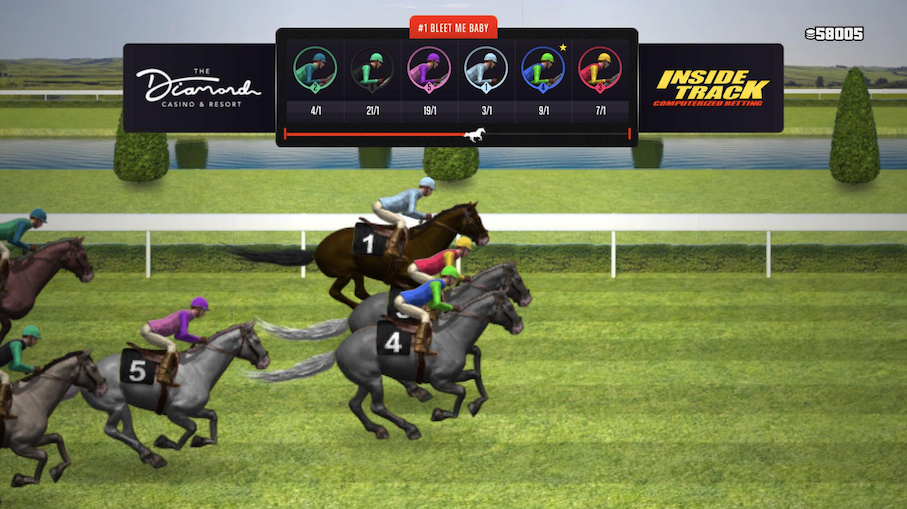 The Track Horse exploit in GTA Online has now been patched.
[ad name=”article4″]

Clearly, this was a problem that the developers thought was worth pursuing, as a patch has now been introduced. Following this update, the cursor no longer moves to increase the stake of the bet while the race is being played, rendering the method that worked in the past pretty much useless.

Whether or not cheaters will find their way around the patch remains to be seen, but it’s clear that attempts like this to steal money from the casino using exploits won’t be tolerated.