It looks like Grand Theft Auto Online players will soon be able to visit the Casino after waiting almost six years for it to open its doors.

When Grand Theft Auto V‘s online service launched in 2013, players were quick to spot a desolate casino tucked away in the northern section of the map, sadly closed to the public.

There was an ‘Opening Soon’ banner hung up outside, remaining there for almost six years, with the ever-long promise of the building’s opening becoming the source of many internet memes and jokes. 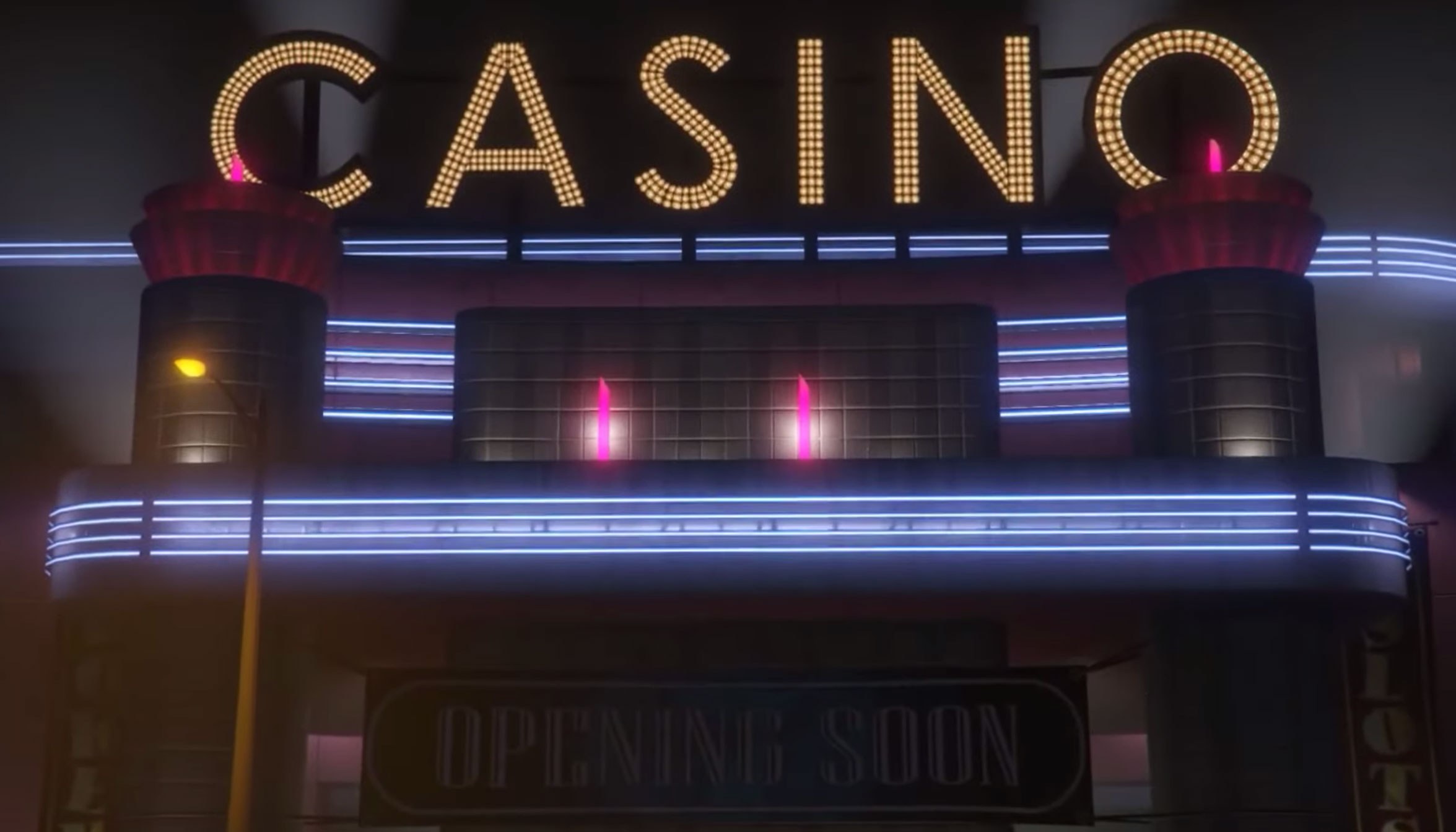 The infamous banner was displayed outside the Casino for almost SIX years.
[ad name=”article2″]

The Casino is finally set to open its doors

A tiny yet silent GTA Online server update on June 6 removed the banner, and blocked off the Casino’s entrance with construction materials, hinting that an update could be on the near horizon.

Infamous GTA dataminer TezFunz2 managed to extract data from the update that showed code had been implemented for the upcoming opening, and tweeted out confirmation to eager fans, saying, “There were rumors that GTAO Next Update will feature the casino, I can confirm it.”

“Just now, [Rockstar] have updated the background script to set specific dates that will apply changes to the casino,” he continued. “You’ll notice changes happening near the casino as we move closer to release.”

He also confirmed that the area outside the casino would be going through changes too, specifically happening sometime in the next week.

There were rumors that GTAO Next Update will feature the casino, I can confirm it.
Just now, R* have updated the background script to set specific dates that will apply changes to the casino.
You'll notice changes happening near the casino as we move closer to release.#GTAOnline pic.twitter.com/nPb4V9OVg3

GTA VI – Everything we know

It’s been six years since the release of GTA V, and January 2019 saw our first hint at a sixth installment for the series after cryptic job openings were posted onto Rockstar’s careers page.

“Work with others to expand our next-generation graphics pipeline including advanced lighting and rendering techniques, and special effects,” one listing said, making it apparent they’re gearing up to make a game for next-gen consoles.

Leakers have also insisted on having knowledge of VI, with one claiming that it’ll have a ‘Holiday 2020’ release date, and another saying it’ll be set in both Liberty City and Vice City.

The second claim was seemingly backed up by a Rockstar employee, who posted an ad onto job site Glassdoor with the acronym “GTA 6 LS VC LC” – Los Santos, Vice City, Liberty City.