Police have confirmed that there have been multiple fatalities following a mass shooting at a Madden esports tournament in Jacksonville, Florida.

Update: Sheriff of Jacksonville Mike Williams has confirmed that there is a total of 14 injuries and three fatalities. One of the fatalities is the shooter, David Katz.

The shooting took place at a Satellite qualifier at the Jacksonville Landing, where amateurs and professional players were competing for a spot at Madden 19’s first Madden Classic. 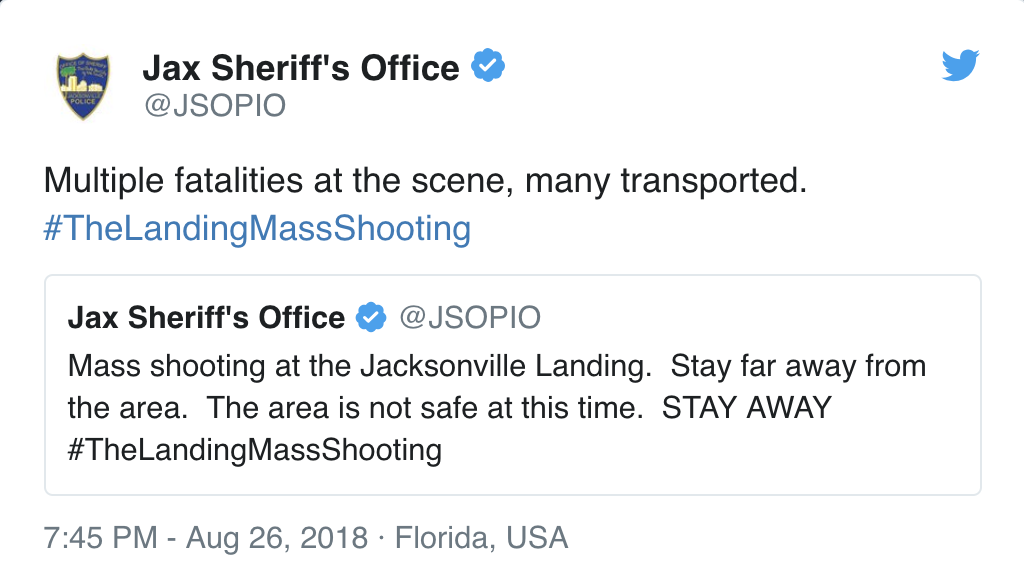 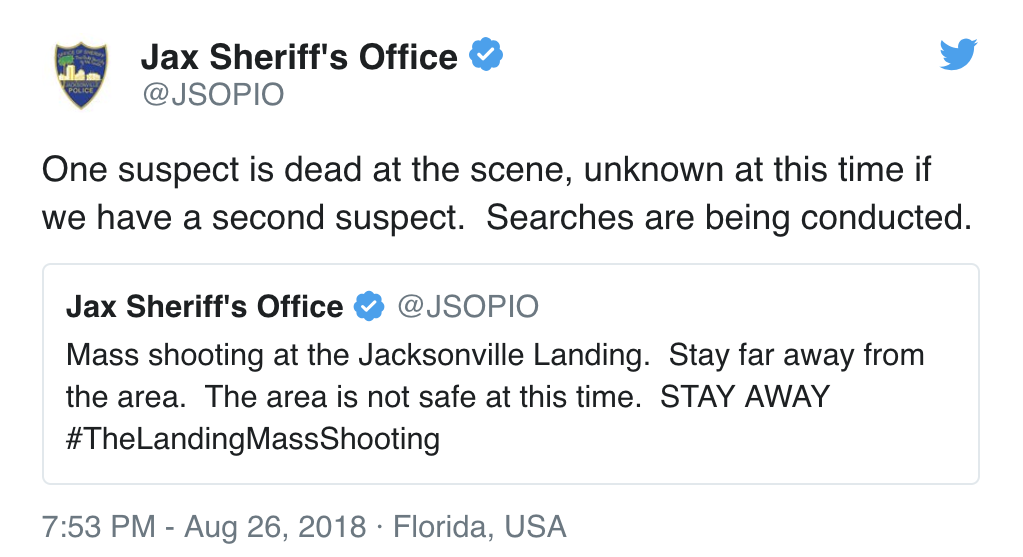 Jacksonville Sheriff’s Office confirmed the shooter was a competitor at the event. Reported by the LA Time, Katz opened fire after he lost, before turning the gun on himself, although this could not be immediately confirmed.

CompLexity Gaming Madden player is among the injured, according to the organization. They have since said he is “fine and only suffered a small injury”.

The player himself, Drini Gjoka, was one of the first to post on social media about the attack, and confirmed he had been hit in the thumb.

EA Games, who publishes Madden and plays an integral part in its esports scene, posted a short statement to social media, saying they are working with authorities. 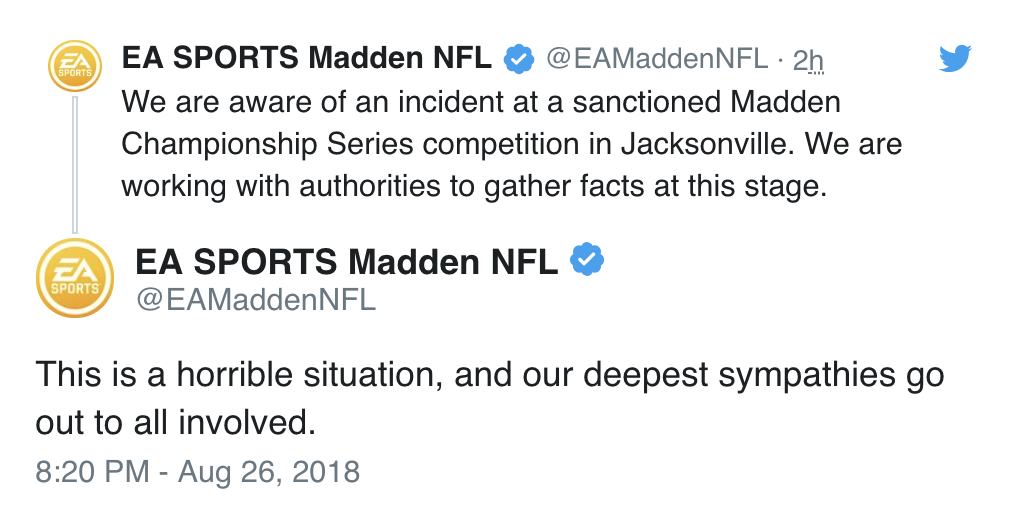