F1 and Twitch have partnered to offer a stream of the Mexican Grand Prix in October for free in selected countries for the first time ever.

As Twitch continues to expand its horizons, the streaming service is set to welcome more exhilarating action to the platform, but not in its typical format.

Initially gaining popularity among gamers, Twitch has brought various formats of content to the platform — from talk shows to real-life streams, it boasts a diverse range of content. Now, in a bid to continue its evolution, Twitch is offering a unique and interactive viewing experience by broadcasting the fast-paced action of Formula 1. 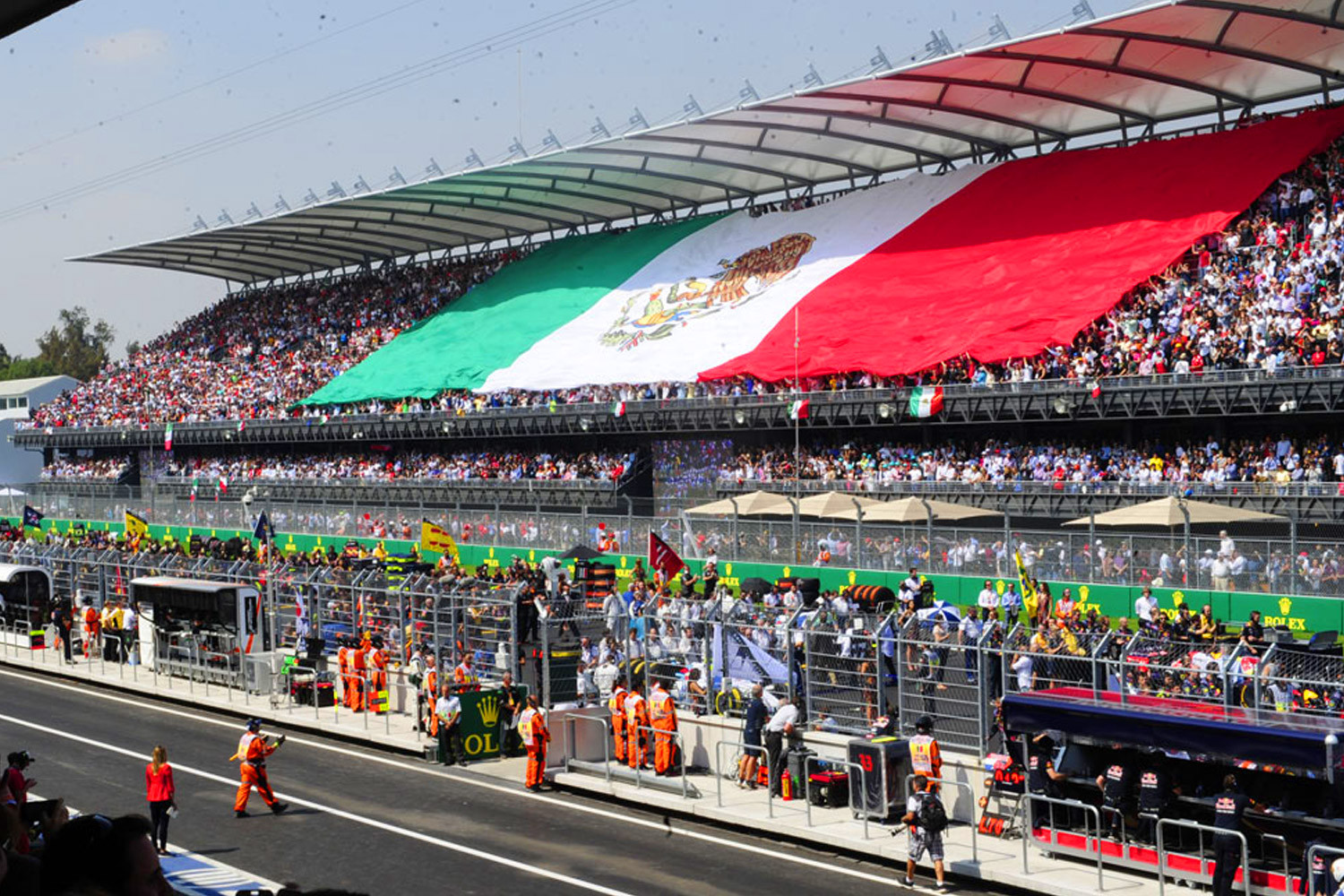 The Mexican Grand Prix is one of the hottest events on the F1 calendar.
[ad name=”article2″]

How to watch the Mexican GP on Twitch for free

Initially announced via Twitter, the Mexican Grand Prix will be streamed at the following times:

It’s worth noting that daylight savings ends in Europe on Sunday, October 27, meaning that clocks will roll back one hour.

The inaugural event will be streamed live in Germany, Luxembourg, Switzerland, Denmark, Norway, and Sweden on their Formula 1 channel. As for other countries, various broadcasting companies own the rights to this event in each respective country, which can be found on the official Formula 1 website. 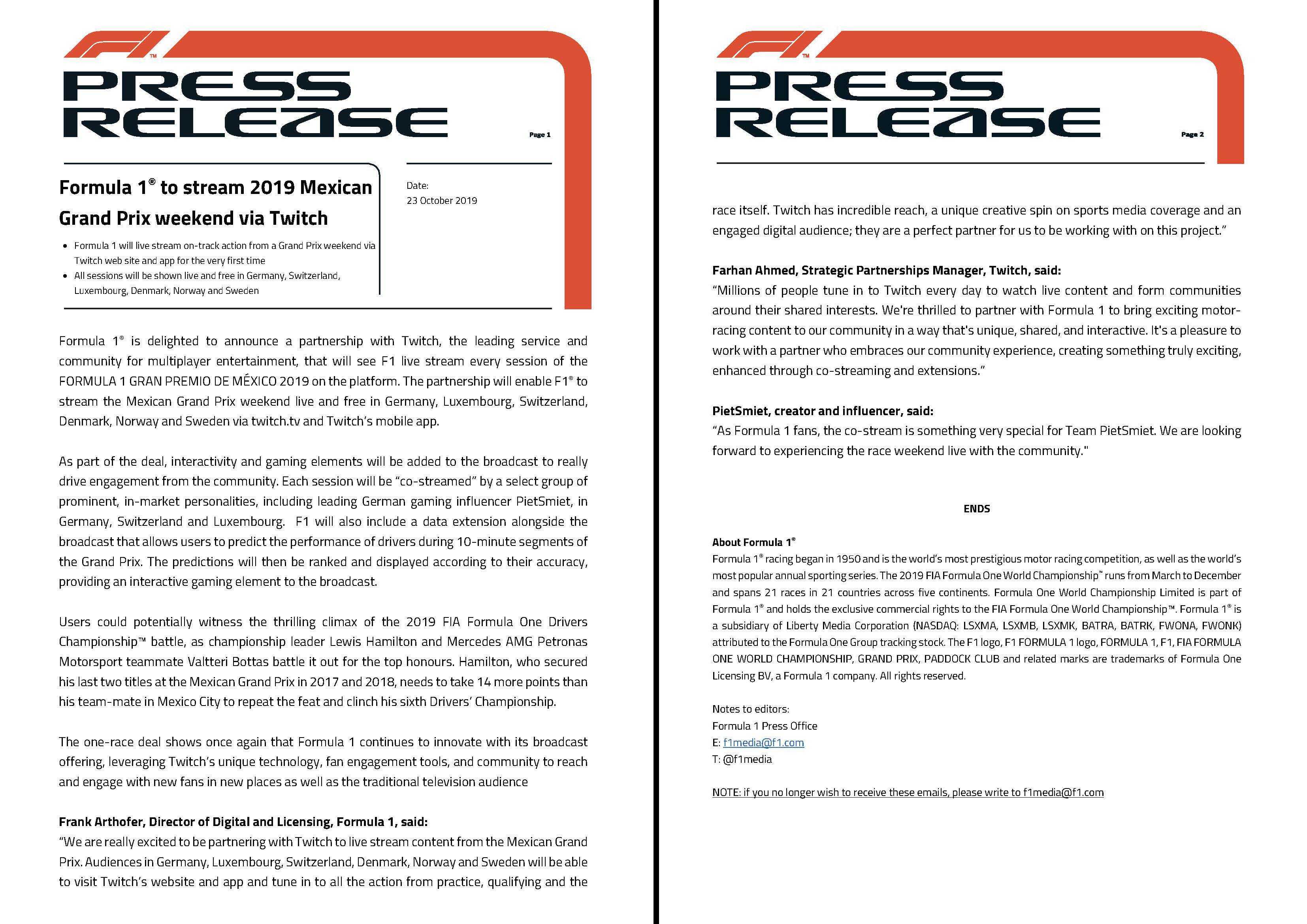 As part of the deal, Formula 1 will be broadcasted with interactivity underpinning the viewing experience. A data extension will be offered to complement the livestream, which will allow users to predict driver performance in 10-minute intervals.

Each prediction will then be ranked and displayed, which will add a more competitive element alongside providing a more immersive experience.

The stage is set to what will most definitely be a thrilling race to potentially decide the top spot on the podium, given Lewis Hamilton’s soaring lead at the top of the standings.

Director of Digital and Licensing, Frank Arthofer, had the following to say about the one-race deal: “Twitch has incredible reach, a unique creative spin on sports media coverage and an engaged digital audience; they are a perfect partner for us to be working with on this project.”

As Formula 1 utilizes Twitch’s platform to engage with new fans in the selected countries, the deal sees F1 move into the livestreaming space for the first time — potentially signaling the start of big things to come.