The Green Wall are usually the favorites heading into any Gears of Wars event and it was no different in Mexico.

Only Ghost Gaming have been able to deny them a tournament win in the last five events, but from the start it looked like destiny that they would be defending their crown and picking up the Mexico City Open trophy yet again. 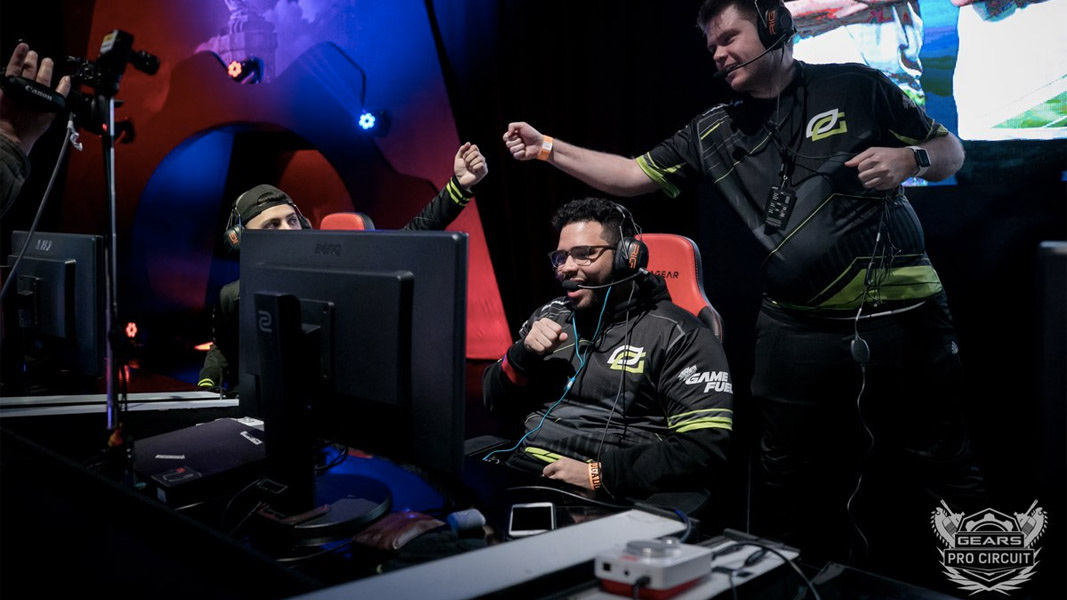 OpTic got their weekend off to a hot start with 2-0 sweeps of their Group A games against Team Reciprocity, Elevate and Orlando Reapers. They turned that momentum into a Winners Bracket Finals run, defeating Buddy Buddy and Simplicity in the quarter and semi-finals – again by 2-0 scorelines.

However, they were surprisingly defeated 2-0 in the Winners Finals by Denial Esports, dropping them into the Losers bracket and making their chance at success just look less certain. However, the Green Wall was rebuilt and they secured a 2-1 victory over crowd favorites Ghost Gaming to set-up a Grand Finals rematch against Denial.

CAN YOU BELIEVE THIS?!
Reigning champs @OpTicGaming are sent to the Losers Bracket with a 0-2 defeat at the hands of @DenialEsports

Will they survive the Losers Bracket to get another shot at @DenialEsports? pic.twitter.com/Rz1aKz8YST

It took some incredible plays from Gilbert ‘Xplosive’ Rojo to secure map one of the Grand Finals and push the series closer to a bracket reset. The OpTic Gaming star maintained hill control despite having no support.

Looking to pick up the first map, Xplosive quickly action rolled around cover to pick up two quick kills, pushing Denial back while his teammates finally swarmed to him as they captured the hill.

From that point forward, it was plain sailing for OpTic.

While Denial had been the only team to trouble them at the event, they were able to secure a reset of the Grand Finals bracket as they picked up a 4-0 sweep, a new piece of hardware for the trophy case and $80,000 in prize money.