Two new games have been made available for free as part of Xbox Live’s Games With Gold promotion.

Games With Gold is a monthly promotion that rewards Xbox Live Gold Members with free games to thank them for their continued support.

With the month of September now coming to an end, Microsoft have added two new games to Games with Gold, Livelock for Xbox One, and the Sega Vintage Collection: Monster World for Xbox 360.

Livelock is a top-down shooter based placed on Earth after humanity has been wiped off the planet. Players can play solo, or can grab another friend to take on hordes of enemies as they attempt to bring life back to Earth. 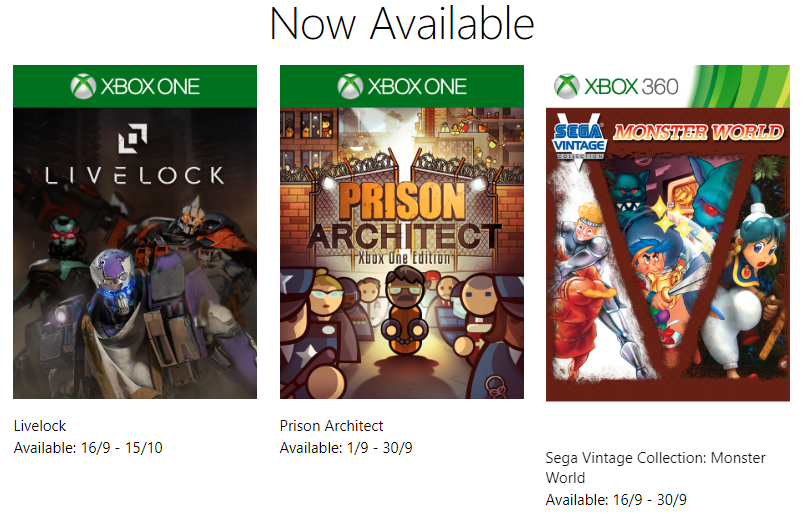 Sega Vintage Collection: Monsters World contains numerous Monster World and Wonder Boy titles, including Monster World IV which had never made its way to the American market before this collection released back in 2012.

While For Honor and Lego Star Wars are now removed from the promotion, players can still download Prison Architect, along with Livelock and the Sega Vintage Collection until Sunday, September 30. October’s Games With Gold are yet to be announced.