Street Fighter content creator Desk is well-known for his technical prowess and he did the unthinkable by beating Alpha’s co-operative mode by himself with each of his hands controlling a different character. An incredible feat of gaming skill.

In Street Fighter Alpha, players can work together in the Dramatic Battle mode to fight a single powerful opponent.

While subsequent installments in the Alpha series allowed players to play as more than just Ken and Ryu, the mode first iteration was limited to a against a computer-controller M. Bison is a homage to the Street Fighter II: The Animated Movie.

Desk was able to complete this mode by himself with each of his hands controlling a different character. In this case, Desk was controlling Ryu with his left hand and Ken with his right.

“This is about 10 days work and most of that was just practicing, trying to get the coordination to control both characters at the same time. Then learning the AI ticks and how to manipulate them. Writing lots of notes and finally the last few days actually getting the footage,” Desk explained in the video description on YouTube.

While Desk had completed similar challenges in the past, this was by far the most daunting.

“You may remember the video in which I play both characters in Street Fighter 3 3rd Strike. In that video I simply learned some choreographed sequences. I could drill them and then just record the clips when I got good enough,” the Street Fighter content-creator explained. 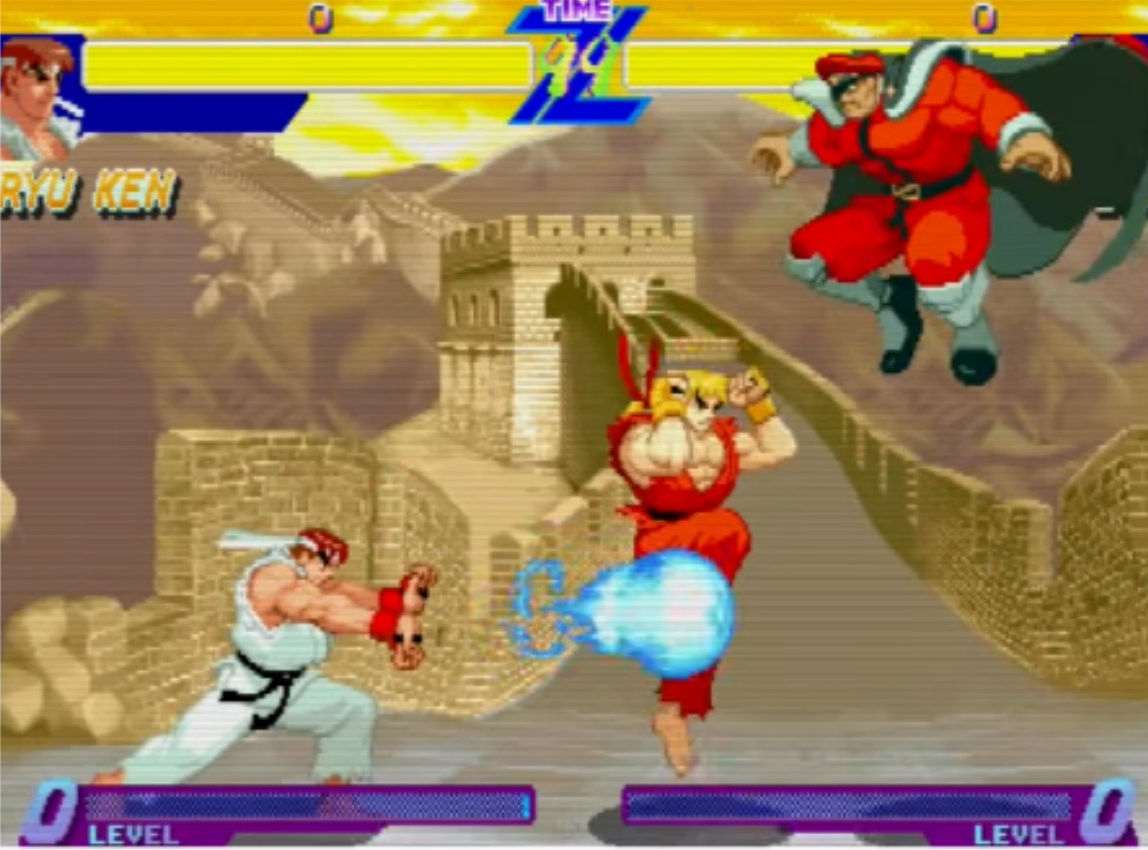 “It’s actually 10 times more difficult when you need to learn to control 2 characters in concert against a live AI opponent, and one that has 1 frame reactions and blatantly cheats at that.”

Dramatic Battle does not have a training mode, so Desk had to put in plenty of hours to learn this new skill. And while he admits the process was frustrating, it was fun too. And it shows, as he’s able to pull off some crazy combos in the fight. Something he’s no stranger to doing.

“Really happy I did it though and I’m super satisfied with how the video turned out,” he said.

Desk may not be done with the two-handed co-op just yet either. In the comments section he hinted at what one of his next videos could be.

“There’s a dramatic battle mode in Alpha 3 in which you can pick any characters you like (you’re not limited to just Ryu and Ken). With any luck you guys like this video and I can justify spending another week practicing that game too, haha,” the YouTuber added.

Only time will tell if Desk can match his performance from this outrageous challenge in yet another Street Fighter game.