Sony possibly hints at PlayStation 5 with their new holiday theme

Like previous years, Sony has released a holiday theme for all users to apply on their PS4’s, but eagle eyed players have noticed that it might include a teaser for the PS5.

There has been increased speculation that the fifth entry in the PlayStation line might be coming sooner than expected, in 2020.

These rumors began after it was announced that Sony would not be attending E3 in 2019, and so fans and commentators believe they may have other plans that week – possibly the big announcement. 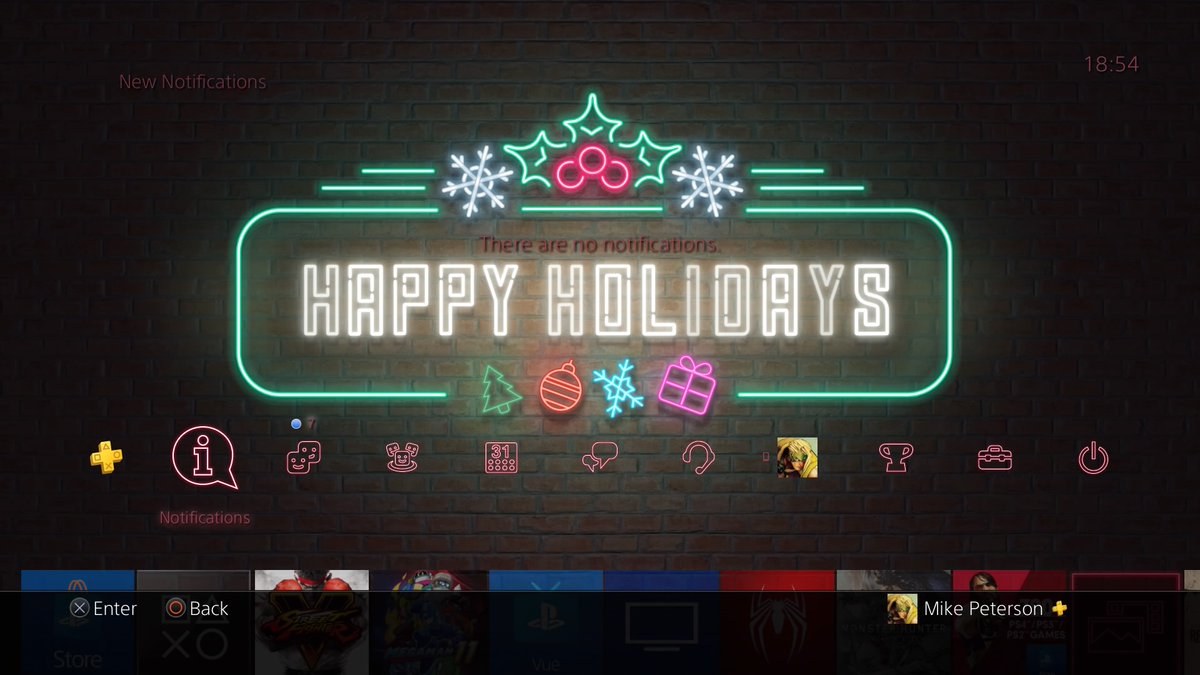 Others claim that Sony will announce the next console during their annual PlayStation Experience (PSX) event.

Whatever Sony’s plan, it seems they could be dropping subtle hints already, as fans have noticed a strangely shaped ‘S’ in the new holiday theme.

The first scene shows ‘Happy Holidays’ with a normal looking ‘S’, whereas the next scene shows ‘PlayStation’ with an S that is closer to a 5 – i.e. Play5tation.

Did @PlayStation just low key announce the PS5 in their holiday theme??? pic.twitter.com/8rfFUjao41

What other reason could they possibly have for using such an oddly shaped S, other than to get fans excited for something being announced in 2019?

Well, unfortunately, it could be because the PlayStation 4 is 5 years old, released in November 2013 – so it might not have anything to do with the PS5 at all.

Regardless, that hasn’t stopped fans from speculating that this is a small teaser of what’s to come.