The Sony PlayStation 5 has yet to be made official but even so, there are still rumors that Sony’s next console will launch with a PS5 Pro.

It had initially been believed that it would be Microsoft’s next console that would offer two different consoles. Following the Xbox Project Scarlett announcement at E3 2019 though, it appears Microsoft have opted to stick with one.

If rumors are to be believed though, it will be Sony that tries its hand at two different consoles. This would mark the first time a major console release will include two different versions on launch — not withstanding some variants of the PS3 which included PS2 backwards compatibility. 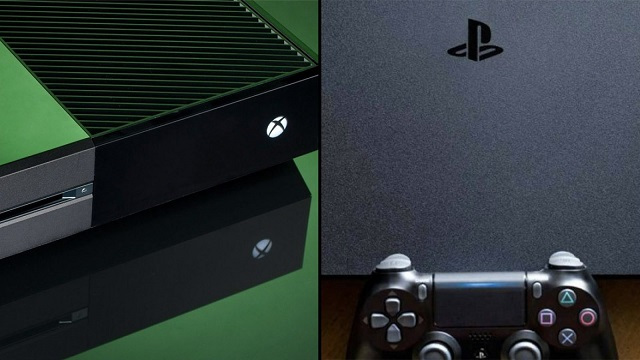 According to Zenj Nishikawa, a journalist who correctly predicted the Nintendo Switch Lite ahead of time, he was told: “Sony executives are launching two PlayStation models that are different in their performance.”

The first model will supposedly be the base PS5 and a higher performance one, the PS5 Pro. Without the PS5 even being officially announced, it will come as no surprise that the exact differences between the two reported consoles, are completely unknown.

What will their prices be?

Presumably the PS5 Pro will offer a significant boost in performance and may even offer additional features, but how this will affect price is unknown. Speculatively, this will be increased resolution and frame rates, with even the potential of 8K visuals — although the latter would require some serious power.

YouTuber, ReviewTechUSA, reported that Nishikawa heard that the “PS5 Pro is going to be 100 to 150 US dollars more than the base PS5 and, of course, is going to have beefed up specs.”

If this proves to be true, we won’t know why Sony opted to offer two consoles, at least for the time being. It’s possible this was their strategy all along.

However, it’s also possible that the originally planned PS5 was just too powerful to retail at anywhere near the $500 sweet spot. Perhaps this realization meant they had to make a less powerful version to appease consumers who just won’t pay more than $500.

While many, including ReviewTechUSA, are sceptical of the decision, it may allow Sony to distinguish between casual and hardcore gamers. There will be plenty who just want the PS5 console, while others will be more aware of how specs affect gameplay, and want the most powerful version.

Given the PS5 (and maybe the PS5 Pro) are expected to launch alongside Microsoft’s Xbox Project Scarlett in November 2020, more PlayStation 5 news shouldn’t be too far away.