Reveal date for PlayStation 5 could be sooner than you think

A rumor claims that Sony is gearing up for a jam-packed State of Play set for November, and also states that PlayStation 5’s reveal date could be sooner than you think.

The latest rumor to hit the web claims that Sony will be stepping up its game with its next digital conference State of Play as it will feature several major titles.

The supposed leak also suggests that the PlayStation 5 will have a separate reveal event, and it’s a lot sooner than you might expect.

The rumor was reported by Push Square, who said it first popped up on the anonymous forum 4chan. While it goes without saying that you should always take these leaks with a grain of salt, the popular PlayStation site thinks that aspects of the rumor are not completely unreasonable.

The bulk of the ‘leak’ is about Sony’s next State of Play, which is said to be scheduled for November 1st, and will feature three major titles: a launch trailer for Death Stranding, Star Wars Jedi: Fallen Order, and a The Last of Us Part 2 release date trailer revealing a May 2020 release.

The source is said to be from a “senior marketing manager” as they claim Sony sent out emails to their marketing department to outline its plans for the upcoming digital conference. 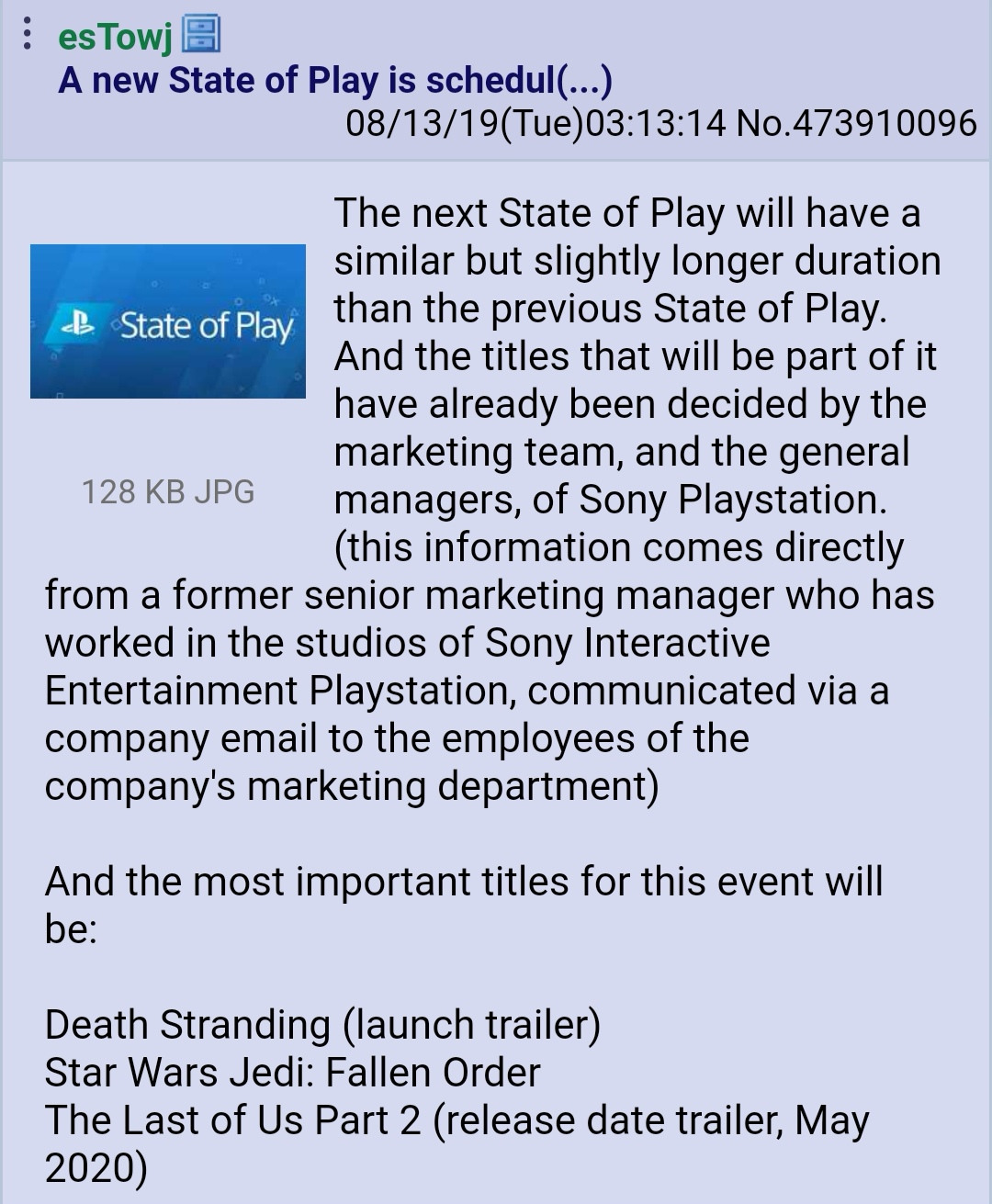 A rumor on the anonymous forum claims a new State of Play is scheduled this November.
600[ad name=”article3″]

The most interesting part of the rumor is the supposed reveal plans for Sony’s next gen console. According to the post on 4chan, the reveal event will be on February 12th, 2020.

“The event is currently scheduled for 12 February 2020, and the presentation will aim to present the future of Sony PlayStation to the whole world, with the revelation of the company’s new console, PlayStation 5” the ‘leak’ states.

It isn’t that far fetched considering Sony did a similar reveal event for the PlayStation 4 that took place in February in 2013. If true, perhaps the PlayStation 5 will also release in November of 2020. 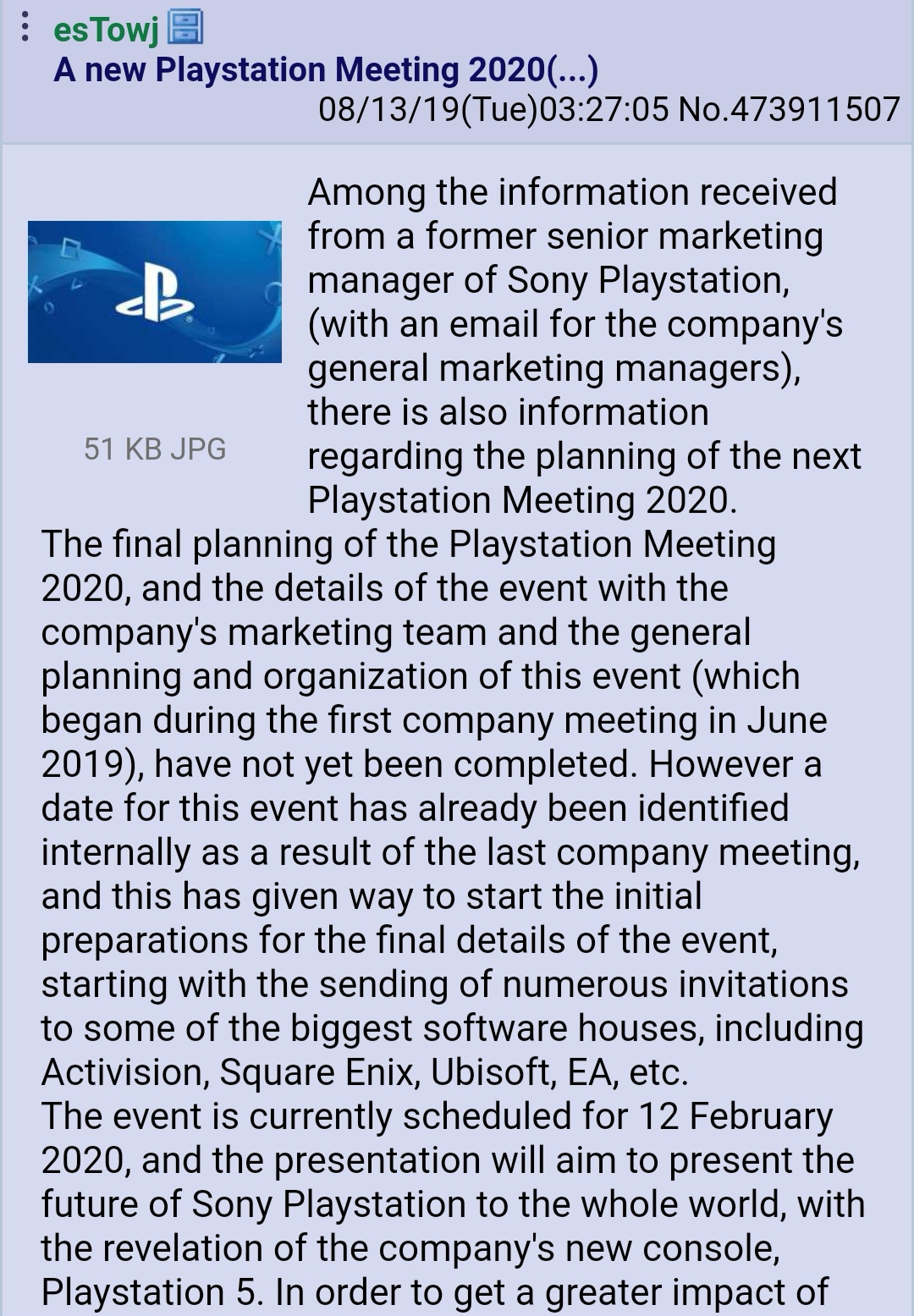 The rumor continued, suggesting that PlayStation 5’s reveal will be in February 2020.
600[ad name=”article4″]

The last thing the rumor tackles is about the PlayStation Virtual Reality 2, as it claims that the company has made “new investments” into its VR platform after testing the latest prototype.

“Furthermore, new investments have been made also in the VR sector of the company, also following the excellent results obtained in the last months after the numerous tests carried out on the new PSVR 2 prototype,” it reads.

Considering Microsoft officially announced the next Xbox at this year’s E3, and Sony skipped the popular event, it wouldn’t be too surprising to see the system revealed early next year.