Pokemon GO appears to still have an enormous hold on the mobile gaming market two years after its initial release after reports state that it brings in over $2 million a day.

When it comes to worldwide gaming sensations, few titles had a grasp on the mainstream population like Pokemon GO did after its highly-anticipated release in July of 2016 which quickly became an industry titan.

The game became popular among all walks of life due to its simplicity and easy-to-use user interface, allowing players of different backgrounds to get in on the action and attempt to climb the ranks.

However, after being at the top of the industry with such prominence, Pokemon GO seemingly fell off the radar for many as players eventually got tired with its repetitiveness – or so some thought.

In a report by SensorTower on July 6th, two years after its launch, Pokemon GO is bringing in $2 million per day in player spending which may come as a surprise to many that believed the game had lost its touch.

This enormous daily figure brings the title to over $1.8 billion in revenue since July of 2016 with the United States and Japan accounting for over 60% of spending across the globe.

A breakdown of spending by country can be viewed below. 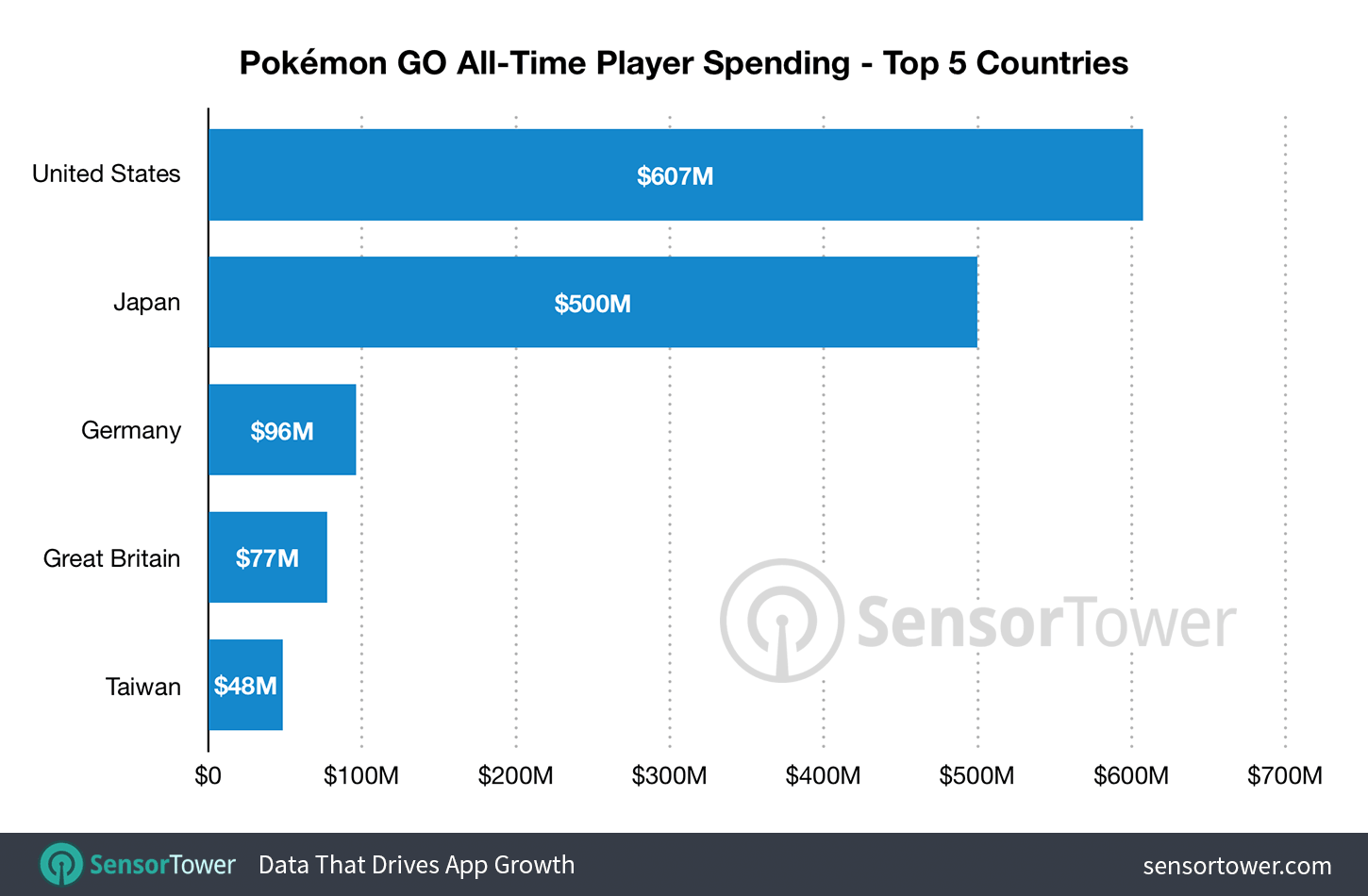 With Niantic rolling out new features for Pokemon GO and the game still planning to have a launch in China in the future after partnering with NetEase, there is no telling how long the game can remain as a major-player across the mobile gaming industry.

More information on Pokemon GO and its revenue numbers can be found on the SensorTower website.