The Fighting Game Community received one of its most vicious pop offs in recent memory during the top 96 of Community Effort Orlando (CEO) 2019, which left commentators and audiences alike completely speechless at the victor’s reaction.

The Mortal Kombat 11 Pro Kompetition is in full swing with FGC fans filing into the Daytona Beach Ocean Center for a weekend of fighting game festivities. But most attendees probably weren’t expecting the heat that would emanate from the competition after a decisive victory early in the pools.

After a thrilling sweep in a first-to-two, Leif ‘Daddy’ Boisvert (known as Buffalo) made sure his opponent Brad ‘Scar’ Vaughn felt the woes of defeat with a vicious — and prolonged — celebration on stage. 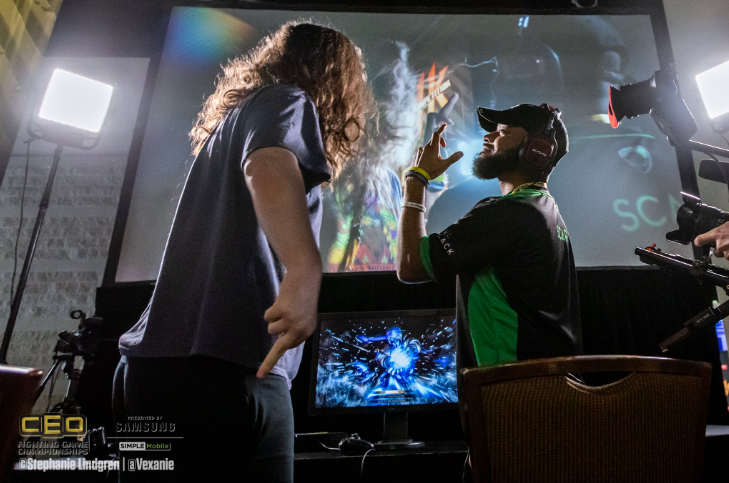 The scenes at CEO 2019 sent the crowd in hysterics.

In the aftermath of their Winners Semi-Finals bout in Pool 11, Buffalo quickly rose from his chair and got in Scar’s face.

While it seemed like Buffalo was just going for some intense post-match banter, it was quickly evident that he had a lot on his mind, since he clearly wasn’t backing off from his defeated enemy.

The commentators noted that there was “beef” between the two combatants, which was all too clear, seeing as the victor could be easily heard yelling “let’s go, boy” among other such phrases to his opponent.

Scar played it cool for most of the episode, but the on-stage antics obviously didn’t sit well with the 2019 MK11 Combo Breaker Champion as he flipped off Buffalo, to which the winner responded  in kind.

What set off the interaction between Scar and Buffalo

It seems like Buffalo was playing to prove a point after a June 8 Twitter exchange, in which Scar expressed his disbelief that Buffalo had at the time sent ‘Ninjakilla’ to losers during a previous ft2.

This obviously didn’t sit well with Buffalo, as he thought Scar was trying to “discredit” the player’s impressive win. 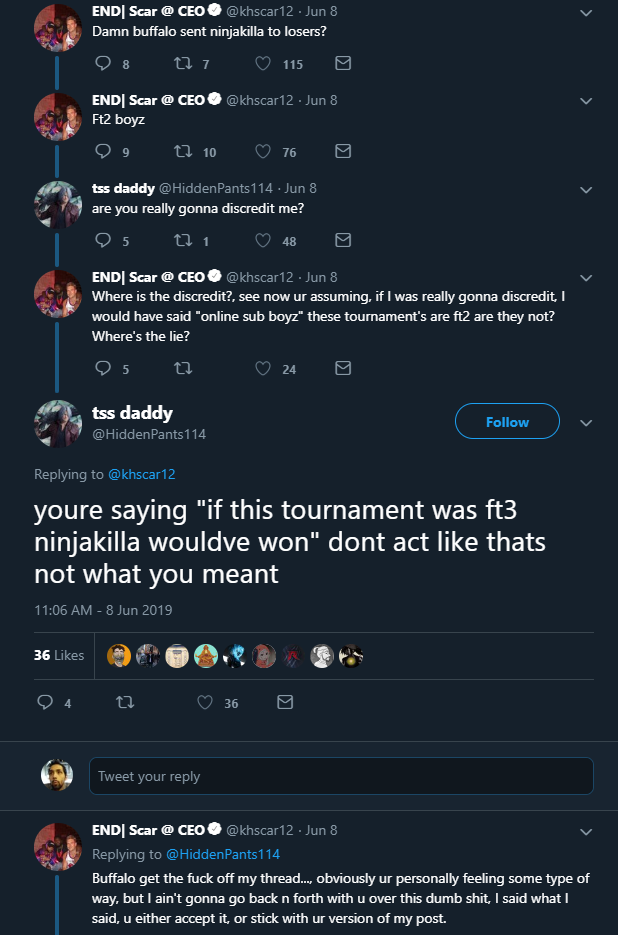 The exchange between the two FGC pros.

“You’re saying ‘if this tournament was (First-to-3) Ninjakilla would’ve won,’ Buffalo said. “Don’t act like that’s not what you meant.”

Regardless of the meaning in the Twitter thread, the exchange was clearly fresh on Buffalo’s mind in the wake of his win over Scar, leading to the pop off of epic proportions.