Fans have been waiting to see more from Cyberpunk 2077 for a longtime and got whole new reasons to be excited for the open-world RPG on June 9 when Keanu Reeves stepped onto the E3 stage.

E3 has been revealing troves of news for gamers to get hyped about, but the Xbox Conference reached peak hype when Reeves appeared to reveal how he’ll figure in CD Projekt Red’s Cyberpunk 2077.

The crowd went wild when Reeves came out with the Cyberpunk logo on the big screen, but that was nothing compared to the surprising new development that was revealed at the end of the latest trailer as well as a release date for the game.

Keanu Reeves is going to be a part of Cyberpunk 2077.

Before Reeves took the stage, the Microsoft conference revealed an action-packed trailer filled with tons of cyborgs, guns, and Reeves. At the tail-end of the new Cyberpunk 2077 video, fans were met with Reeve’s voice followed shortly after by a complete look at Reeve’s character.

“Wake the fuck up, Samurai,” Reeves’ character said in the trailer. “We have a city to burn.”

The trailer ended right as the screen focused in on Reeves, but that was way more than enough to hype up the hall of fans in the Los Angeles venue.

The actor then walked onto the stage to give a bit of background of why he was presenting Cyberpunk 2077, much to the fans’ delight.

“A while back the guys from CD Projekt Red approached me and asked me to be a part of their new project,” Reeves said. “They were going on and on about how they created this vast open-world with branching storylines, how you’d be able to customize your character through in-game choices… and I’m always drawn to fascinating stories.” 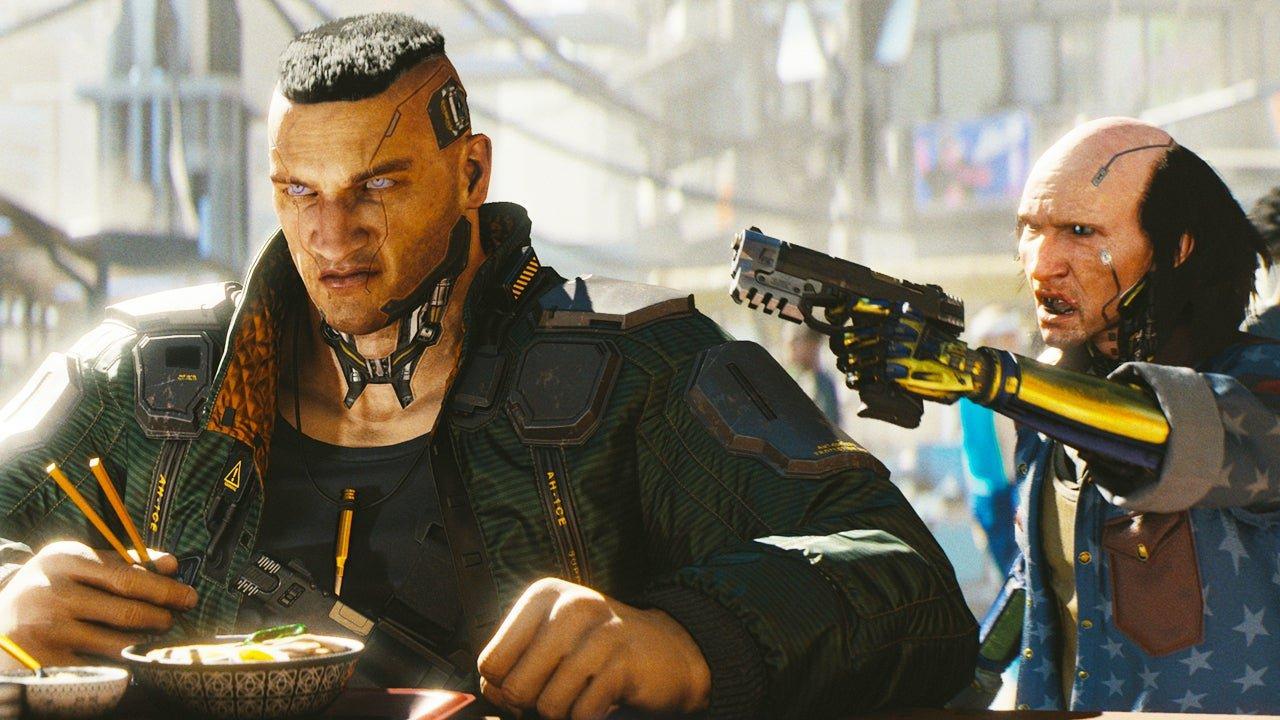 Eveything about the game has been making fans hyped since it’s reveal.

When is the Cyberpunk 2077 release date?

But the hall was too amped to with the actor’s charisma and presence, being joyfully interrupted a few times by the breath-taking fans.

At last Reeves had another surprise in store for the loud audience who couldn’t contain their excitement when unveiling Cyberpunk 2077’s release date of April 16, 2020.

Fans around the world no doubt loved the Reeve’s cameo, but it’s still unknown how the actor’s character will figure in the game.