The release of Tom Clancy’s The Division 2 is coming up quickly, and some players have already had a chance to test out the game in the closed beta. Now, the open beta is on its way, giving fans a final opportunity to get their hands on the title before its release.

This will be the final time that you will be able to get your hands on Ubisoft’s upcoming open-world multiplayer shooter, before the full game is launched on March 15.

Below you’ll be able to find the open beta’s release date, information that has been announced about it so far and some more details about how to access the new content as and when it’s revealed.

When will The Division 2 open beta be released?

The open beta for The Division 2 will be available to play between March 1-4 on PC, Xbox One and PlayStation 4 platforms. Ubisoft have already released the official preload and start times for the open beta, including North America, Europe, Japan and Asia & Oceania. 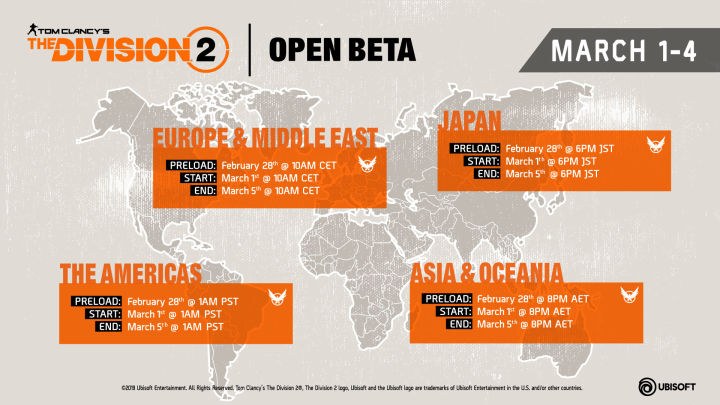 A look at start times for preloading the open beta. 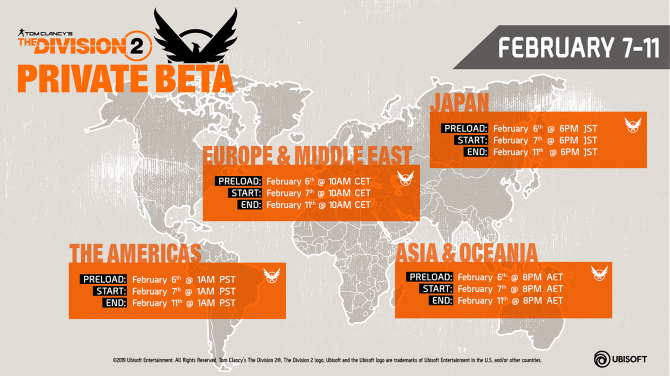 When will The Division 2 be available in your region?

What will be included in the open beta?

Players will be able to take part in three main missions in The Division 2 open beta once they have successfully st up their base inside the White House, one more than they were able to in the closed beta. There will also be five additional side missions alongside a few objectives that can be found and completed in the open world portion of the game.

Player vs Player vs Everyone gameplay will be featured in the open beta with one Dark Zone area open for exploration, while the Skirmish mode also makes a return with players able to try out the Stadium and Capitol Ruins maps. 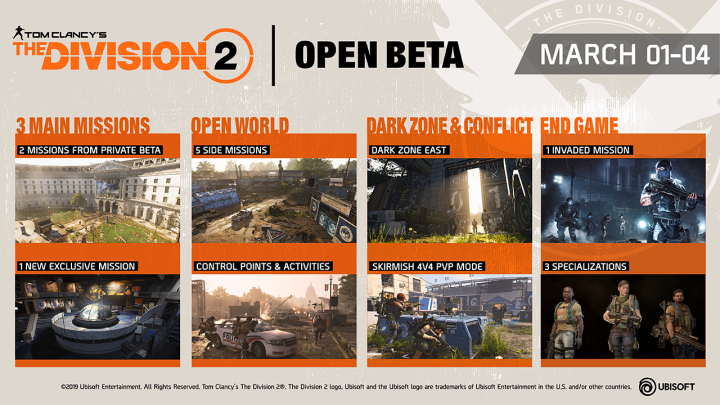 A look at what players will be able to try out in The Division 2 Open Beta.
[ad name=”article3″]

Unlike the closed version, The Division 2 open beta is available to anyone who would like to try it. The beta can be downloaded from the Xbox Live Marketplace or the PlayStation Store on consoles, while PC players can download the beta from Ubisoft or the Epic Games store when it becomes available.

Are there any rewards for playing The Division 2 Open Beta?

Players who take part in either of the two beta periods for The Division 2 will earn some special gear for their character. Players who participate in either beta automatically receive the DC Patriot weapon skin, while any player who completes the Invaded mission will get a special Capitol Hill arm patch. Players will also be able to receive two Backpack Trophies, a suplly crate for completing the introduction mission to the East Dark Zone, and the Capitol Hill trophy for playing the open beta. 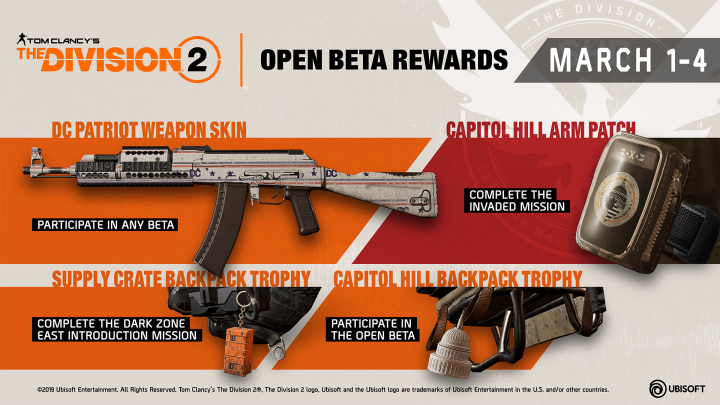 Players can get their hands on some special gear for participating in the beta. 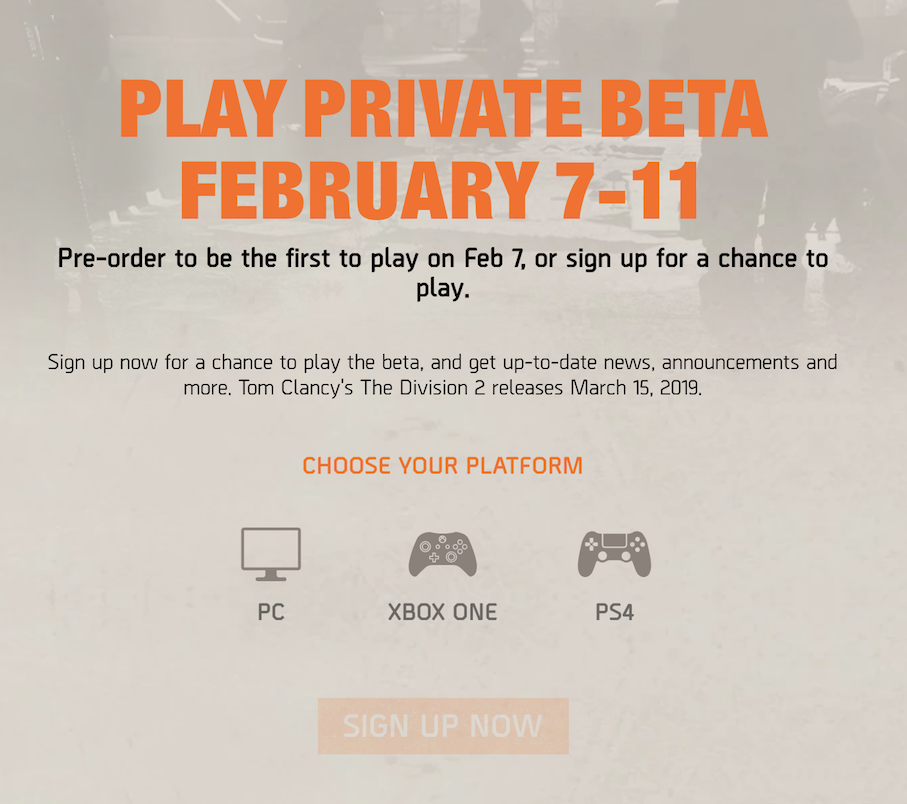 This page will appear when you’re signing up for Tom Clancy’s The Division 2 beta. It’s all very straight forward.

The sign-up option involves some simple steps. Select the platform on which you’d like to play the game – whether that be Xbox One, PS4 or PC. Sign in to a Uplay account. If you don’t have one already, simply sign up with them online. From there, confirm your email address and register your interest.

The only downside to online beta sign-ups like this is that you’re not guaranteed to receive a code, but it seems like you can still request one even though the beta has offically went live.