BioWare has kicked off their gameplay series of videos for their upcoming Anthem title, giving potential players a closer look at the role they will play in the story.

Players will be able to fly, swim, fight and explore anywhere across the futuristic planet, working together as a group of pirates, accepting quests to battle against many of the different evils that the world has to offer.

This interesting new video – which has been uploaded to Anthem Game’s official YouTube channel – showed not only how the story mode would look, but gave us some more insight about the specialists, weapons and other customization that it has to offer.

“Before you head out, you have a choice on a number of objectives and ways to play” the narrator explains. “Continue your critical story mission, pick up quests from people in the fort – including people in your crew – enter one of the formidable strongholds or explore the open world in free play.”

Players will start out by having the chance to customize their four base javelin suits, creating loadouts for different play styles. This will all contribute towards the effectiveness of their javelin.

There are two weapons that feature in-focus during this gameplay video. The first is the Hammerhead assault rifle, which has the lowest rate of fire of its class, but has “great striking power” according to its description.

Alongside that, there’s a semi-automatic Sniper Rifle called a Wyvern Blitz, which can be seen below. 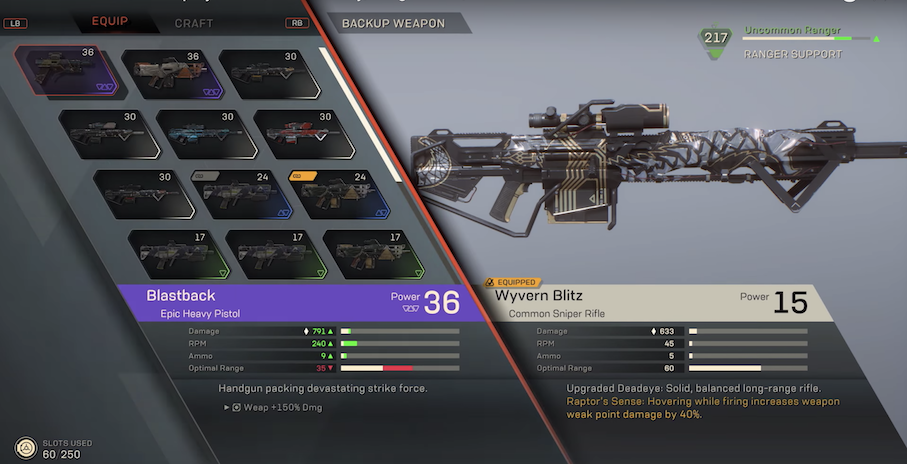 Anthem will also have matchmaking in every one of its activities, according to one of the lead producers Ben Irving, who has already revealed that it will be a default option.

While that looks to be great news for solo gamers that might not have a squad ready to play with in time for the February 22 release date, should you not want to use matchmaking, there will be the option to disable it.