With the PS5 and Xbox 2 looming, what are the best selling consoles of all time? - Dexerto
Gaming

With the PS5 and Xbox 2 looming, what are the best selling consoles of all time?

Announcements confirming Microsoft and Sony’s next generation consoles are expected shortly, possibly at E3 2019. The PS5 title is inevitable, but the name of the next Xbox is still unknown.

Naturally, the period before major console releases brings excitement and anticipation throughout the gaming industry. While some consoles fail to live up to the often huge hype, others surpass expectations.

In light of the upcoming PS5 and “Xbox 2” releases, let’s take a look at the best selling consoles of all time. A lot of those on the list are expected, but others may surprise you.

Best selling consoles of all time

Here are the top 10 selling consoles of all time. Interestingly the list is dominated by Sony and Nintendo, with Microsoft only featuring once.

Many would have guessed that the Playstation 2 would be the best selling console of all time. It seemed every household in the early 2000s had one.

The consoles vast array of titles, coupled with its PS1 backwards compatibility, made it a juggernaut.

Astonishingly, the PS2 has out sold all of Microsoft’s console offerings combined.

The PS2 is the best selling console of all time. Microsoft first console, the Xbox, failed to get anywhere near it…

The Nintendo DS marked Nintendo’s first handheld console that wasn’t called the Game Boy in some form. It followed on from the Game Boy Advance SP with its clam-shell design.

Improvements on the somewhat clunky original design of the DS were made in the form of the DSi and DSi XL.

Given the DS appears second on the list, it makes it the best selling handheld console ever.

To the surprise of some, the Nintendo DS is the second best selling console of all time…

It’s perhaps a little questionable to compare these two mammoth consoles. However, as their games were compatible with one another, it is fair to do so.

By today’s standards, both of these consoles are ancient, but true portable gaming in the 1990s resulted in more than 100 million sales between them. 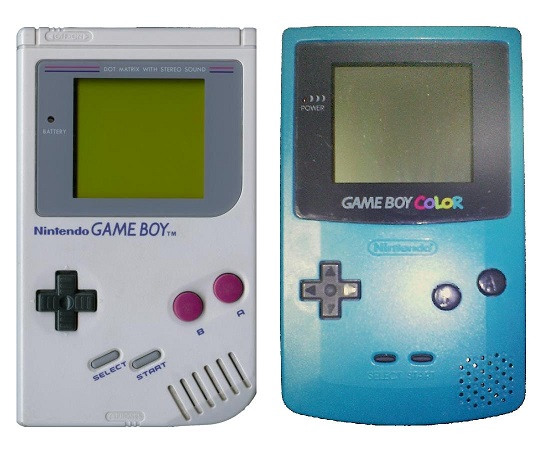 The Game Boy was the first mainstream handheld console…
450

The Playstation 1, or often referred to as the PS1, was Sony’s furore into gaming. It was the beginning of Sony arguably becoming the most important player in the console market.

It ushered in the fifth generation of consoles, following on from the iconic SNES and Sega Genesis systems.

The PS1 competed with the N64 and Sega Dreamcast, beating them both…

Sony’s PS4 is the only console on the list that is currently available in retailers. It has sold nearly 97 million units and will likely break the 100 million mark before it is discontinued.

Prior to its release, the battle between the PS4 and Xbox One was billed to be one of the biggest ever. However, several years later, Sony have won the battle and done so convincingly.

Surprisingly, the Xbox One failed to sell anywhere near as well the Playstation 4 having sold only 39.1 million units. Microsoft’s only entry into the top 10 came with the Xbox 360 with 84 million sales. This still fell short of its main competition at the time, the PS3.

The PS4 massively outsold the Xbox One…

The gaming industry, as a whole, continues to grow. Based on this it’s reasonable to expect both of Sony and Microsoft’s new consoles to be successful.

Historically, Microsoft have failed to reach the heights of their bitter rivals Sony. Both are expected to have PC level power, capable of 4K gaming at a minimum. With that power will come a relatively hefty price tag though.

This could diminish sales somewhat in terms of units sold, while keeping revenues high. How the dynamic will play out between the two remains to be seen, but anyone with an interest in gaming will be watching on the edge of their seat.