Asus has announced a new phone designed specifically with mobile gamers in mind.

The ROG Phone – bearing Asus’ Republic of Gamers brand – is a phone designed to take mobile gaming further than any device has before. The phone is set for release in the third quarter of 2018, although pricing has yet to be confirmed.

Like any gaming device, at the heart of the ROG Phone are its specifications. The phone boasts a Qualcomm Snapdragon 845 processor clocked to 2.96GHz, an Adreno 630 GPU, up to 8GB of RAM and up to 512GB of storage, a more powerful set-up than any competitor.

Meanwhile, the six-inch, 2160×1080 AMOLED display refreshes at 90hz with a 1ms response time to make the most of the phone’s processing power, and a sophisticated cooling system – and the option to add an external AeroActive Cooler – helps to keep that power in check.

That’s not where the hardware features stop – the ROG Phone also includes three “AirTrigger” touch sensors, two of which are designed to act as left and right triggers for gaming in landscape mode, while a third on the bottom right edge adds versatility while in portrait mode.

These are built-in features, but where gamers can really begin to customize their experience is through the use of peripherals. Not only has Asus accounted for the awkwardness of using headphone and charging cables in landscape mode by providing ports on the right side, but the ROG Phone also takes mobile gaming a step further by offering the capability to imitate several varieties of gaming platform with a number of docking stations.

There’s the TwinView dock which adds an additional screen and controls, Nintendo DS-style, the GameVice controller which merely connects physical controls to the side of the phone, a la Nintendo Switch on the go, or even the ability to build a complete desktop set-up around a ROG Phone dock, complete with monitor, ethernet, and USB peripherals. 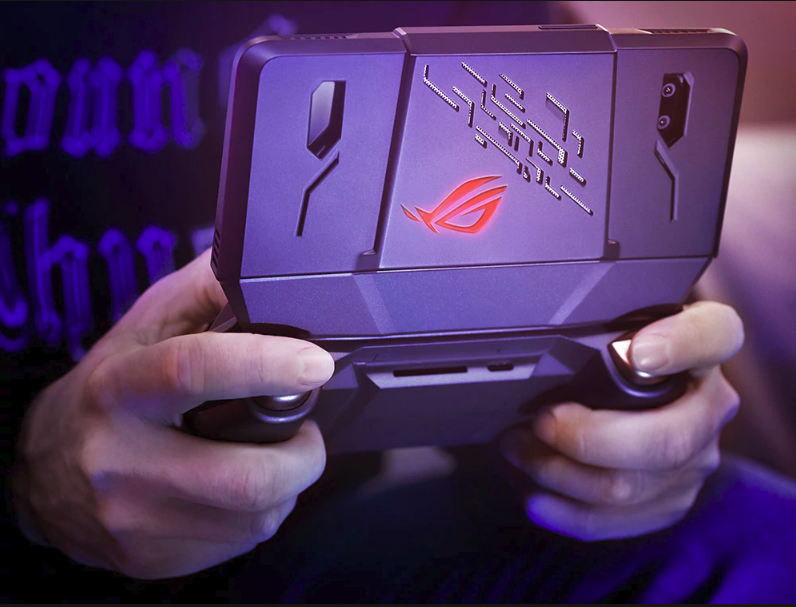 The focus on specifications for gaming naturally comes with consequences of size. The ROG Phone is six and a quarter inches tall and weighs 200g, making it somewhat bulky in comparison to the flagship products of the likes of Apple or Samsung. If you’re a hardcore mobile gamer, however, nothing on or coming to the market currently beats the gaming power packed in that size.

Mobile gaming has come a long way since the days of Snake – nowadays it’s one of the biggest entertainment industries in the world, with the titans of mobile games development like King Digital Entertainment worth billions of dollars. 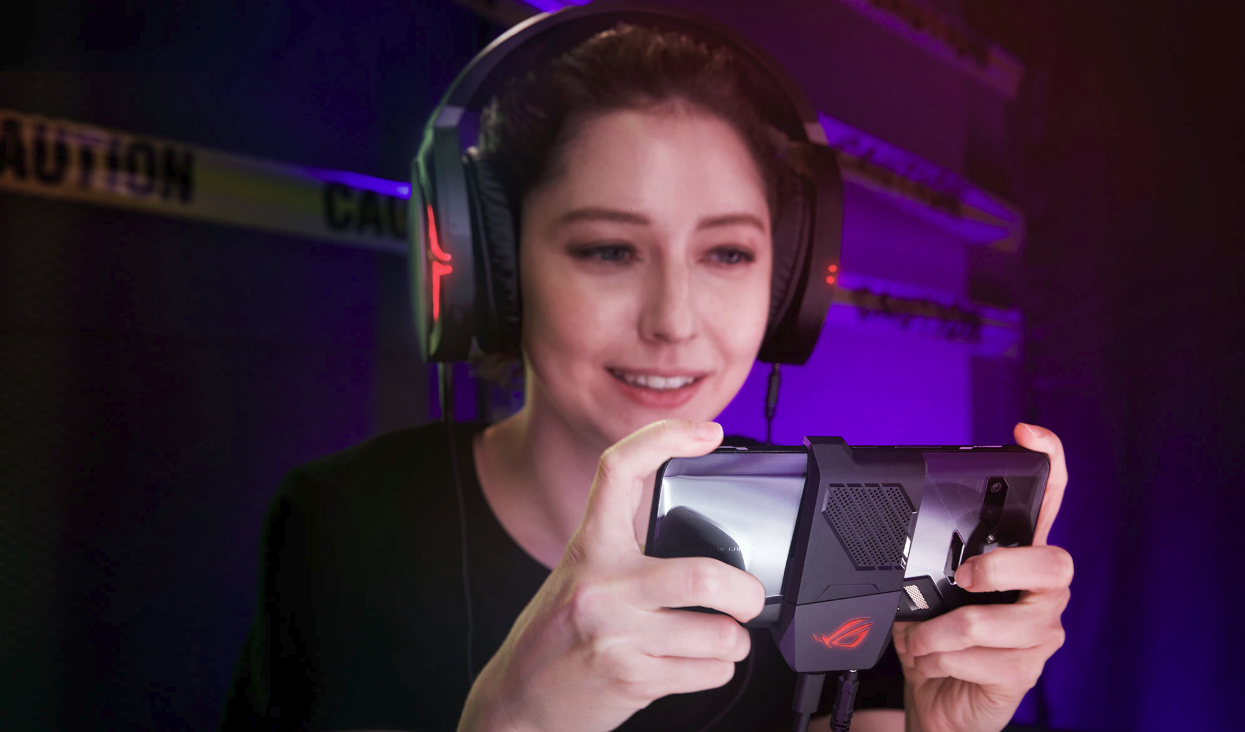 Increasingly, mobile gaming is now shedding the limitations of technology that have typically limited the types of games that were viable on mobile.

Entire genres of gaming have been opened up to mobile, such as MOBAs like Vainglory, while massive, premium games that would previously only have been available on PC or console are opened up to the mobile audience – the likes of PUBG and Fortnite perhaps the most notable recent examples.

As such games continue to bring experiences of greater depth to the mobile platform, it follows that the demand for devices tailored specifically to optimize the gaming experience, as is common in PC gaming, is likely to increase.

The new ROG Phone won’t be the first to be aimed at mobile gamers – the Razer Phone, for instance, is another example of a predominantly gaming brand stepping into mobile – it seems the Asus phone will be optimized for gaming in a way that no predecessor has been, as much a gaming platform that’s also a phone as the other way around.