Professional Fortnite player CouRage helped create one of gaming’s feel good stories of the year with one of the game’s youngest players.

OpTic Gaming’s CouRage is known for his impressive Fortnite play and massive Twitch following – but sometimes, another player steals the show.

Ten-year-old Connor is often a guest on CouRage’s streams, popping in on games and having hilarious (and adorable) interactions with the top player.

While Connor is often part of one of Fortnite’s most viewed streams, he didn’t have an audience of his own. With no social media accounts or streams in his name, Connor was known through Fortnite – and CouRage – only.

However, Connor’s anonymity didn’t last for long. CouRage took it upon himself to help the youngster get his own YouTube channel.

Within the first twenty-four hours of uploading his very first video, Connor’s channel received over 30,000 subscribers.

CouRage created a Tweet detailing the success, stating that he and fellow player Nogla are working with Connor’s father to run the account.

“Good story of the day:
Connor has made a YouTube channel and uploaded his first video. In under 24 hours, he has over 30,000 subscribers. Super proud of him.
Nogla and I plan to help his dad run it all so we can try to help set him up for the future.” 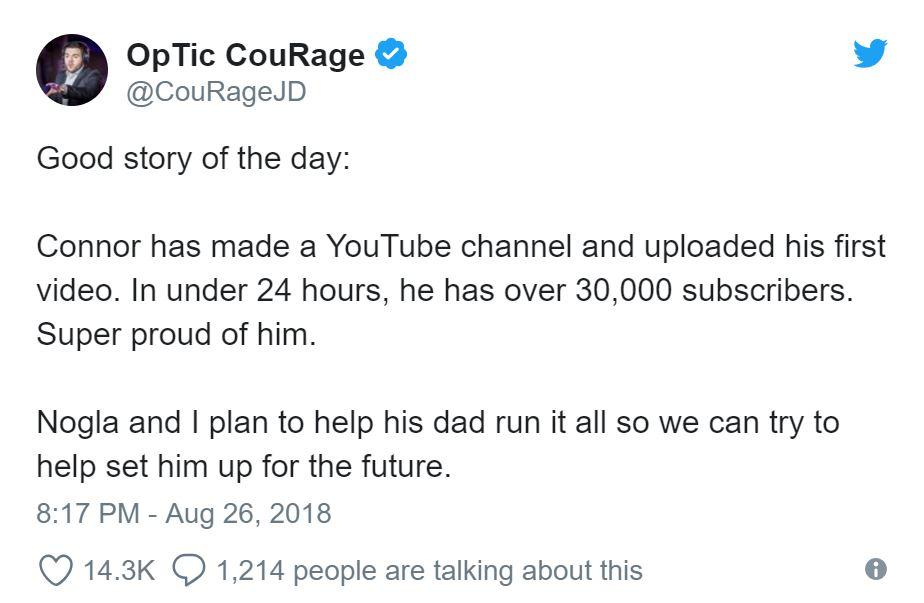 Responses to Connor’s new channel have been nothing short of supportive, with fans and players alike citing his success at an early age thanks to CouRage’s initiative.

“You’ve literally helped this guy have a promising future for the rest of his life. All because you happened to join a duo fill with him. Insane” 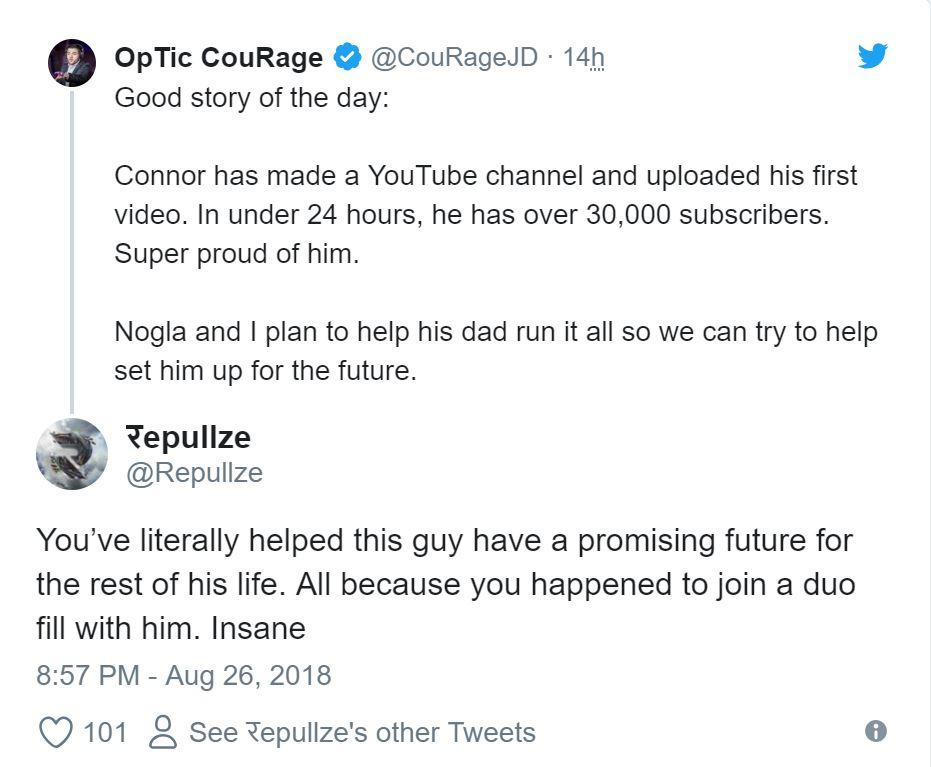 Connor’s video, appropriately dubbed “con 1st vid,” has received over 40,169 views, and features funny clips of his Fortnite exploits with other players. Currently, Connor’s channel has 36K subscribers and counting.