Update: Epic Games has confirmed this patch has now been fixed, after it was live for around an hour. However, because it was their fault, you will keep everything you unlocked:

We have just released a fix for some of the Part 3 Fortnitemares challenges that were granting Battle Stars instead of XP. Please be aware, the UI will still show the reward as Battle Stars until the next update. This was our goof and you will keep everything you’ve already earned.

A bizarre glitch as part of the third set of Fortnitemares challenges has been discovered, allowing players to rack up a total of 350 battle stars.

It is caused by the fourth challenge of Part 3, which is a staged challenge requiring players to visit different locations on the map, the first being Wailing Woods.

At the time of writing, Epic Games has not commented publicly on what is undoubtedly an unintentional glitch.

Typically, and as all the other challenges show, the tasks are supposed to only reward players with XP, not battle stars.

Presumably, these challenges are meant to reward 150 XP and 200 XP, but it seems an error has lead them to reward battle stars instead. 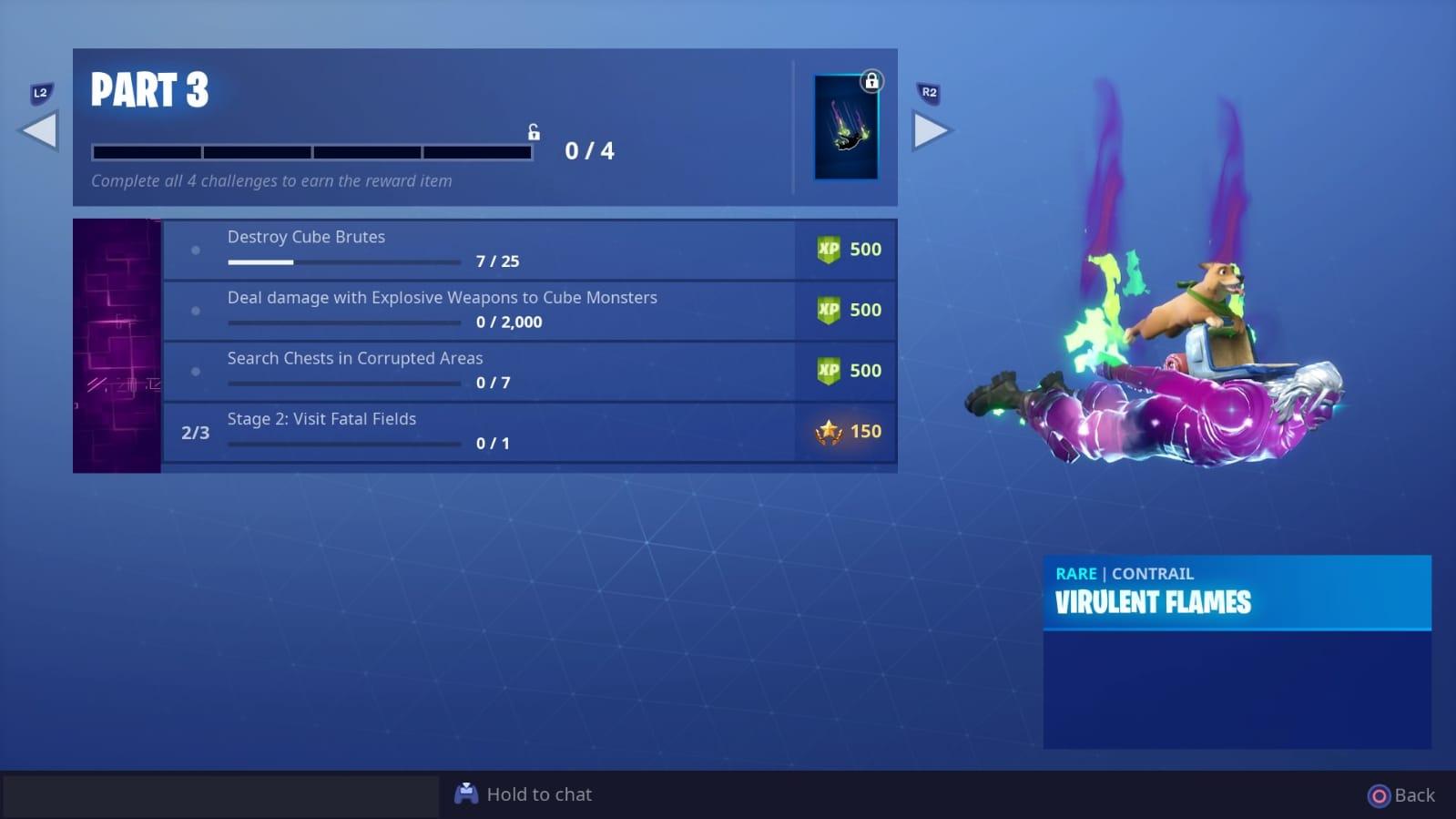 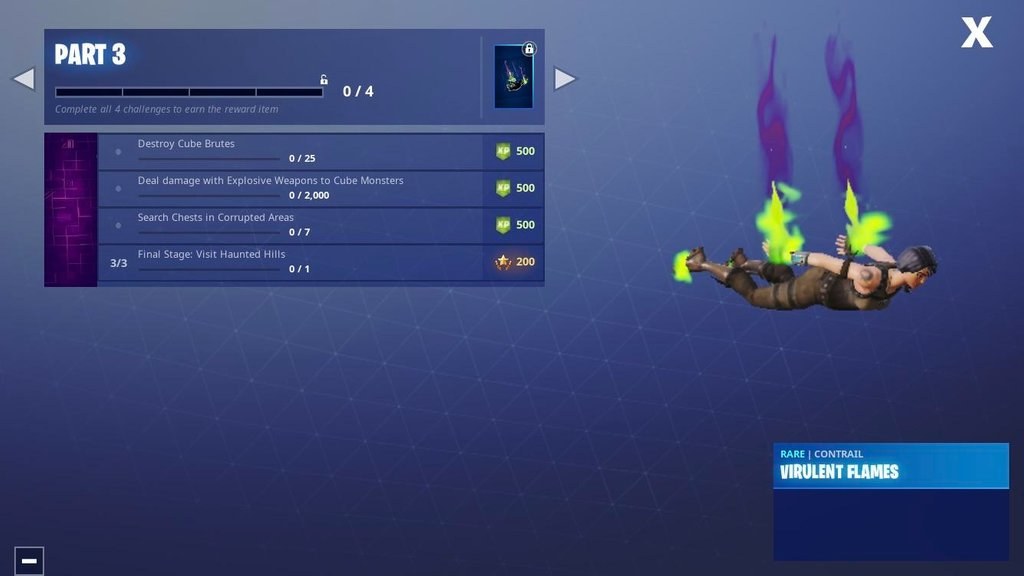 Epic Games will most likely have this glitch fixed ASAP, so if possible you will want to head in to Fortnite immediately, before they issue a fix.

However, there is a high chance that once a fix is issued, Epic will retract the battle stars earned and replace them with XP, as intended.