5 worst places to land on the Fortnite Chapter 2 map

Frustrations tend to boil over in Fortnite Battle Royale when you or your team drop at a terrible location and it’s no different in Chapter 2. There are some dreadful places that you shouldn’t even be tempted to visit.

Overall, Epic Games have been lauded for finally giving fans what they want and delivering a brand new map for its first season of Chapter 2, freshening up the popular battle royale game mode.

However, while that might sound all well and good, just like any map there are parts that you don’t really want to be starting matches, even if they look cool at first glance. 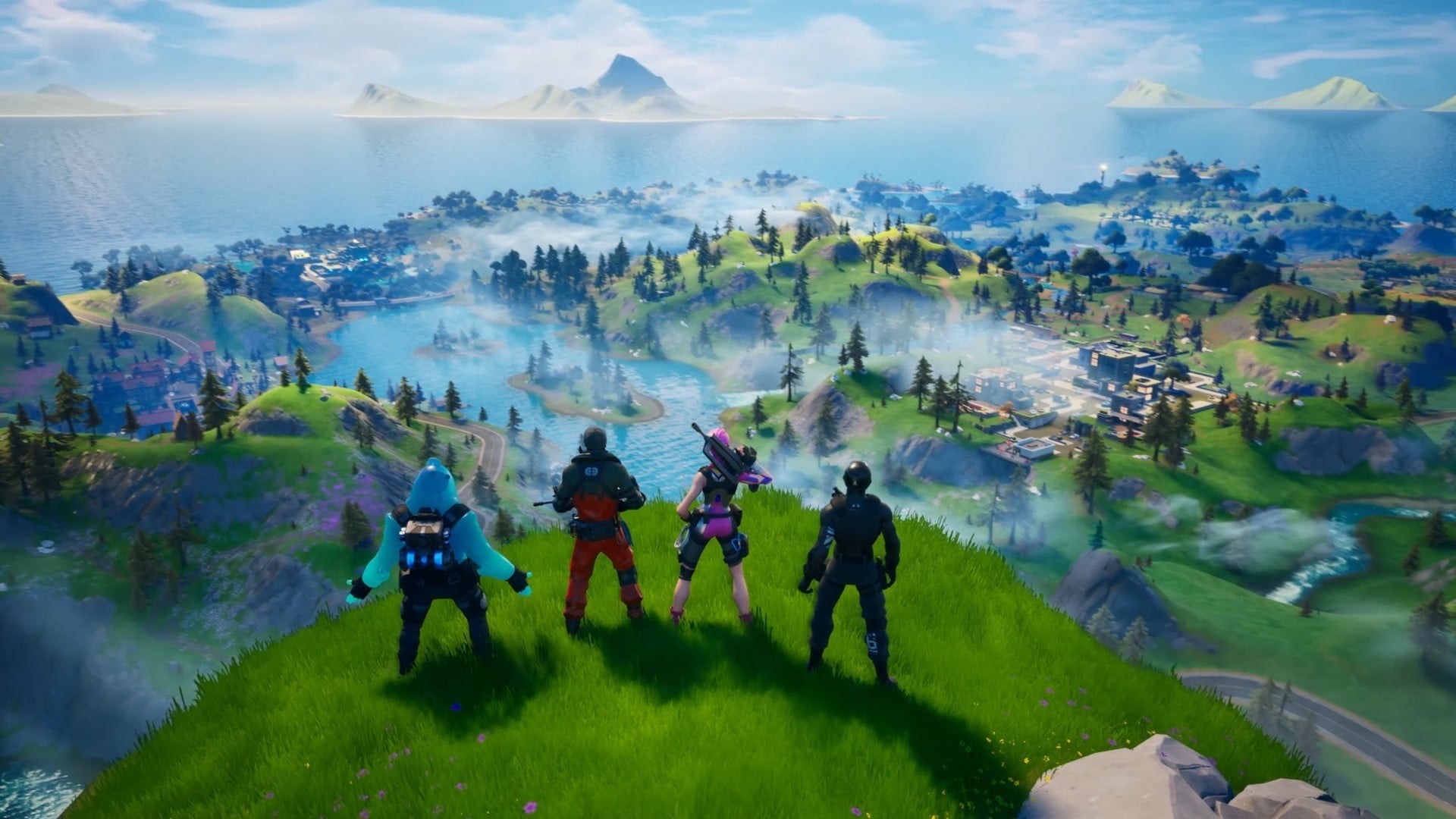 A lot has changed in Fortnite since the start of Chapter 2 – including a brand new map!
[ad name=”article2″]

Whether you prefer to land at named points of interest or unnamed areas of the map, the last thing you want is to start your game at somewhere that’s going to put you at a disadvantage.

So, while we would never go as far as saying it’s impossible to pick up wins here – as that would be a pretty ludicrous thing to say – let’s take a look at all of the places that we have ranked as the worst on the new landscape and see if you agree.

This might be one of the places that you still haven’t checked off your map just yet, as Epic started the season by concealing everything, and in all honesty, it should stay that way. Don’t even bother. 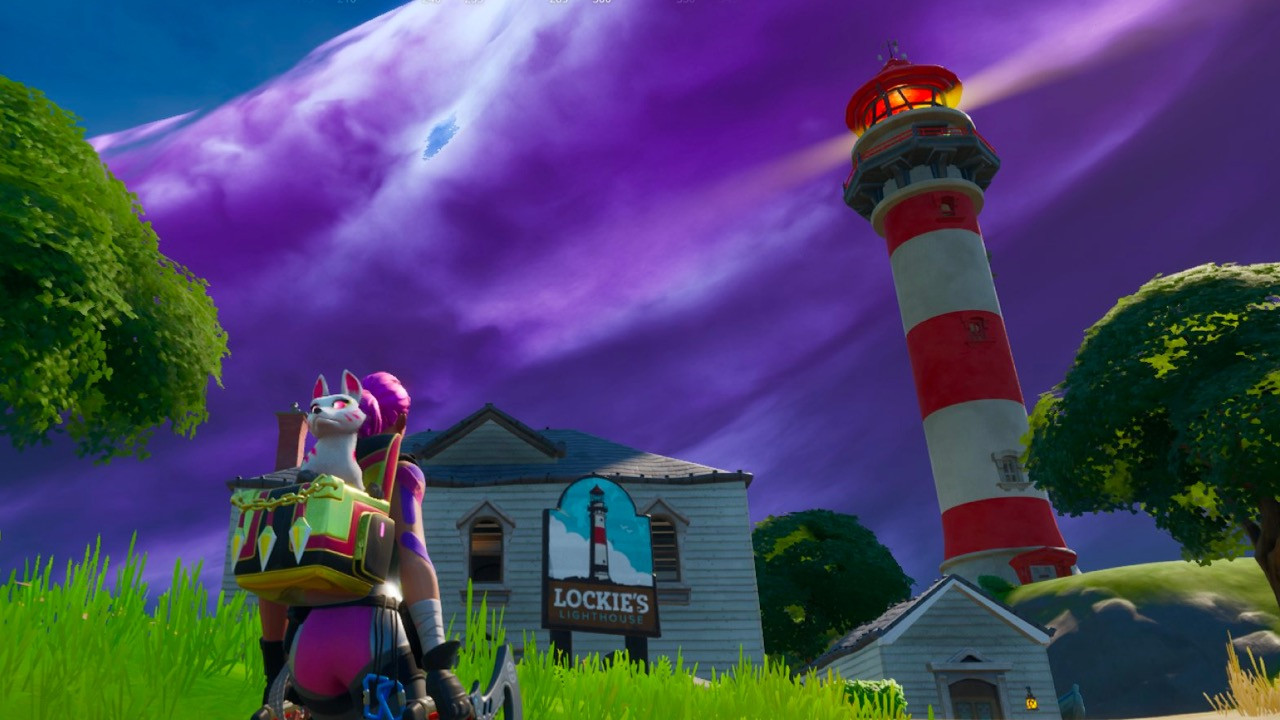 Lockie’s Lighthouse can be found at the very top (center) of the Fortnite Chapter 2 map.

Unless you want to explore one or two small houses and then go running around in circles until you get to the top of a lighthouse, only to find yourself miles away from the circle… Be our guest and visit Lockie’s Lighthouse.

There’s not much going on here, that’s for sure. Nice view, though. The place itself does look phenomenal, just not an ideal spot for when you’re first dropping in.

Some fans might have expected – even wanted – some remnants of the older map to stick around for Chapter 2, but let’s face it, Retail Row is a stale spot. 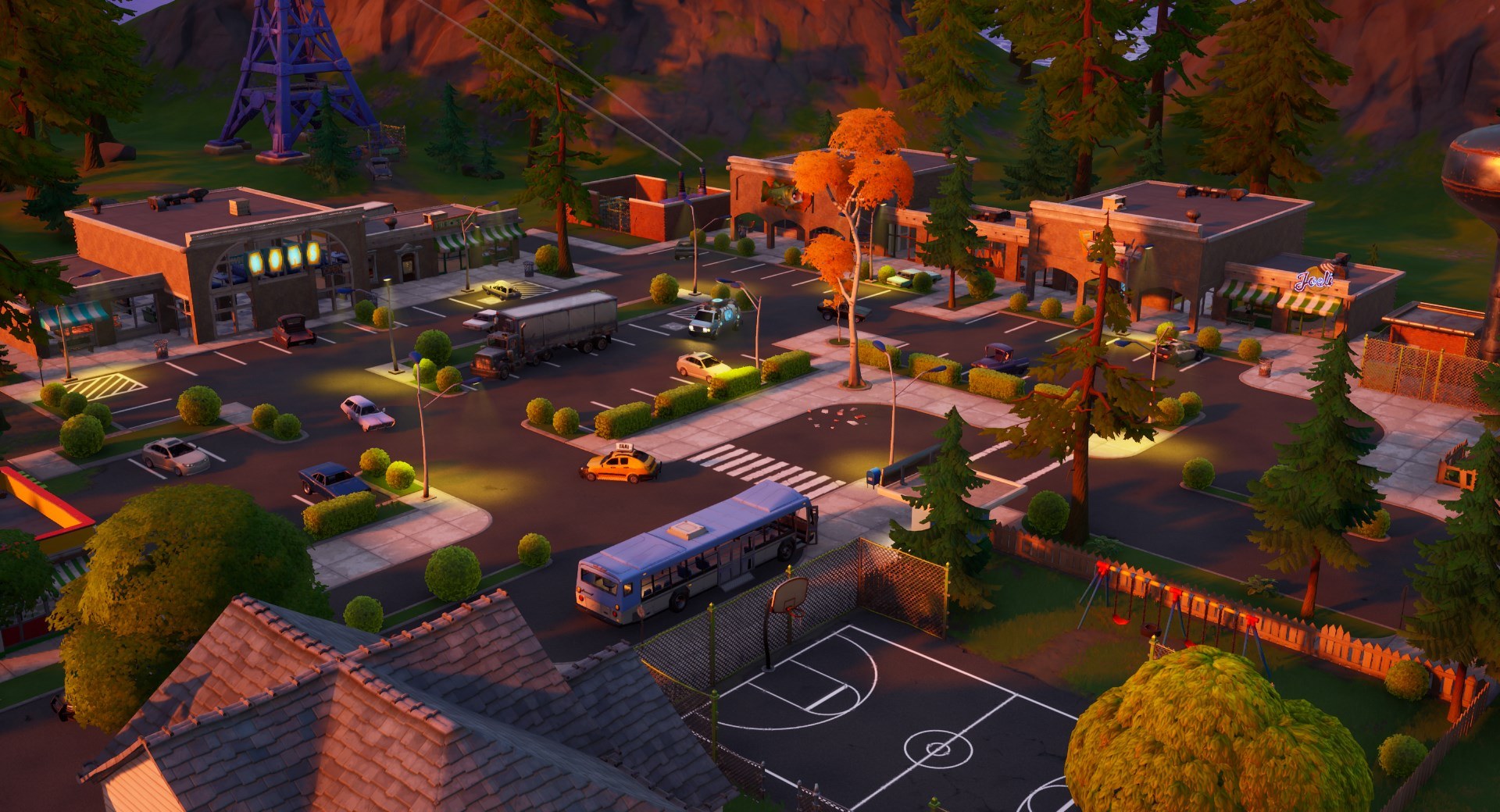 It might be a new map but Retail Row somehow managed to survive. The zombies have disappeared, though.
[ad name=”article4″]

One thing that it can’t be denied is the amount of loot that you can find. This point of interest certainly has a number of chests spawning there, but there are so many other fresh places to explore that this one looks very much redundant at this point.

Moving away from ‘devil’s advocate’ mode for a second, though. If everybody is thinking it’s redundant, you could have a clear shot at all of the loot here. Just something to bear in mind. Generally though, we would avoid.

Homely Hills looks like a quaint little village in the hillside, but it’s not exactly the place you would want to start a match, for a number of reasons. 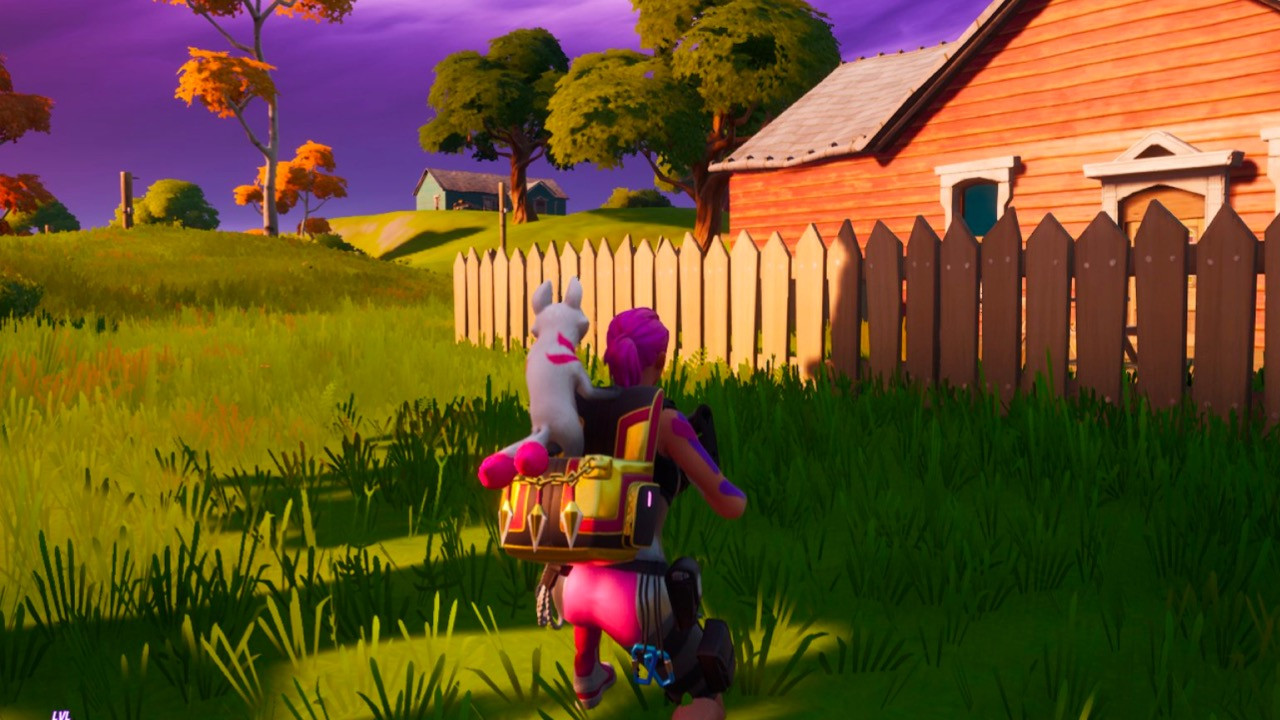 Homely Hills might feel homely, but it’s not the best location around.
[ad name=”article5″]

Just like the Lighthouse – which isn’t too far away from it, by the way – Homely Hills is easy on the eye.

It’s something different, spread across a nice spot of land, but the buildings are quite far apart and not always the best in terms of the loot you will find there. There’s not a lot.

Solely from a chest count perspective, Weeping Woods is a bad option in comparison to the other named locations. 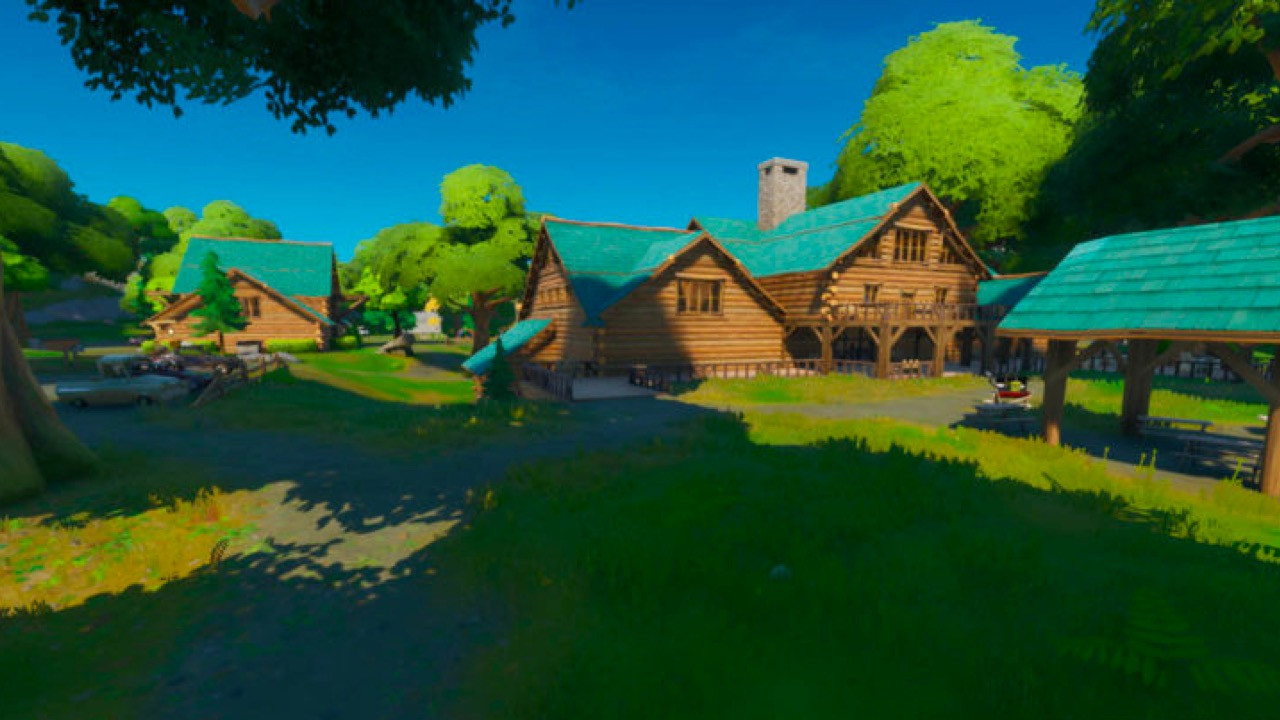 Weeping Woods has a low chest count compared to other places in Chapter 2.

That doesn’t mean to say that there’s nothing good about this landing spot, clearly there is. There are a number of huge trees that make it an ideal area for building up your material totals, mushrooms all over the place for shield, but only 11 chests to dig your way through.

Now, this might look like an unusual one to end things on, especially given that we’ve just shown you that Sweaty Sands is the capital of loot in Chapter 2, Season 1… But, we have our reasons. 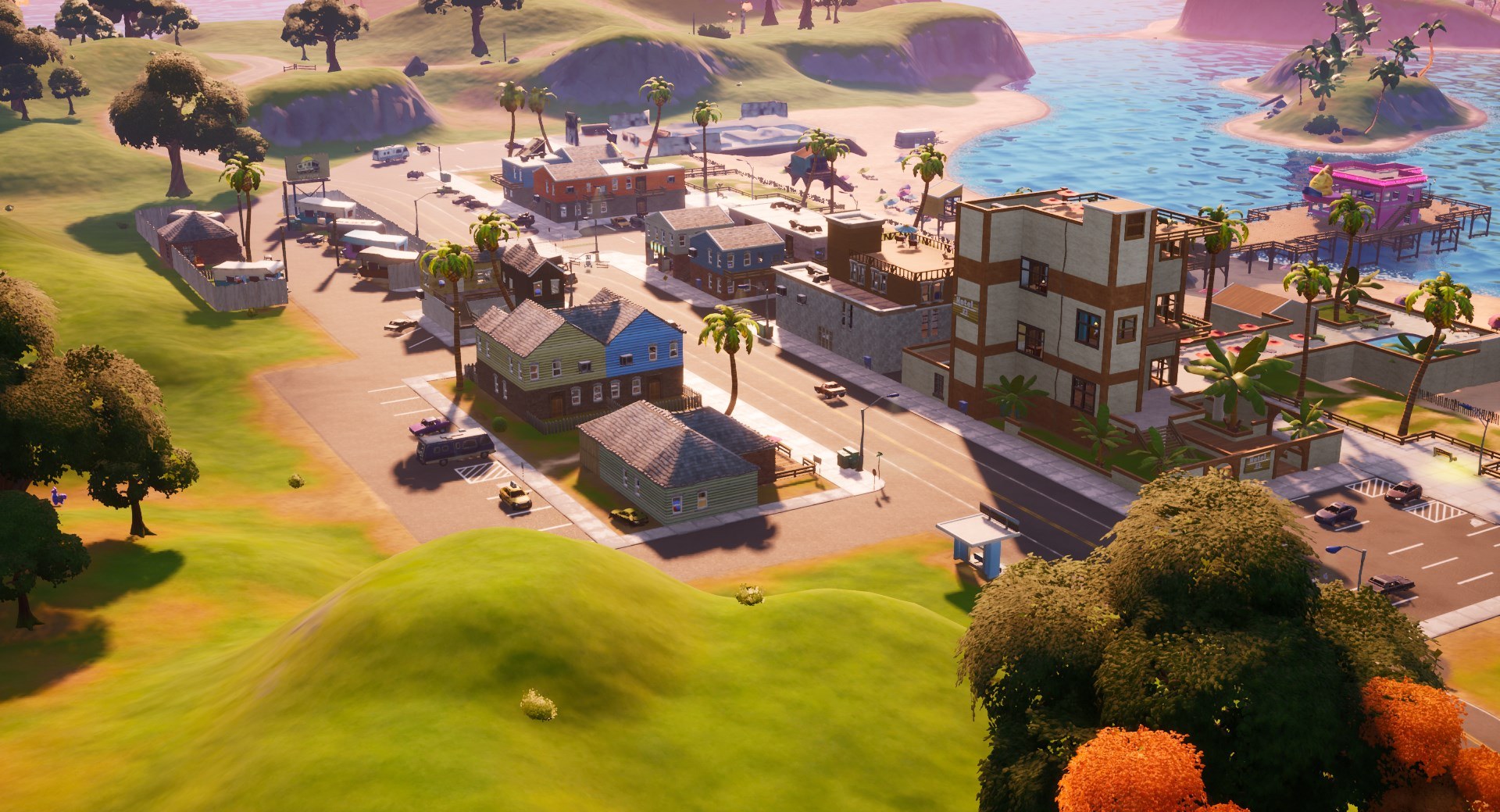 Sweaty Sands is heaving with players almost every game.

There might well be a grand total of 34 chests waiting to be opened at this point of interest, but the only interest you need to be worried about is your survival and that’s going to be made – almost by default – more difficult to achieve by landing here.

In some games, almost half of the lobby can be seen to angle their gliders towards this location, recreating a similar experience to that of Tilted Towers in previous seasons.

That doesn’t mean to say that you can’t be successful when landing here, yet it’s definitely going to be more challenging, particularly for those who are just starting out.

So, there you have it! That draws a close to our worst location guide for Fortnite Chapter 2 and it wasn’t easy to put together, because of the positivity surrounding vast areas of the new battle royale setting. If you would like to check out our best locations guide, go ahead.