The week 10 challenges for Season 8 are upon us, and there’s another treasure map task to complete, which will have you hunting the map, with two separate stages to complete.

The new challenges drop on the same day as the v8.51 update, which added in the new shadow bomb, and although players were expecting ‘Overtime Challenges’, they were not mentioned in the patch notes.

As this is now the final standard week of challenges for Season 8, and with no Overtime Challenges in sight, this could be your last chance to rack up the all-important battle stars before Season 9 begins.

As a two part challenge, you will first need to head to Junk Junction, as the name of the challenge implies, to find the treasure map itself.

Once at Junk Junction, head to the north of the location until you find two tall stacks of crushed cars and a stack of wooden pallets, just to the west of the basketball hoop.

The signpost is located in the small space between the stack of wood, stacks of cars, and the large blue shipping container. 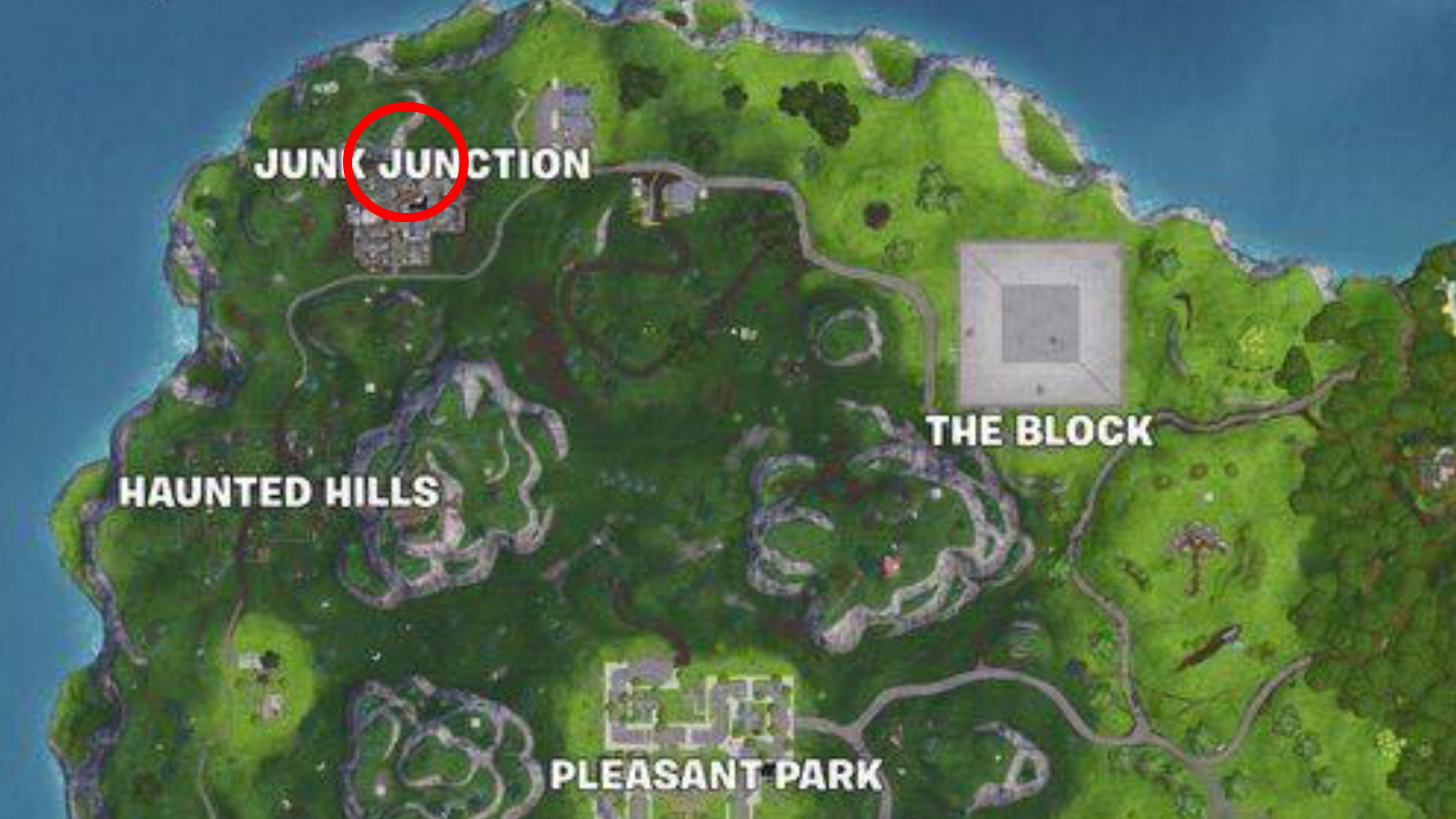 The treasure map signpost should be center-north at Junk Junction.
[ad name=”article3″] 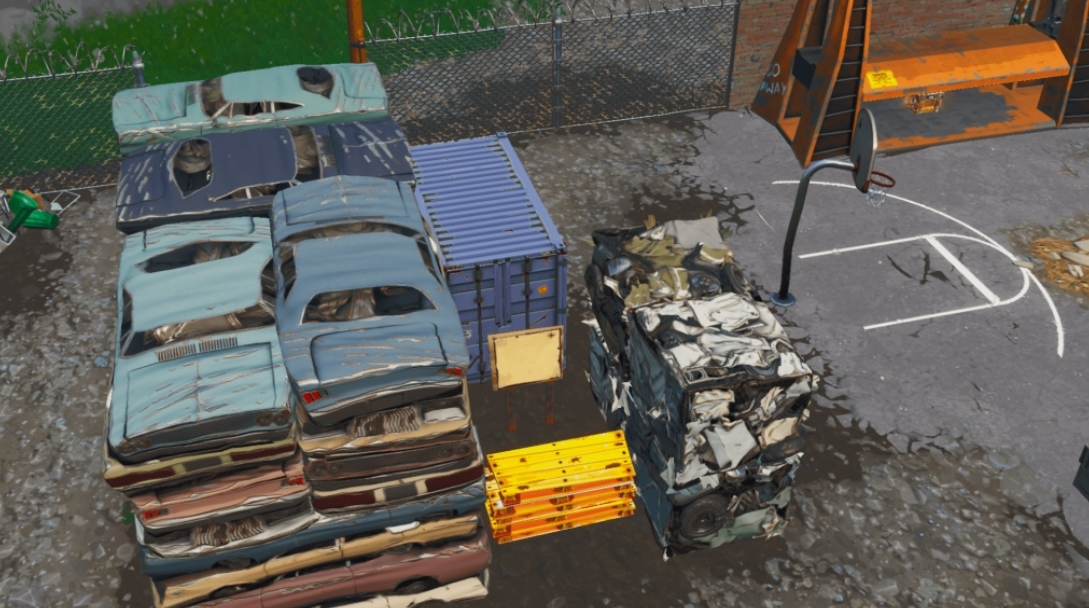 The signpost containing the treasure map can be found between the stacks of crushed cars, stack of wooden pallets, and the large blue shipping container.

Once you find the signpost containing the map, you should be able to interact with it, which will earn you the first battle star, signifying that you can now move to Stage 2.

The map itself is an image of what looks like a very rough fork and knife set, with a red X placed on the right side of the knife, pretty much at its center.

This is, of course, in reference to the popular meme of calling Fortnite BR ‘Fork Knife,’ so it’s nice to see that the developers are very much in tune with the meme culture. 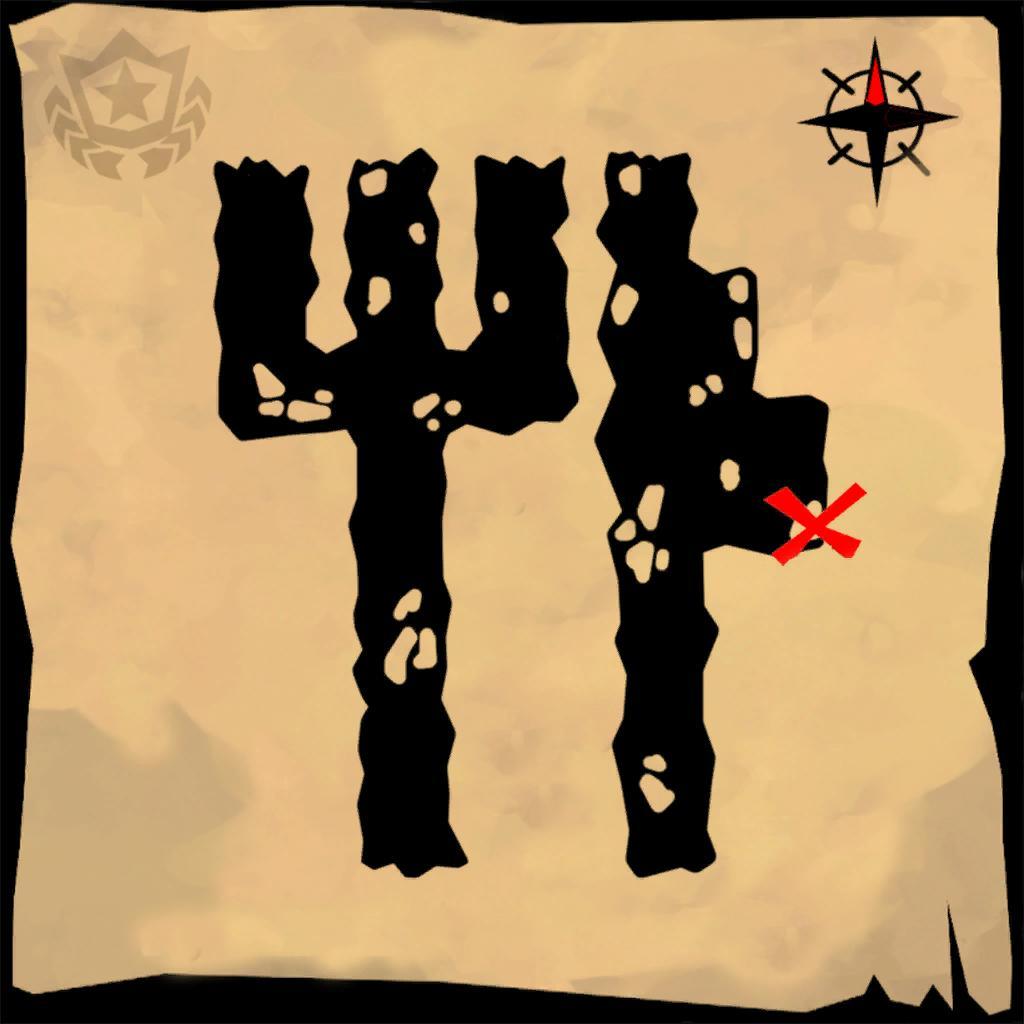 The treasure map features a rough fork and knife drawing, with a red X on the blade of the knife.

If you haven’t been able to figure out where exactly on the Fortnite map this treasure hunt is leading you to, you’re in luck, because we’ve determined that you will need to head to just northwest of Fatal Fields,

Here you will find large diggings in the ground that look identical to the fork and knife drawn on the treasure map. 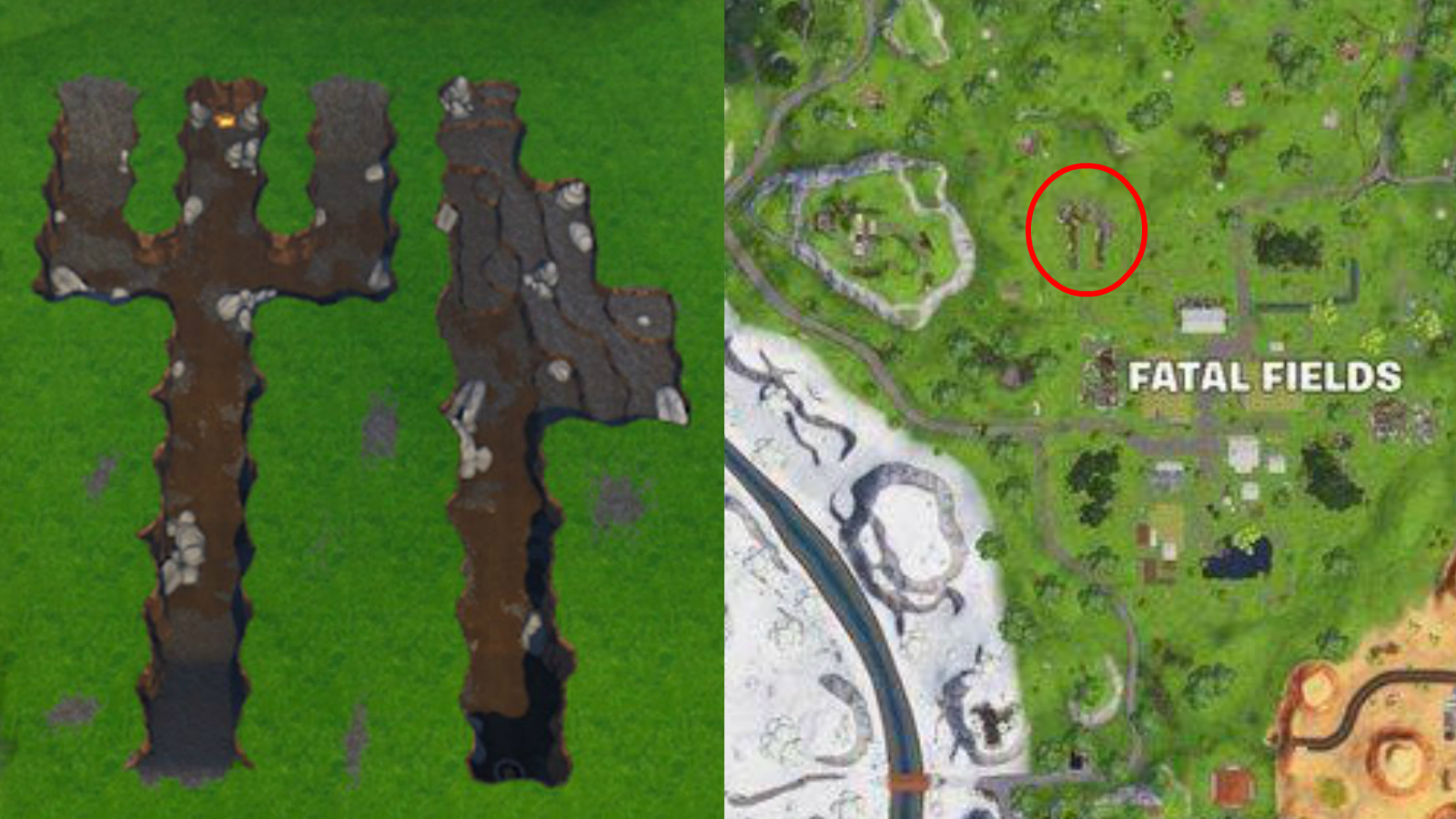 The treasure map should lead you to the Fork Knife location.

The rest should be pretty self-explanatory – head to the exact point on the diggings that’s marked with an ‘X’ on the map, and you will then find the battle star need to complete the challenge. 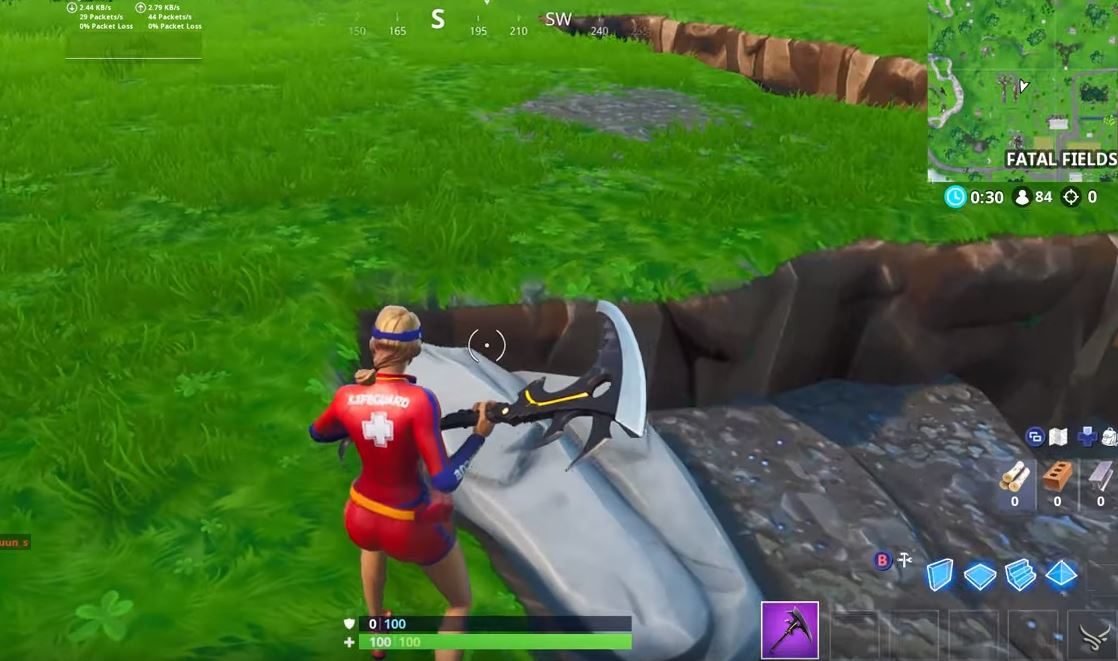 The battle star needed to complete this challenge will be located right at the tip of the knife’s blade.

Remember, as with all challenges, if you leave the match early, your progress may not count, so play the game out till the very end if you don’t want to have to repeat the process all over again.