The duo outlasted the field over eight matches, finishing ahead of TwitchKejser and Octagon Sevrin in second thanks to a tiebreaker, with Xypher TesquotTV and Xyhper Sanfuu finishing in third.

Before reading the rest of the recap, make sure to brush up on the scoring format for this week’s competition:

Teams will be ranked on a Contest Leaderboard based on their current points. Victory Royales and Eliminations in this competition will be scored to determine placement, score, and multipliers during the event. The top 20 players at the end of the 8 games will be awarded. In the case of a tie, players will be scored on a tiebreaker system.

Teams will be ranked on the Leaderboard based on the following scoring system:

It was tight at the top after six played matches, with Mitr0 and K1nzell holding a 3 point lead over Snafuu and TesquotTV, 38-35. Svennoss and Tinny were in a distant thrid, however they had the double wrecking ball bonus for the 7th match. Hoopek and Sk1x were in 11th at just 15 points, but held the Kingpin bonus for the 7th match.

Hoopek and Sk1x took full advantage and had a four kill game 7 to rocket up the leaderboards to third place, while Svennoss and Tinny could not capitalize on their bonus, earning just a single kill. The top two places stayed the same however, with Mitr0 and K1nzell earning four kills to get up to 42 points and Snafuu and TesquotTV got three for 38.

Mitr0 an K1nzell did just enough to hold on, picking up two kills and outlasting Snafuu and TesquotTV – who were eliminated with 30 players remaining- in the eight match. Kejser and Sevrin were nowhere to be found on the leaderboards for most of the day, but monster performances in games seven and eight launched them up to second place.

It is the second Summer Skirmish victory for Atlantis Mitr0, who won the Week Three duos tournament with Atlantis Magin.

K1nzell and Mitr0 finished the day with two Victory Royales on their way to first overall and the $75,000 prize, winning the first and fourth matches. 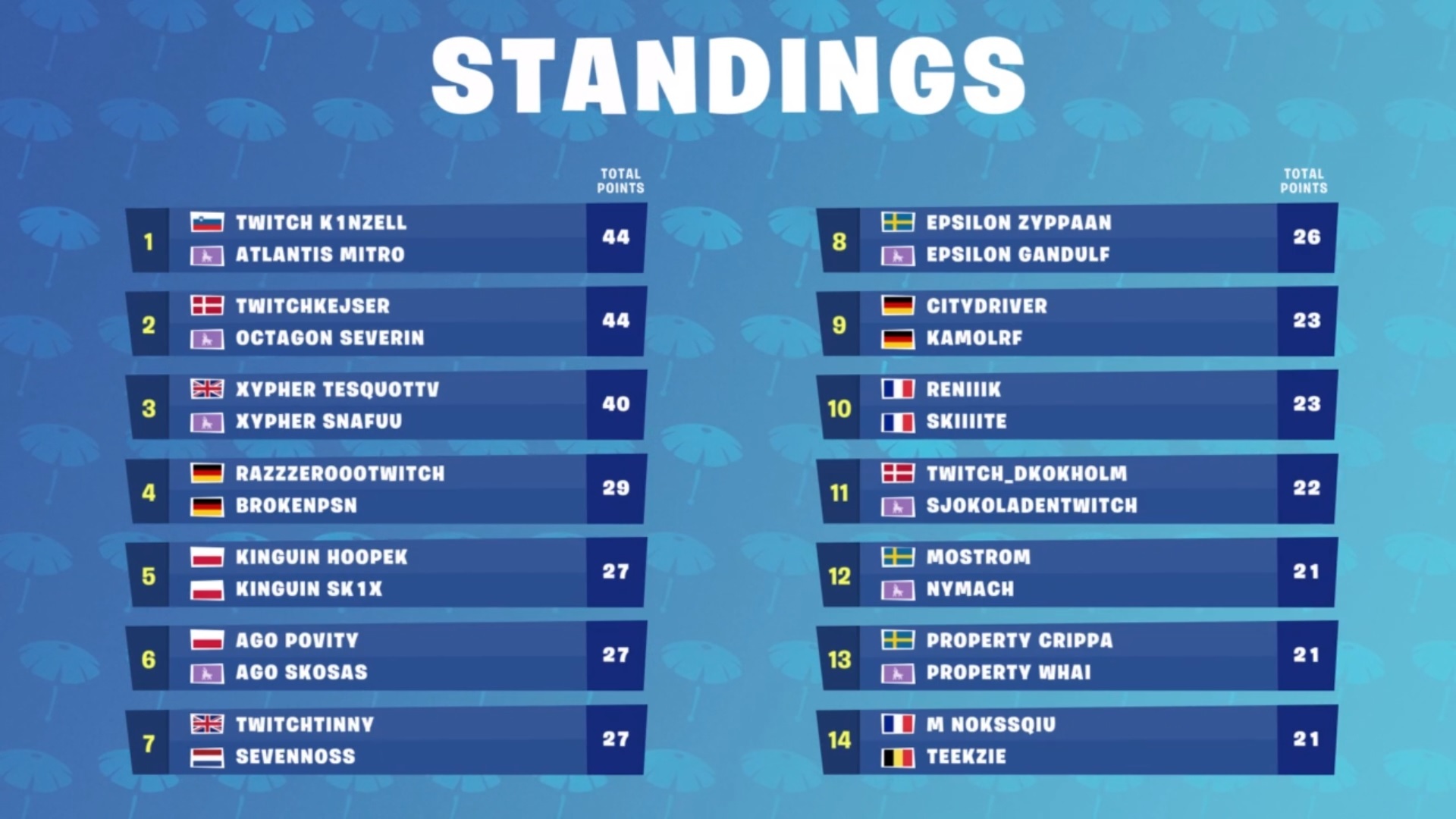 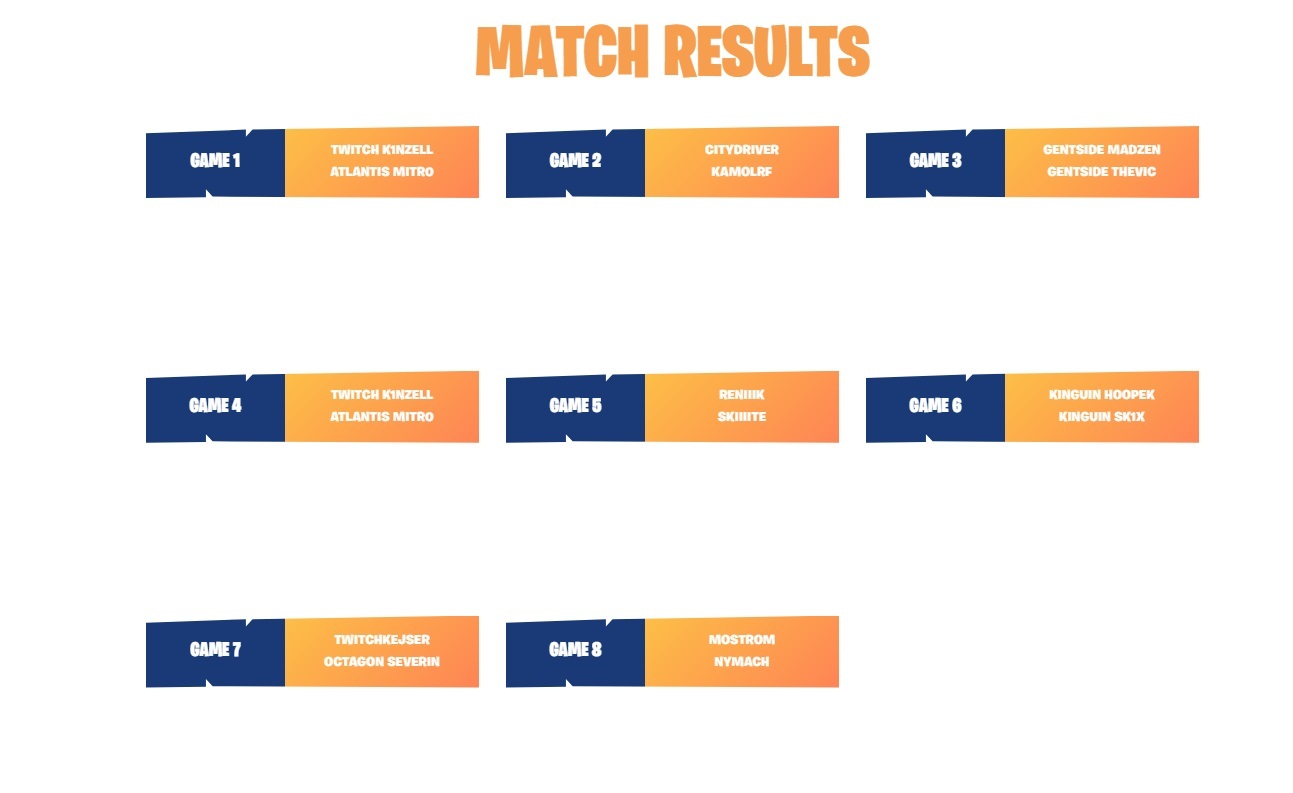