This Fortnite emote wheel concept would be a massive improvement

Everyone loves a good Fortnite Battle Royale concept and one Reddit user’s idea for upgrading the emote wheel falls firmly in that category.

Fortnite concepts and suggestions range from skins and cosmetics to menu and quality of life improvements, with most of the best ones find their way to the front page of the FortniteBR subreddit eventually.

It’ll come as no surprise, then, to hear that the incredible emote wheel concept from ‘zangemaru’ also made its way there.

The suggestion shows a significantly larger emote wheel, making it perfect for the ever-growing emote inventories of the Fortnite community. The number of slots in each ring of the new wheel are dictated by the rarity of the emotes being used (uncommon, rare etc.). 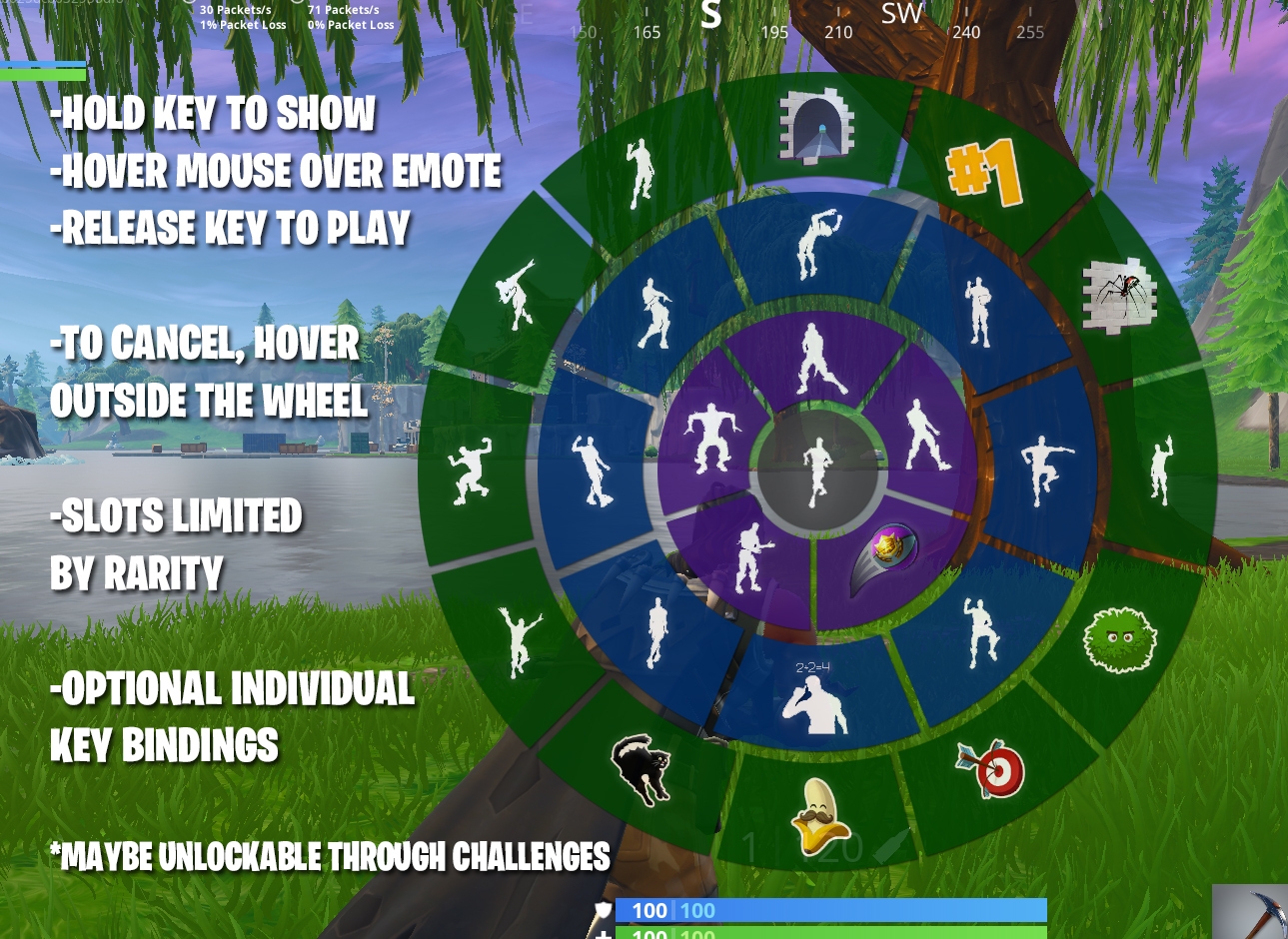 The significantly more complicated emote wheel would still be simple to use on paper, with zangemaru saying that users would need to hold their emote key, hover their cursor over the emote they want to use, and then release their emote key in order to select it.

While this might be more difficult to do on console, other users have suggested that holding the right analog stick in and then moving to the emote of choice would work just as well.

There would also be an option to bind your favorite emotes to specific keys to cut down on selection time if needed – a welcome inclusion for players that enjoy showboating!

The current emote wheel is rather limiting for players that own more than a handful of different dances and gestures, so this concept would be an amazing upgrade.

The Fortnite developers are active on Reddit so there’s always a chance that they’ll take inspiration from a concept like zangemaru’s!