The Quad Launcher is finally coming to Fortnite - Dexerto
Fortnite

The Quad Launcher is finally coming to Fortnite

The highly anticipated Quad Launcher item is finally on its way to Fortnite Battle Royale.

The weapon was officially announced via the in-game news area, with Fortnite’s message of the day updated to reveal the launcher, along with the tagline: “Quickly fire up to 4 rockets to blanket an area with explosive damage.”

The weapon is a rocket launcher. But, unlike previous versions of the weapon, the Quad Launcher features four barrels, allowing users to fire rockets extremely quickly, without the need to reload.

Storm Shield One suggests that there will be two variations of the weapon, with Epic and Legendary rarities available. They claim that the Legendary version of the Quad Launcher will deal 84 damage, and take 4.5 seconds to reload.

While the the weapon has four barrels, it’s unlikely that players will be able to fire all four rockets simultaneously, and it’s possible that Epic Games may add a delay between fire to ensure this. 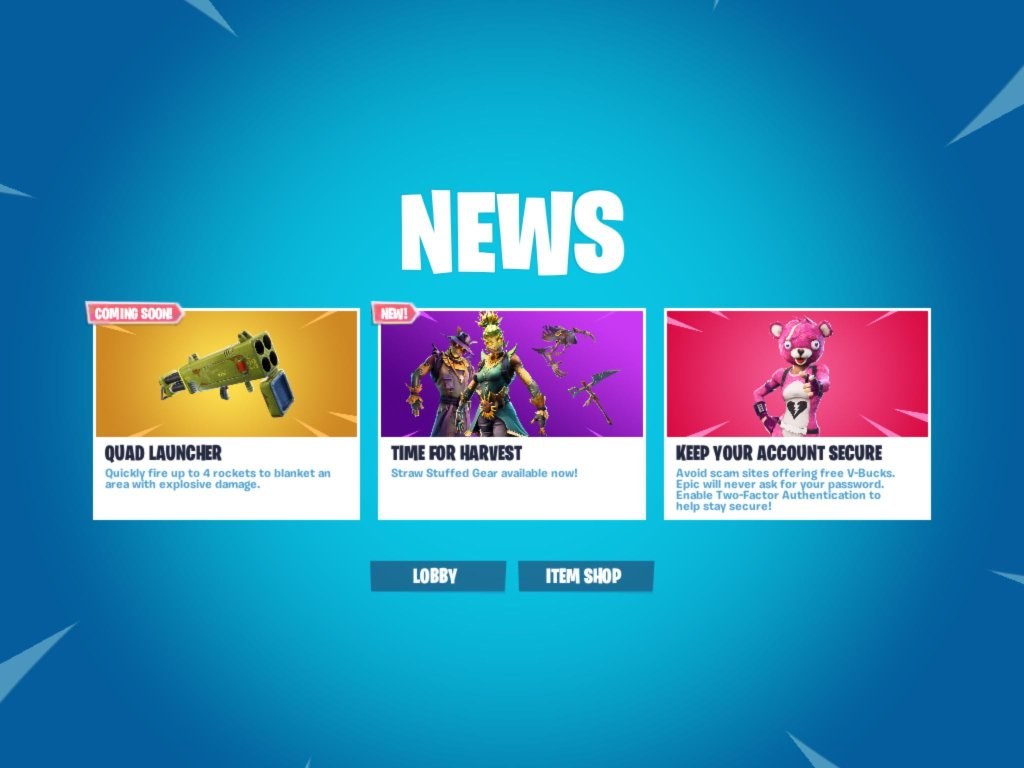 It’s also unlikely that a rocket shot from the Quad Launcher will be as powerful as one shot from the RPG, but when all four rockets are shot at one location, it’s possible it may end up doing more damage than one single RPG shot.

The Quad Launcher is already available in Fortnite’s other game mode, Save The World. Unfortunately, there is no official release date for the launcher in Battle Royale, but with the item being added to the Message of the Day menu, it’s safe to assume that it will be arriving very soon.