The Fortnite Hunting Party Week 7 loading screen has been leaked

The V6.22 Update for Fortnite Battle Royale has only just released, but dataminers are already hard at work sifting through the files looking for new items and clues as to what is to come in the game.

The new patch sees the introduction of a brand new weapon called the Heavy AR, alongside the return of  popular Limited Time Mode, Blitz.

Patch V6.22 also brings in the start of Week 7 of the game’s popular Battle Pass, meaning the new challenges for the week are likely to be leaked in the near future.

Thankfully, due to the hard work of dataminers, we can already see what the Hunting Party loading screen for Week 7 will look like!

The Week 7 loading screen can be unlocked by completing all seven of the new challenges when they are released, and contains a secret hint to help players complete the seventh Hunting Party challenge.

Kevin the Cube is the main focus of the brand new loading screen, showing what appears to be his final moments, which took place during a special in-game event on Sunday, November 4. 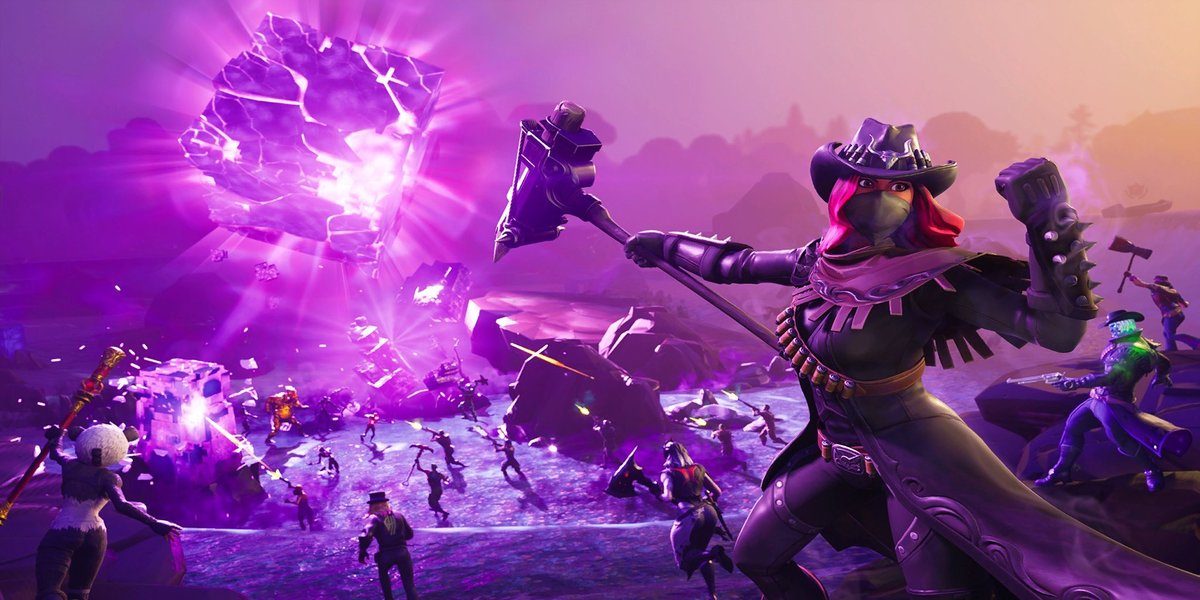 Also featured in the loading screen is a Cube Monster, with a massive group of Fortnite characters focusing their attention on the beast.

Dataminers have been extremely busy working their way through the new update, leaking brand new cosmetics and skins, along with a first look at the upcoming Hunting Party skin.