The grand finals of the $1.5M Summer Skirmish tournament at PAX West was thrown a major and unexpected twist thanks to the giant cube in Fortnite.

During the fourth match of the six match grand final, one of the final Storm circles was located near the giant cube, which does have a low-gravity field surrounding it.

However, as players got close to the cube, they began experiencing extreme levels of low-gravity, to the point where the entire field was soaring through the air shooting at each other, unable to get back to the ground.

As of now, it is not clear whether this effect was intentional or not, but the casters of the event did announce that the low-gravity zone was going to be disabled for the rest of the grand finals.

Furthermore, a seventh game was added to the final, seemingly to make up for the mayhem of the fourth match.

Regardless of whether it was intentional or not, the effect came as a surprise to everyone, including the casters, players, and viewers.

Several community big-names, including the two casters DrLupo and CouRage, tweeted out their reactions to the occurrence. 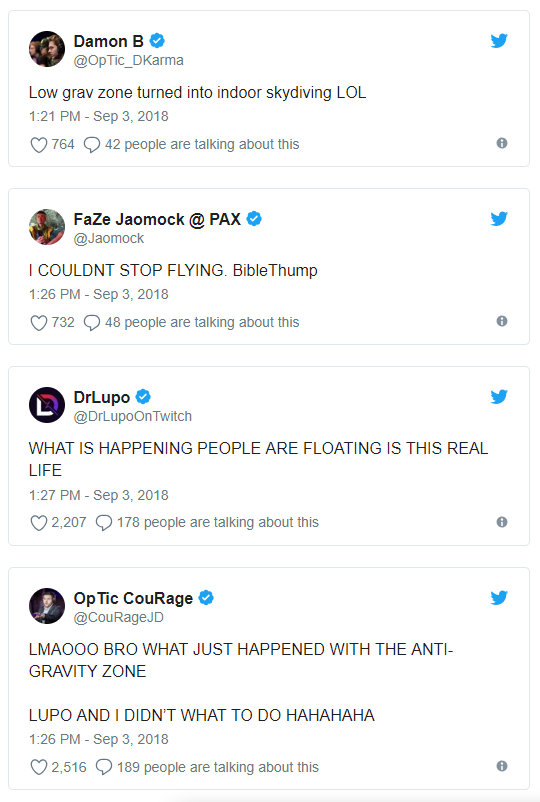