It looks like the first official Season 5 images are beginning to be released as the Spanish community manager at Epic Games has tweeted out a teaser.

With Season 5 just around the corner for Fortnite Battle Royale, players around the world are keeping their eyes peeled for any official information from Epic Games.

They may have found just what they were looking for on July 9th when the Spanish Community Manager at Epic Games, Beñat Miranda, posted a teaser.

Captioned with what translates as “3 days for Season 5, Miranda posted an image that seems to show an animals face behind the Fortnite Season 5 wording and a large crack like those found in the sky.

Some community members have also pointed out that it looks like the artwork used for Japanese kitsune masks.

While we originally thought the imagery looked somewhat Egyptian, this description of some of the supernatural abilities of the kitsune from Japanese folklore seems to fit all too well with what has been happening in Fortnite so far:

Some tales speak of kitsune with even greater powers, able to bend time and space, drive people mad, or take fantastic shapes such as a tree of incredible height or a second moon in the sky.

A great deal of the speculation about Season has centered around the mysterious portals, or rifts, that have been appearing all over the map and either removing items or conjuring strange new ones.

One of the most popular theories is that we will see some form of time travel, and this description of the kitsune goes hand in hand with that! 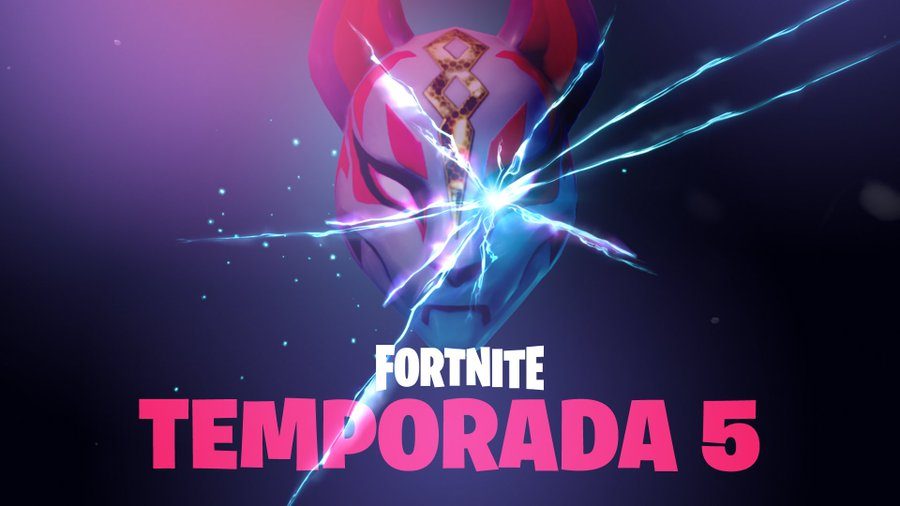 The introduction of the Drum Gun, which is based off of the prohibition era Tommy Gun, was the first hint that we could be seeing some sort of time travel at the end of Season 4, and a great deal of hints have also pointed that way ever since.

Of course, this is all simple speculation at this point and nothing will be confirmed until Season 4 comes to a close and Season 5 begins.