Tfue struggles mightily at Fortnite World Cup despite the hype

Superstar Fortnite pro Turner ‘Tfue‘ Tenney did not live up to expectations in the Solos tournament at the $30 million Fortnite World Cup, putting in a sub-par performance.

Coming into the $15 million Fortnite World Cup Solos tournament on July 28, the general consensus was that Tfue would show up big-time, with some even predicting that he would finish in the top-10.

His status as a global Fortnite icon aside, the former FaZe Clan member had arguably the most winning experience on LAN than any of his fellow competitors, having placed first at TwitchCon’s Fall Skirmish Duos event with Dennis ‘Cloak’ Lapore last fall.

Unfortunately, things didn’t pan out exactly as predicted, as the iconic player was actually pretty below average, especially considering the standard that he and everyone else in the competitive community had set for him.

He finished the competition in 67th place, out of 100 total players, with just seven points to his name, four of which were from eliminations and the other three from placement. 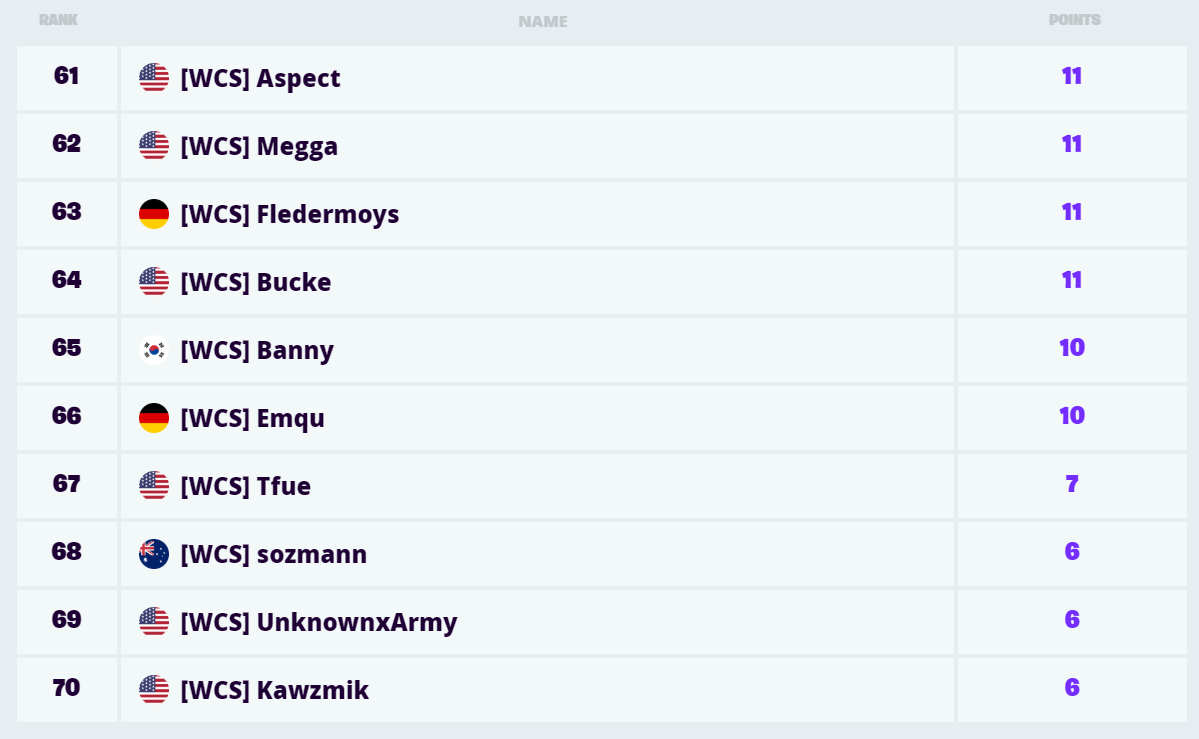 The first three matches were the toughest of the bunch of Tfue, as he came in 79th, 63rd, and 65th respectively, amassing just one elimination over that span.

In the third match, he was eliminated after an uncharacteristically poor decision to glide down to the middle of the zone with 65 players still remaining, opening himself up to get shot mid-flight and get eliminated as soon as he landed.

Things picked up for him in the second half of the tournament; he finished 22nd in the fourth match, earning three placement points for his efforts.

Following another dud in the fifth match, he went into the sixth and final game knowing that he needed to play a lot more aggressive to secure as many points possible.

That he did, getting three eliminations to finish among the leaders in the lobby, but got taken out just outside of the top-25, failing to get any placement points.

Following the conclusion of the event, Tfue did not have much to say on Twitter, just tweeting out “GGs Only,” as well as congratulating Sentinels pro Kyle ‘Bugha’ Giersdorf, who finished in first place and took home the $3 million grand prize.

Tfue’s results and placement meant that he still walked away with a hefty $50,000, and as much as people might think he doesn’t need the money, 50 grand is still 50 grand.

Not to mention the fact that qualifying for the World Cup finals was a very commendable feat of its own, considering how many of his fellow superstar pro players and content creators failed to match the achievement.

If anything, this performance will likely only drive him harder to succeed and improve his gameplay, and there’s no doubt he will do everything he can to be back next year to try and redeem himself.