It looks as though Fortnite star Turner ‘Tfue’ Tenney has found a way to continue competing in Fortnite’s Trios tournament series without Dennis ‘Cloak’ Lepore as their professional relationship continues to spiral.

It’s no secret that Tfue and his trio partners Cloak and Thomas ‘72hrs’ Mulligan haven’t been on the best of terms in recent days. News first broke about the rift on September 7, when he tweeted he was looking for a new trio to “take competitive seriously.”

When word got out that the former FaZe Clan star was trying out a new trio, many pointed out that switching teams could result in him forfeiting his qualification for the trio playoffs to be held later in September. 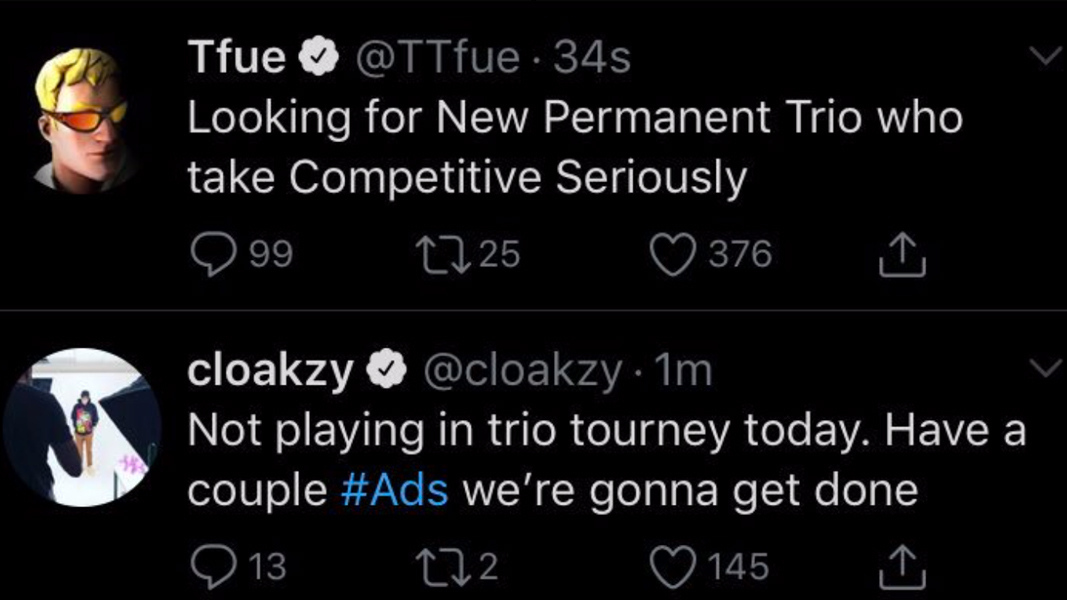 Tfue and Cloak’s war of words has been highly publicized across social media.
[ad name=”article2″]

According to competition rules, teams that qualify for the next round will lose their spot if one of the players ends up leaving, which would obviously be equally detrimental for all three stars.

However, now it looks as though he may have discovered a legal way to play in the next round of the competition without any of them having to forfeit their spot, thanks to a section hidden deep down in the official rules.

4.2.7    Without limiting Section 4.2.2, teams that qualify for the Season Finals may perform a one-time trade of one of their players with another single player from a different team that has also qualified for the Season Finals within the same region.  This trade must occur before the trade deadline prior to the start of the Group Stage on September 17, 2019 at 11:00 PM EST.  All six (6) involved players must unanimously agree and request the trade by contacting an Event Administrator, reachable via email at [email protected]

There are some distinctions that could play a role in the former FaZe player’s next steps. Mainly, all six players between the two teams have to unanimously agree on the swap, meaning Cloak and 72hrs are going to have to be onboard with any changes to the rosters, including taking on the unwanted player from the other team.

The other factor is a time limit placed on the trade. Section 4.2.7 reads that the transfer policy is only available before the start of the group stages on Tuesday, September 17, which means Tenney is going to need to get a hustle on if he wants to pull the trigger on the trade. 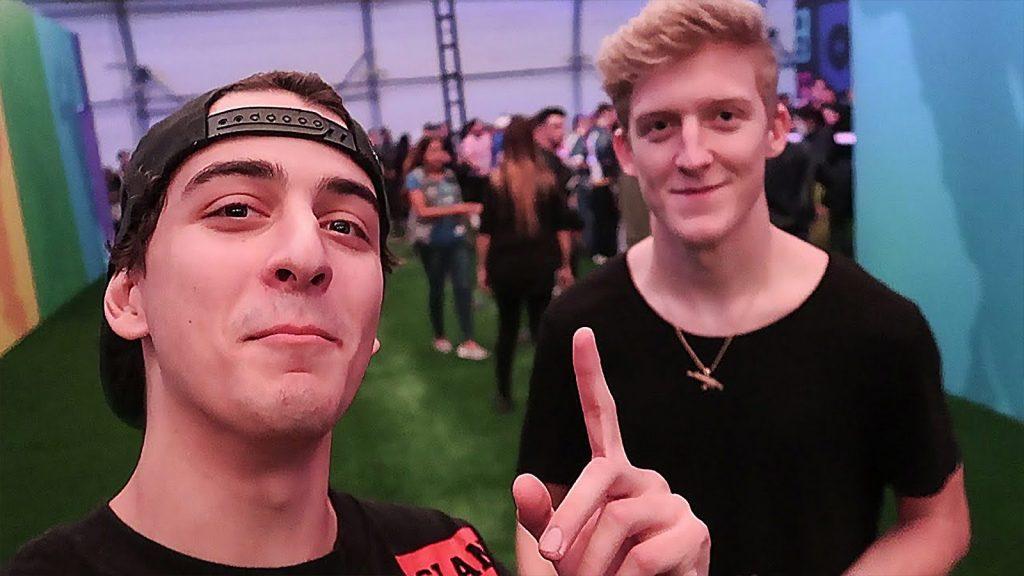 Tfue and Cloak have been one of the most popular duos in Fortnite.
[ad name=”article4″]

Whether or not the Fortnite icon does make the call on his future away from the pair, the fact that he’s investigating legal ways to get out of their grouping for finals seems to point towards the long-standing trio not taking to the stage together any time soon.