Cloak Fortnite Championship Series tfue
Turner ‘Tfue’ Tenney and his squad rage quit from the final game of the fourth week of the Fortnite Champion Series (FNCS) after the team had an explosive falling out following a poor finish to the day.

Tensions boiled over during Week 4 of the FNCS, with Tfue and his squad rage-quitting from the tournament during the finals.

Decent performances over the last few weeks have been overshadowed by their explosive November 24 meltdown, which saw the team collapse in the in-game comms before taking to social media to continue hurling insults at each other. 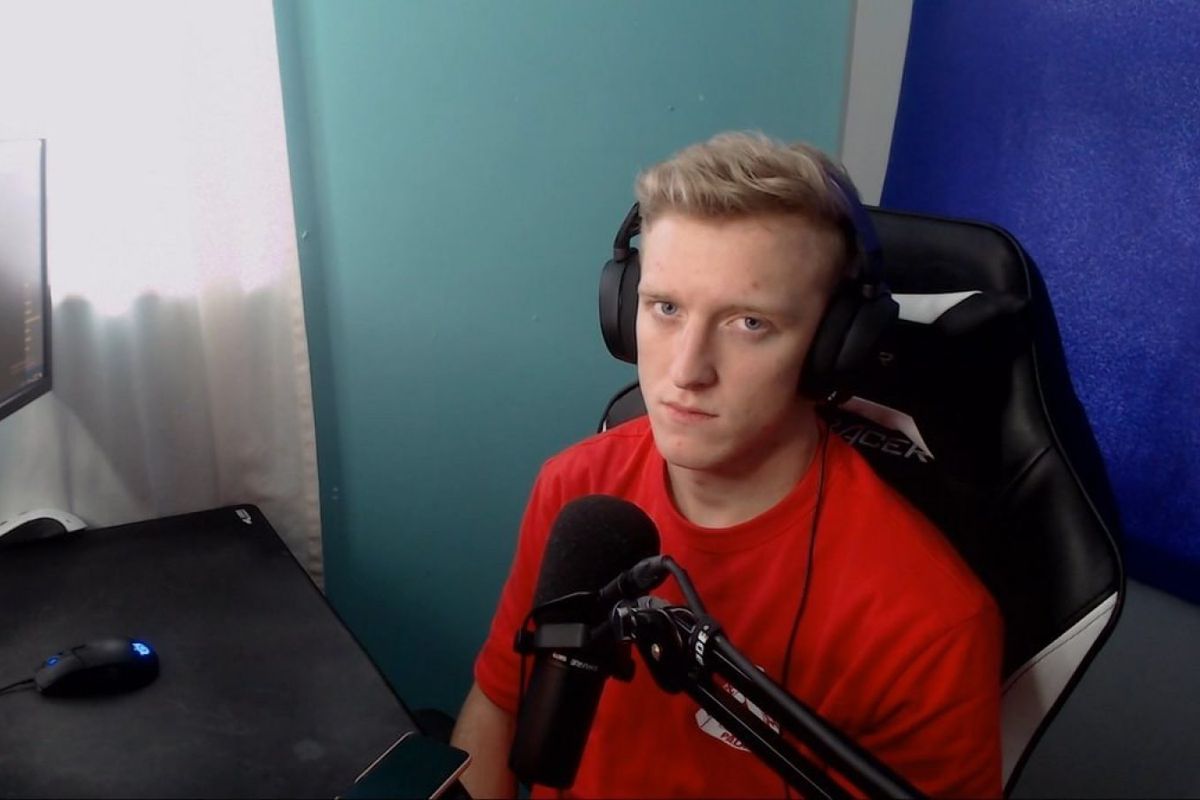 Tfue and his squad had a meltdown during FNCS Week 4.

Tfue’s squad were in eighth place heading into the final game, looking to get back on track after a horrendous game five. However, nothing went to plan for them, with the squad getting hot dropped again.

While they managed to find a few picks, Alex ‘Fiber’ Bonetello ran into the fray to try and finish the squad off but instead found himself downed instantly.

This gave the squad enough loot to survive the rest of Tfue’s teams onslaught, and pick off the members one-by-one, all but guaranteeing the star-studded squad were to be placed poorly in the FNCS decider.

After Tfue was knocked out, and the team placed 25th, the squad instantly burst into arguments, blaming one another for the team’s failures on the day.

Fiber and Khanada went for each other’s throats during the exchange, hurling abuse at one another for their perceived poor performances.

Khanada specifically aimed his vitriol at Fiber’s choice to rush, which he believed had cost them the fight, and the game.

Instead of making up and battling the rest of the games out to try and secure a top 10, they decided to part ways and take their battles to social media.

Fiber tweeted “Khanada has to be the most immature kid I have ever played with” shortly after the squad butted heads, before deleting it minutes later.

In retaliation, Khanada tweeted a vague “I’m so f*cking tilted holy sh*t,” although that’s unclear as to whether he’s mad with himself, other teams, or his own team for their meltdown.

Fiber apologized for his earlier tweet directed at his long-time partner, saying that “me and Khanada are friends no matter what, we are winning FNCS.”

Me and @Khanada_TV are friends no matter what. We are winning FNCS. you will see

The squad quickly changed their sights towards other teams who specifically targeted them, including Fiber’s former duo ‘Neferux’.

Cloakzy also got in on the action, backing up his teammate. “Both teams in last place rotating into Steamy in finals,” he said, taking aim at teams who adapted their regular drops to target the popular streamers.

Both teams in last place rotating into steamy in finals pic.twitter.com/Zhd6MLFER7

Tfue’s squad will finish Week 4 with 37 points, after managing to accrue some eliminations in their earlier games. It didn’t have an impact on the team’s overall placing for the week, with the meltdown occurring in the last game of the day.

It’s a disappointing result after a hopeful Week 3, where the squad placed second in NA East and looked to have found some hot form.

This article has been updated. When this piece was first published it mistakenly suggested Tfue and Cloak’s four-man squad were to contest 10 games in FNCS Week 4, instead of six. This has been corrected.
Advertisement