With two teaser images and poems now released for the mysterious ‘Fortnitemares’ 2018 in Fortnite, it looks like one larger images is set to be made of four parts.

The first teaser, released on October 20, showed an unreleased skin wearing what appeared to be the hat from another season 6 skin ‘Calamity’, along with the first cryptic poem.

Then, on October 21, a second image and poem was shared on Fortnite’s official Twitter, this time showing a rune trapped in chains, which some fans have speculated is the top of a pickaxe or a back bling.

However, some eagle eyed Fortnite fans noticed that there was small purple lines on both images, and when put side by side, they seem to line up perfectly.

Back when season 6 was being teased by Epic Games, they similarly used a technique where the teasers were coming together to form one larger image.

Courtesy of @fitriihsan713, Epic once again seems to be using this technique, as the two pictures, one of the unreleased skin and the other of the rune in chains, clearly match up.

It should be noted that in this example, the fan has used the versions uploaded to Fortnite’s official Instagram, rather than Twitter. 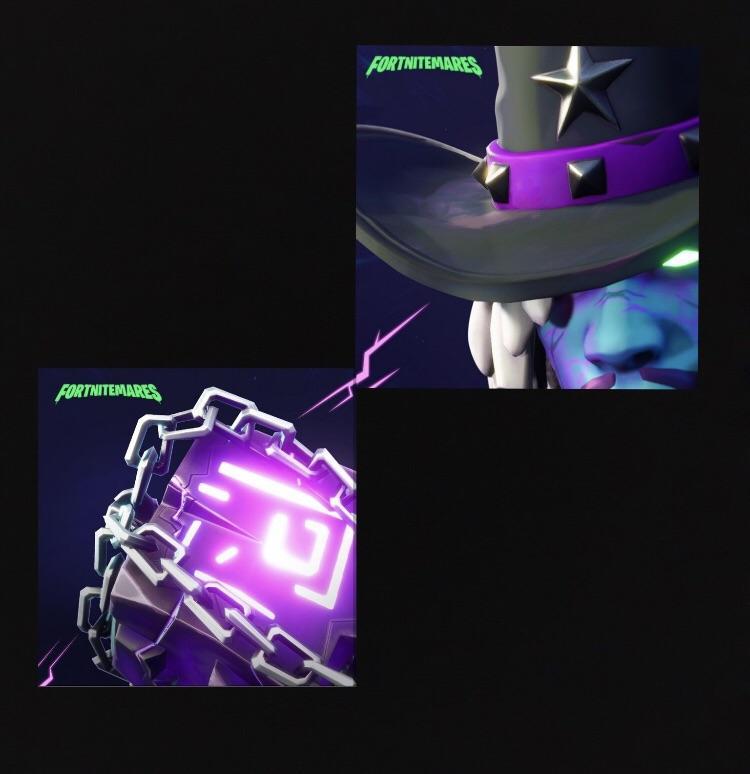 Judging by this, it would seem certain that at least two more teasers are to come in order to complete the full image, but what it is exactly is anyone’s guess at this point.

Further, if the two images are linked, it’s likely that the two cryptic poems are too, in one way or another, related. The first poem was as follows:

Costumes and dancing,
Partner up, be wise.
They could be friendly,
Or a ghoul in disguise.

Followed by the second poem:

Tombstones quake,
Keep your finger steady.
The circle will close,
Better be ready.

Perhaps this is one whole poem, yet to be completed, with four stanzas. We will have to wait and see, with another teaser expected from Epic on October 22.