Fortnite Battle Royale has made a staggering $100 million in revenue in the first 90 days since it was released on iOS, making it one of the most successful mobile game launches in history.

Fortnite Battle Royale’s popularity is nothing short of staggering, and its release on iOS was one of the most highly anticipated launches of a mobile game in history.

Now, according to new data from Sensor Tower, it has become the third most successful launch in mobile gaming history behind Niantic’s Pokémon GO and Supercell’s Clash Royale in terms of revenue.

The popular analytics platform has reported that the Fortnite on mobile reached $100 million in “worldwide player spending” in just 90 days, and it hasn’t even been released on Android or available in China yet.

When compared to its biggest rivals in the space, Fortnite on mobile smashed the records of games like Honor of Kings and Knives Out in the race to $100 million but did lose out to Clash Royale, which took just 51 days to hit the same milestone. Fortnite also comes second in terms of the top grossing mobile action games in the first 90 days, with Clash hitting $154 million in the same time span.

Pokémon GO, according to Sensor Tower, had an even more impressive launch. However, it seems to have been left off of the graphs as it wouldn’t have been classed as direct competition for the “multiplayer mobile action games” genre. 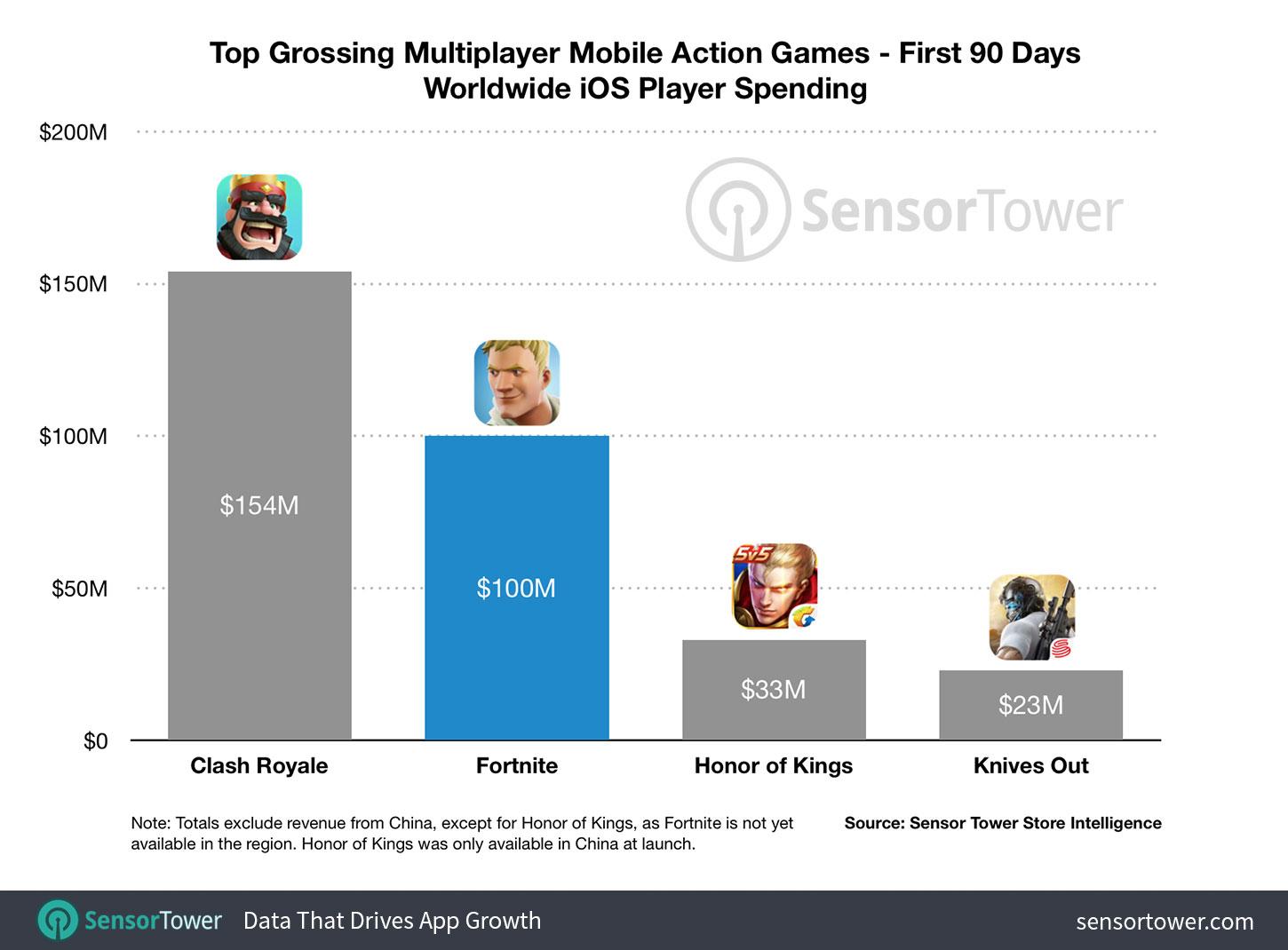 Sensor Tower states that “Epic Games seems to have found its winning revenue formula across console, PC, and mobile” through the sale of limited time items and the Battle Pass seasons, with the revenue quadrupling when Season 4 started.

While the reports of Fortnite’s success on mobile are hardly surprising, considering the popularity on other platforms, the figures are still impressive.

With an eventual release on Android, and in China as a whole, to look forward to, Fortnite on mobile promises to keep earning Epic Games a great deal of money in the future.