Epic Games have confirmed that movable shopping carts will be coming to Fortnite: Battle Royale in an upcoming update.

Following datamined files, community members questioned whether or not movable vehicles would be introduced in Fortnite: Battle Royale in the future.

However, on Monday, May 28th, an in-game update confirmed that ‘Shopping Carts’ would be added to the game, which may be the first opportunity for players to be transported around the map in a vehicle.

The in-game tagline reads as ‘Roll into battle alone or with a buddy,’ it is believed that at least two people will be able to ride in the Shopping Cart at the same time, yet it remains unknown.

The in-game update menu from May 28th can be viewed below. 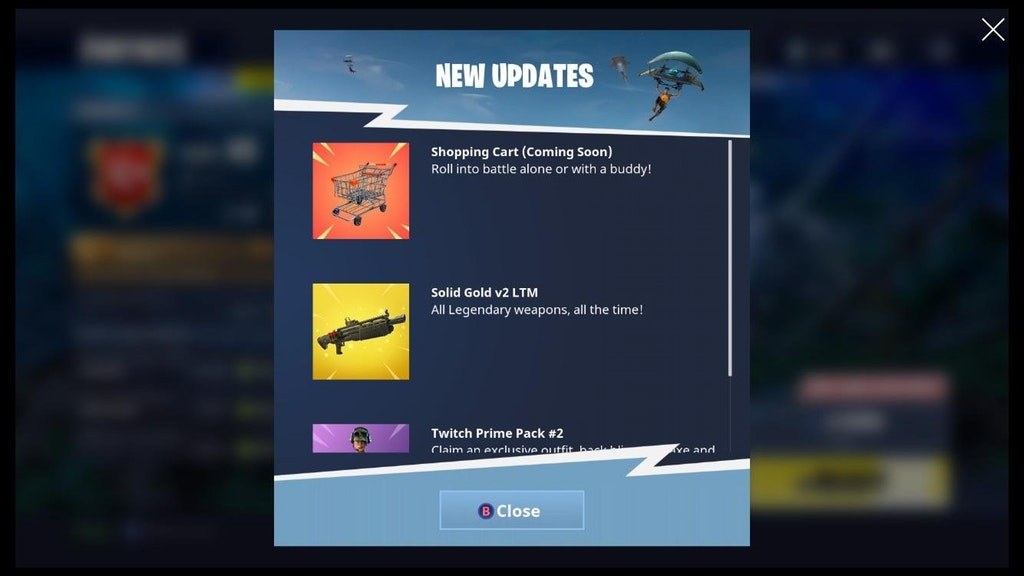 As of writing, it is assumed that the Shopping Carts will be added later this week in a future update, however, it is unknown what they will be used for.

We will continue to provide updates on the Fortnite Shopping Carts as more information is made available.