One of the easier challenges for Week 8 of Season 4 in of the Fortnite Battle Royale requires players to search chests in Salty Springs. Here are all of the known locations.

June 21st marked the start of Week 8 for Battle Pass owners which means that Epic Games has now released seven new challenges for those players to attempt.

Completing these challenges is the quickest way to gain XP and help them level up through the 100 tiers for Season 4, earning new skins, items, and other cosmetics in the process.

One of the simplest challenges for Week 8 is to search seven chests in Salty Springs, so if you’ve noticed more people than normal dropping in that location, you now know why.

Most experienced Fortnite players will already have a mental image of Salty Springs and its various chest locations, but some of you newer players might be struggling to find and open them before being eliminated by everyone else trying to complete the same challenge.

Luckily, the guys over at Fortnite Chests have you covered. The screenshot below shows all of the known chest locations for Salty Springs, but remember that they won’t all spawn every single time. 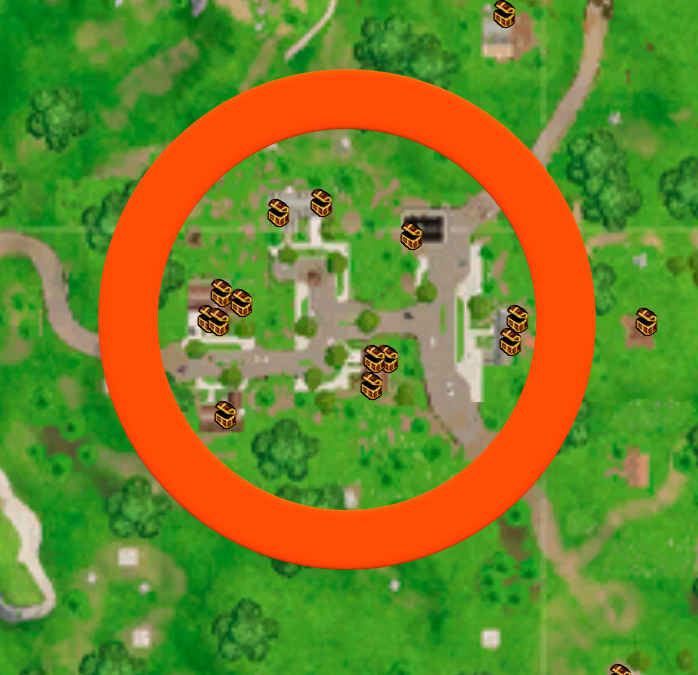 If a lot of people are dropping in Salty Springs, you may need more than one game to open all seven of the chests required to complete the challenge.

As always, ensure that you finish each game, by being eliminated or winning, or your challenge progression might not be saved.